Commaful
Endless Journey Just a theory about the World 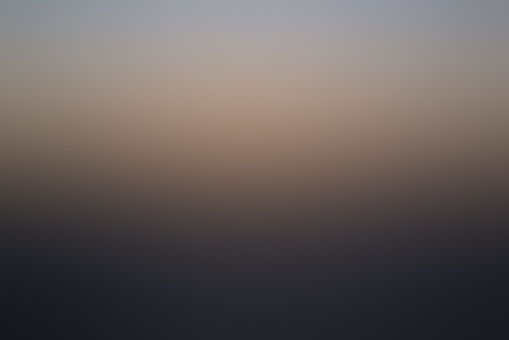 dr4pos Community member
Autoplay OFF   •   a year ago
Transcript Use Images
Some universes have more layers than you think. but just a hand full of people can enter a different layer then yours. What if you could?
fiction fictionromancefantasymutliversetheorytheoriemultilayerd worldmultiverse theoryromanticemdless journey most romantic fantasy storiesfunniest eternal storiesfunniest fiction stories

Endless Journey Just a theory about the World

I can hear the wind in my ears. It is really loud.

Where am I? or am I even anywhere?

I'm falling! but why?

The boy ran out of the House. He heard their storage cabin crashing but then he arrived.

It still stood. Just the Roof broke down. Strange they build it a few weeks ago. Either the handler gave them cheap wood or...!

He looked inside and saw an Angel. He precisely saw a Woman laying on the Ground but she must've been an Angel.

The Angel woke up and sat down. She looked sleepy. She rubbed her head and looked around.

"They really let us fall down. That hurt! are you alright ca..." said the angel and froze. It looks like she was expecting to see someone else than the boy.

Fear was visible in her eyes turning into shocking horror. "Don't be scared I won't hurt you!" said the boy but before he even could say more.

"I think I need your help. What is in this direction?" She pointed in a direction left from her and the boy answered: "The town's market..", "I mean further!"

The boy was confused, "What do you mean with further?", "I mean a few miles away or something, What city is there?"

"In this direction are no cities just the ocean. Why do you...!", The angel stood up and interrupted him, "Can you help me?! I need a boat then, to cross the water."

The boy stuttered, "Uhm, sure I just ask my Dad."

Is this the Ocean?

under normal circumstances, I would've already hit the ground.

Think. Why am I up in the air?

I just remembered that I walked through a door.

"This is our boat." The Dad pointed at a small rowing boat at the pier. "Thank you very much, dear sir. How can I pay you for your help?"

The Dad laughed loud, "It is payment enough to be able to help an Angel don't you think? So hurry up and bye."

He waved them and stood there, while the boy and the Angel were entering the boat. The angel made a staff appear with paddles attached to it like on a windmill.

But the dad was not surprised other than the boy who watched this with open mouth. The angel held the paddles in the water and they started turning

"Why are we going there?", "To catch someone!" answered the Angel, "quite literally!"

"Can I ask you how you end up in our cabin?", "Do you know something about multiple worlds or Dimensions or similar?"

The boy was confused. What does that have to do with this?

"Uhm, no?" The angel sighed, "ok than from the scratch. Do you believe in heaven and hell?"

"How can't I, if an angel is right in front of me", good start, "Now imagine there is a world that is exactly like this one but it doesn't have heaven and hell but something else, Nirvana for example."

"What do you mean?" The angel was in a Hurry but she tried her best to stay calm. "Ok, imagine our world we are in at the moment as a House ok?"

the boy tried and said, "I will.", "And the place you are in at the moment, everything you know now is the LIVING ROOM."

the boy tried to paint this picture in his head as well as he could. "Ok", "And heaven and hell are just different rooms that you enter in this House."

"Good!" said the boy and kept on imagining, "And now think there is a house there the living room looks exactly the same but the other rooms look different"

Is that even possible? well, it doesn't matter he wants to understand. "Okay", "So the world you know is basically just the living room and you don't know what in the other rooms is."

"The person I'm looking for was in one of the other rooms with me and we left it through the same door but came out on different ends in the Living room."

The boy shouted: "so you come from heaven!", "It is a little bit more complicated. Our world is not connected to just two rooms."

The wind is getting louder

How do I get out of this?

I must've been near the end of our Atmosphere.

"OK, I understand now what you mean but? How does that explain where we are going?", the angel didn't know how to answer.

She explained to him the theory of multiple worlds and Dimensions within one Universe, in relation to the Multiverse but ... Why? It made sense a few minutes ago.

"We managed to go to one of the other Rooms of our Universe, and we left through the same door! But we ended up in different places."

The boy looked perplexed, "How?", "Yeah, this is because of what I explained to you. the Rooms are Connected in many different ways."

"The reason why we don't end up even further from each other is that we walked through the same door."

The Angel could finally see him falling down.

What fortunate was that she already had an idea. She turned the staff with the paddles into a flat Birdlike construction and threw it with all her might in his direction.

Now that I think of it

but I still need to soften my Fall

Yes he had something for it that looks like a Pyramid

The boy saw the Construction she threw and how it disappeared in the air after it passed the falling person.

Shortly after: above this person appeared what looked like a pyramid. He immediately started to fall slower, more like gliding.

The falling person seems to see the Angel and the Boy and managed to turn in their direction.

Shortly after: he landed on the boat and the Pyramid, which was as the boy saw hollow inside, disappeared.

A hug, A Scream, A splat and the Boy realized. He was suddenly alone on the Boat.

He looked into the water and saw the two wet Angels in it, Laughing.

"You can't just jump at me like that." Said the man, the other angel splashed some water at him and said, "I can! And I'd do it again. I just missed you so much."

The boy looked at the two loving Angels and said: "I'd recommend you to come back into the boat. I heard the sea can get rough quickly."

Both nodded and managed to climb into the boat, and as soon as they sat, they were sitting next to each other, cuddling.

She was telling him everything from crashing into the boys' cabin to them spotting him in the sky.

He explained to her that he was a few minutes or so unconscious but then realized what they did before.

"So and you explained to our friend here a few basics about multiverse theories?", "Yes, a few things. But I guess we can keep going till we are at the town again."

"Sounds lovely!" said the man and she smiled.

The boy was rowing the boat. Not because they told him to. But more because he felt like that is the best thing he could do now.

And while he did that, were the angels telling him all about their "multilayered world theory" and what that has to do with the Multiverse theory

And he learned that the "Angels" were two of the Immortals.

The judges to be precise.

But what they did in this other world.

and what world that was.

was kept a secret by them.