Commaful
It's All in the Eyes 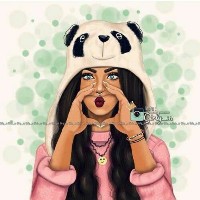 christinahobbs Just a girl who lives to dream
Autoplay OFF   •   3 years ago
Transcript
He was in love. Again.
romance

It's All in the Eyes

He was in love. With her.

Didn't he tell himself and her that he was over it? No more. He was done being a sap.

But the only problem with that brave statement was that he said it once a week.

And the more he said it the less he believed it.

Everything about her drew him in like a moth to a flame.

Her hair. Her skin. Her eyes.

Those cold, beautiful, cruel eyes. She always looked at him the exact same, unfeeling way even while he was confessing his love.

Except for lately. Recently her gaze had softened. Now she looked at him in a more civil, less hostile way.

She wasn't necessarily prettier without her scowl, but the glances did send shivers up his spine.

Too bad she didn't look at him like that when she was alive. Things wouldn't have turned out so bad if she had.