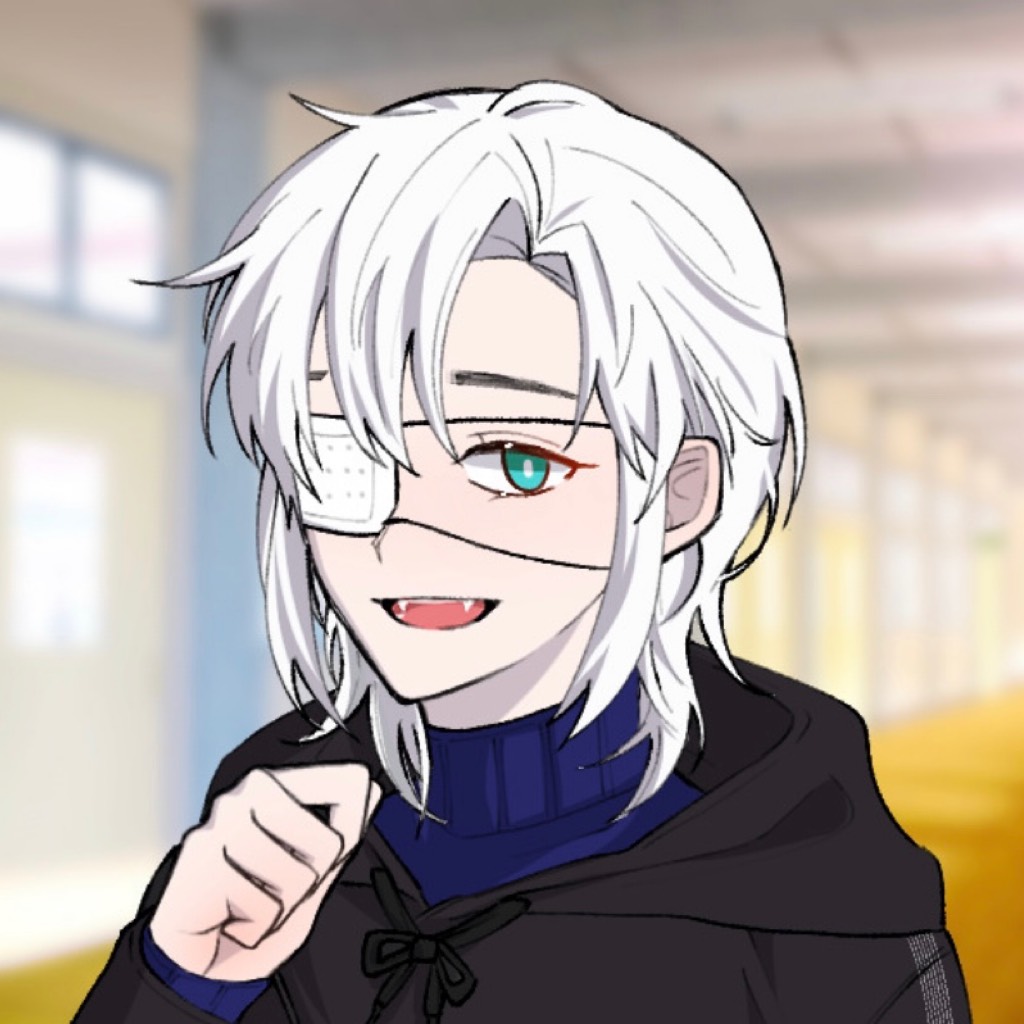 byakushisakura rper, wannabe writer. Criticism welcome!
Autoplay OFF   •   5 months ago
Transcript
After having seen him at his worst Remus finally starts to open up to Tonks.

Just before sunrise she heard the familiar loud crack of someone aparating and rushed outside to meet him, quickening her pace to a run when she saw him collapsed on the ground.

"Are you okay?" Tonks asked worriedly as she carefully rolled him onto his back and held his head in her lap, taking in his condition as she gently brushed the sweat soaked hair from his face.

He looked up at her and smiled weakly as he gave a slow nod. "Y-yeah." He breathed wearily. "It's just difficult to aparate after the full moon, that's all." He told her.

Tonks smiled softly and kissed his forehead. "Next time I'm coming to get you, no arguments." She told him as she stroked his hair and held him, letting him regain some strength before standing.

"C'mon, lets get you inside and cleaned up." She said as she offered him her hands.

Remus looked up at her and took her hands and pulled himself up before walking towards the house, stumbling slightly from the pain and exhaustion.

He felt her slender arm wrap around his waist and looked over to the girl before smiling wearily. "You'll get blood on you." He told her, though made no effort to pull away.

"Blood washes off." She said as she helped him. Once inside she ran a bath for him and got out the first aid kit before leaving as he started to undress.

"C-can you stay?" He asked as he pulled off his shirt to reveal the fresh gashes from a fight he had had with an another animal.

Nervously twisting the shirt in his hands he avoided looking at her as he waited for a response.

Tonks turned back to face him before smiling gently. "Of course, my love." She said as she placed a kiss against one of the older scars. "This doesn't change who you are, nothing ever will." She said before looking up to him, frowning as she noticed the tears leaking from his eyes.

She reached up to dry the tears and realized for the first time just how deep his fears must run. "Lets get you cleaned up before the water gets cold, then you can rest."

He nodded and finished undressing before getting into the tub with her support.

He started to clean the blood and dirt away but Tonks took the cloth from him and kissed his cheek before gently washing him.

You don't have to do this." He tried to protest. "I can wash myself." It felt nice but he wasn't used to being cared for.

"Hush you." She said as she leaned his head back and washed the grime out of his hair.

After he was dried off she had him sit on the edge of the tub and used dittany on his fresh wounds.

"You should have saved that for something more serious." Remus said softly as he watched her. "I'll be fine, my wounds will heal."

"Nonsense." She said softly before kissing him. "I know you're already sore from the transformation, I don't want you to be in any more pain."

Remus smiled as he returned the kiss and let her finish. Although he had always been very independent the werewolf did enjoy having someone to take care of him during these times.

The condition had always caused him a great amount of pain but it got a lot worse as he aged and was now to the point where the pain didn't leave him completely, though the dull ache was something he had gotten used to.

Once she had finished Tonks smiled slightly and stroked his cheek. "Let's go lay down, I'll clean up in a bit." She said before kissing her boyfriend and helping him up.

Remus wasn't exactly sure how it had happened but before he could make it to his closet to get changed he was laying on the bed with her and she was naked as well.

It started out simple with them just kissing and caressing each others bodies as though trying to memorize them.

As he got more comfortable being like this he relaxed and just let his instincts take over.

While they made love he didn't feel the pain or exhaustion that usually consumed him so soon after the full moon but once they finished it slowly crept up again as he lay be her side.

Tonks noticed the pained expression as he closed his eyes and grabbed him a joint from the bedside table. "You just relax." She said as she kissed his cheek and handed it to him.

"I'm going to clean up and take a quick shower." She told him before getting up.

Remus nodded and watched her leave before conjuring a flame to light the joint, sighing as he relaxed against his pillows.

He didn't smoke too often but found that it took the edge off the pain in the early hours and helped him sleep more soundly.

He held a hand behind his head as he stared at the ceiling, deep in thought.

Maybe it's about time he shows some commitment, they had only been together a few weeks but she had stayed by him during his worst hours.

She didn't seem to care that he was poor or old or broken, none of it mattered to her but something about this still made him nervous.

Once again Remus was so deep in thought that again he hadn't heard her returning several minutes later but this time he looked over as he felt the bed dip down slightly.

Tonks laid down and opened her arms for him, knowing how he liked to cuddle when he wasn't feeling well. "Come here." She said softly.

Remus smiled slightly and snuffed out the roach that was left in his hand before rolling towards her.

His arm was draped across her as he buried his face in her shoulder, closing his eyes as she stroked his back and placed gentle kisses to his head.

Despite being almost a foot taller that the girl Remus enjoyed being held like this, it helped him to relax and feel safe for the first time in years.

He turned his head to look at her and smiled softly. "I love you too." He said softly as he drifted off to sleep, finally replying to her words from the night before.

Tonks smiled as she watched him, resting her head against his.

She was glad that he had started becoming more comfortable with their relationship but noticed that he was still quite hesitant, almost as though he was scared to form any kind of attachment.

It was understandable though after everything he had been through, and everyone he had lost.

"I promise that you'll never be alone again." Tonks breathed against his hair as she pulled the blanket to his chest and just hugged him tightly. "I won't let you lose anyone else." She closed her eyes as well and quietly drifted off.