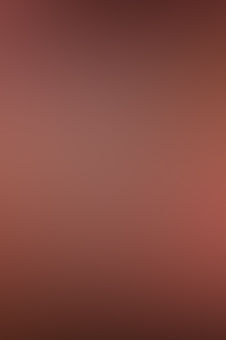 bibliotaph Waiting on my favorite book
Autoplay OFF   •   10 months ago
Transcript Use Images
"What the heck is this supposed to mean!?" Katherine exclaimed. "I have one idea," Diana said slowly.
fiction friend-shipfriendshipmagic

"What the heck is this supposed to mean!?" Katherine exclaimed.

"I have one idea," Diana said slowly.

"Well, then Diana, you better start explaining because I think my head is about to explode!" Katherine continued.

"Okay, but please promise me that whatever I am about to reveal, you won't freak out and you'll believe me, okay?" Diana said coolly.

I get in trouble even for the tiniest sliver of bad, so I'm trusting you with my future wellbeing.

What is so crazy that you need me to not freak out? Wait, are your parents divorcing and that's your new step-grandma are something? Wait, that's not possible! Forget I said that. Wait is it?"

Diana just burst out laughing, "No, no! My parents are not divorcing and that lady isn't going to be my new step grandma. Oh my gosh! Who knew you could craft a story like that!"

"Maybe you just don't know that much about me," Katherine said in barely a whisper, but Diana heard her loud enough.

"What? An insecure teenager's vivid imagination? Or wait, no.

An insecure, self-absorbed idiot who you felt pity on so you became her friend?" Katherine interrupted with the look she saves for when her parents blame her for things she did not do.

"No! Do you really think that? That is not fair, nor true! I'm sorry if it sounded like that, but believe me you're not the only one who has a lot on their plate, okay?" Diana said, outraged.

"What do you mean?" Katherine said, calmly.

"I mean that lately, I've experienced things that no teenager has ever thought of, okay?

I have this sort of alternate reality that keeps coming back for me, no matter how hard--I--try!" at this point, Diana was already crying.

"Hey, hey. Shhhh. You're going to be allright. I'm going to make sure of it. Shhh," hugging Diana, this time, the look on Katherine's face was pure determination.

She knew what it was like to be insecure and feel like your life was a mistake. Diana released herself from the hug and pulled out their lockets from her bag.

Diana passed the locket with a "K" on it to Katherine. Katherine lifted her dark brown thick, curly hair, and put on her locket.

Diana got out the locket with a "D" and put it on beneath her auburn sleek, straight hair.

The sun was setting so they walked towards Jeanville Lake. It was considered the prettiest lake in the whole region.

It was also said to have "magical" properties, and before now, Katherine thought it was just a silly tale.

"What was your theory?" Katherine asked.

"Well, I found out magic exists," Diana started slowly, checking every second the expression on Katherine's face, "and in our families, it is said that we can control certain elements.

If you've noticed, you'll see that you as a Spencer, can control fire, and I, as a Bartlet, control wind."

"Yes, but you have to access it first, that's what the lockets are for. They each will take us to an ancient temple that requires this locket to come in.

Once you put the locket on under the moonlight and touch it twice, you'll have the powers, but I know this is a lot to take in,

so if you aren't ready for this you have until your eighteenth birthday to decide. Your father decided not to, but your great-great-grandfather did.

He was the last Spencer that unleashed the power," Diana explained.

"Wait, how did that happen? How did I only find out about this now?" Katherine gasped.

"Your parents--father, sorry, did not want you to have these pwoers because he was afraid of how you would control your power.

It takes practice and your great-great-grandfather couldn't control his power so he created the Great Chicago Fire," Diana said sadly.

"He did that!" Katherine breathed heavily, "how is that supposed to convince me to get those powers!"

"It's not," Diana said bluntly, "It's supposed to give you an idea of the responsibility that comes with these powers.

I want you to understand what you're getting yourself into before it's too late."

"Okay, but that was my great-great-grandfather. I'm a different person. I will get those powers. Are you is now the question?" Katherine replied determined.

"You don't know do you? You were hoping that I would say something that would make you choose yes or no. Gotcha.

Well, if this helps, then we can prove to our families that we can shoulder this responsibility.

I know that this is how I feel, and I realize that I may not understand this as well as I should since I've only known about this for 5 minutes,

but I believe that this is just the change that I need. Unfortunately, my life isn't as good as I look," Katherine smiled.

"You're right. This is just the change we need. Let's do this," Diana help tightly at Katherine's hand as the disappeared in thin air.