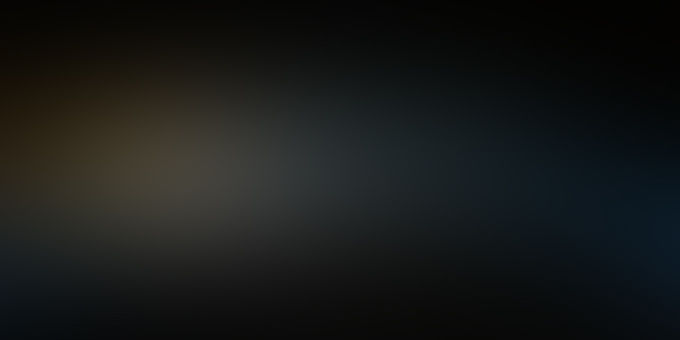 beentothemoon I am an aspiring Author.
Autoplay OFF   •   16 days ago
Transcript
Chapter 1: Stories and Training
The next day
fiction fantasyfictionactionchapter of a storymagic

Catherine found out certain things from the knife created by Leonard, first being that it was a metal with no impurities and with incredibly high heat resistance,

second being that the knife itself was somewhat hollow.

She had this confirmed the blacksmith of House Phoenix, someone with a magecraft that coincidentally helped him see such things, as such he was a perfect fit for the blacksmithing job.

Catherine believed that she needed to give Leonard and Joseph a breather for the current day due to the events that transpired the day before.

Leonard's wounds took the entire day to heal to the point in which he could even move around without feeling pain and Joseph overexerted himself and used too much mana,

putting himself in a position on par with Leonard.

So, she decided to take a day off and tell them a story. They all sat in the middle of the training area.

They all were on chairs, incidentally 2 members of House Phoenix decided to join in, Jessica and Calam.

Both were decent people, not hateful, not arrogant, but instead genuinely kind and caring for others, old friends of Catherine.

"Have I told you 4 about the time me and Alastair got imprisoned?"

"We were outcast by the kingdom remember? It's only natural for the city's guard to wish to imprison us."

Catherine smiled a bittersweet smile as she remembered the events.

"Woah there, I don't remember hearing any of this! Not from you or from Al!"

"We all know that Al would never tell our stories and I didn't tell you guys cause' I thought it wasn't relevant."

Catherine said with laughter in her tone.

"Wow, thank you so much Catherine for making sure that we don't know about something so incredibly important and quite possibly, entertaining.

"Cal, I think you're being a bit overdramatic here."

"Yeah, maybe, but why didn't Al tell ME anything? I was basically his biggest fan."

"Cal, I think that was the reason why he DIDN'T tell you and preferred to just never talk to you."

"Mom, could you start the story please?"

"Leonard, you should wait, she's clearly talking to her friends."

Catherine let out a laugh watching them.

"It's fine Joseph. Leonard's right, I should get on with the story."

"Yeah, it wouldn't be fair if only the adults have fun."

Jessica said whilst walking around.

Several years ago within the Kingdom of Altir

The Kingdom of Altir was situated incredibly close to a tundra, it was practically within it, and as a result, it snowed there quite often, snowstorms were just as frequent.

A blonde haired girl and a black haired boy ran through the streets of the city during one of these snowstorms.

Both of their eyes were covered by bandages, upon their body were several more bandages, covering wounds, blood stained them.

Both of them wore fairly expensive clothing, it was quite evident that they were descended from rich families despite their wounds.

The boy led the girl by the hand. Behind them were several armored soldiers, chasing them with weapons ready.

Eventually the children stopped as a volley of arrows was shot at their feet, they may not have been able to see it, but their hearing was keener than all others.

Several archers were posted on rooftops, all aiming at them, ready to fire.

A man spoke he was dressed in a white coat, he was of military standing for certain.

"We were personally requested to not kill them yet. Throw them in the jail. They should die over the course of the year, slowly...painfully."

This man spoke with some level of regret. The children were shackled together, their arms and legs bound, they could not escape. The man knelt down to their level.

He snapped his fingers and they felt tired, their eyelids felt heavy and in a matter of moments they fell asleep.

They awoke the next day, at Dawn, their surroundings were not familiar to them, but they knew where they were. They lay upon the cold, hard ground.

Both sat up, behind them and on their sides were walls similar to that of the floor and in front of them a large steel door without any openings.

Their shackles started glowing with a blue hue. They felt their energy drained suddenly, presumably by the shackles.

The bandages on their wounds were gone, as were the bandages covering their eyes.

The boy had blue eyes whilst the girl had red eyes. They were Catherine and Alastair. Nobles by birth, but now stripped of their rank because of their crime.

Around them were others, all children, all in the same position as them, all younger than them. They all looked as if they had lost all hope.

He rose to his feet and stood tall. Rather than being in despair, he decided to be determined and started thinking of a plan. Catherine stood beside him, both determined to escape.

Suddenly, the door swung open. An armored guard walked through. All the other children started backing away from him in horror. Only Catherine and Alastair stood before him.

He went to grab one of the several children but Alastair got between them.

His shackles broke, as did the ground beneath him, a blast of wind shot out of his arm, shredding the armor wore by the man and his flesh. He screamed out in pain.

The ground opened up beside the boy, more shackles latched onto him, eventually covering all his limbs. An electric current passed through them, shocking the child and sapping away his mana.

Catherine tried to free him but to no avail. Eventually, he was dropped onto the floor.

"Agh, Do that again, and you're fucking dead!"

The man said as he grabbed a child, raising them by their hand.

"It's time for your execution, follow the example set by these new ones, and you'll be digging your own grave."

He said whilst pointing at everyone else.

"Catherine, we're getting out of here, no matter what. Be it years or decades later."

"That's how we were caught, as for how we broke out...I'll tell you that at a later time. For now, let's just rest.

Oh and, me and Al were older than both Leonard and Joseph here, I forgot to mention that."

Catherine said as she decided to lie down upon the ground.

"Oh come on, you're not gonna tell us more? The whole escaping part of the story's always the good part!"

"I will, just give me a few minutes. It's been a long, long time. I gotta remember the details."

"But I will say this, it was difficult to escape, very difficult, at every turn we had to fight, at every step we had to suffer, but that didn't matter.

but what mattered was that we were there for each other when we needed to be. Remember that, Leonard, Joseph, it's an important lesson."

She sat up, no longer lying down, she continued. She had a slight smile on her face, though it didn't last long.

"If you forget who your friends and enemies are, you might end up killing one another. And I'm talking from experience here."

Her expression shifted, from that of happiness, to bitterness and rage.