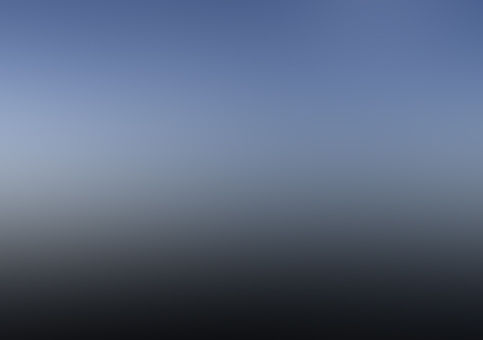 beentothemoon I am an aspiring Author.
Autoplay OFF   •   10 days ago
Transcript
A few days have passed since Catherine gave Jonathan the report on the situation. Now, Leonard and Joseph train harder than ever before.
fiction fantasyfictionactionchapter of a storymagicslaves

Catherine's training regime had become twice as intense. The amount of breaks Leonard and Joseph got was halved as was the length of said breaks.

But of course Catherine never was too hard on the boys she couldn't bring herself to scold them for making mistakes even. She just stayed warm and gentle, guiding them with a soft touch.

Even so, she had put them through hell. The harsh training they had to endure would've been impossible for most.

The training arena was a large coliseum. There were 3 different structures within the arena, each playing a different role but all serving the same purpose, to help with training.

The main area of the coliseum was just flat, smooth concrete ground. If it was damaged it would repair itself over the course of a day.

The stress on his body was rather heavy yet for some reason afterwards, he would feel his strength quickly regenerated.

While Joseph had indeed awakened his magecraft, he didn't have full control over what type of lightning he would produce as he didn't fully understand what these different forms did.

As such he asked his mother for aid as she had been closely observing him.

"From what I've seen Joseph, your magecraft kinda goes like this, red is destruction, green gives you some variety, blue gives you even more variety."

Catherine tried to sum it up as best she could however she knew that her explanation was going to be oversimplified and lacking. So, instead of using words, she decided to use her actions.

"Let me show you with my own magecraft."

With a snap of her fingers a wave of fire shot towards the ground and exploded upon impact.

"That is how your red lightning works, a single straight line of lightning that hurts a lot."

Joseph was a bit disappointed and thought that maybe it wasn't that useful of a skill. Catherine patted his head to reassure him.

"It's not the most flashy kind of magic out there but it's damn useful, don't forget that. If it makes you feel any better I think it's kinda cool. Now, let's move on ok?"

Joseph nodded with a smile, now more excited to carry on. Catherine herself smiled.

She pointed her left arm at a different direction.

A bolt of fire fired off at the direction, in midair the bolt split up into 5 other bolts,

the explosions caused when the bolts had hit their target was far smaller than the previous singular wave's explosion but the area covered was far more.

She moved her arm from that direction, from the ground far away fire burst out from it and followed her arm's movements. Slowly, it began to get closer to her and her son.

Eventually, they were surrounded on all sides by a circular wall of flames. With a snap it was all extinguished.

"That's more or less what your green lightning does, it can split up and be created from places other than your hands.

There is something extra, I can't replicate it perfectly but I'll give it a shot."

Her arms were engulfed in fire. She punched the air with tremendous force, after the punch ended a blast of fire erupted from her fist.

Behind her she created a volley of arrows, all composed of the same flame currently enveloping her arms.

The projectiles shot forward at the slave. A shield of fire was created, blocking all the incoming arrows with relative ease.

The original flame creating the shield was the same surrounding her arms. The fire disappeared.

"You can enhance or enchant weapons and armor but only with the properties of attack and defense.

You can basically give a weapon the effect of attacking twice cause' the first will be a regular hit but then it'll shoot a blast of lightning. For armor, it will make a shield.

It's straightforward, simple and very useful."

Joseph felt amazed, his magecraft had a lot of different things that it could do, and he had to be honest, he thought that it was very cool.

On the floor in front of her was created a whip of fire. She tried to grab it but her hand merely phased through, unharmed.

"Now, if this was your blue lightning, you would be able to grab it. That isn't something I can do with my flames."

Further ahead a symbol was carved into the floor by her magecraft. It was a circle with a line in the middle.

"That right there is a rune.

Not at all one that's complex, it's the most basic of basic runes, it would barely hurt a fly even, but this is just to demonstrate and I'm not really that well versed in runes."

She snapped her fingers and a small explosion was created in the center of the rune, afterwards it completely disappeared.

"As you can see if it was stronger, it would definitely be able to do some damage. But that was a pathetically weak rune. You can make things just like that with your blue lightning."

Catherine paused for a moment and just stood there, resting. But she was also saying something in a low voice that Joseph didn't quite catch.

"Damn, I'm almost jealous at how naturally gifted you are, so young, yet so damn strong, ugh, to get at your level I had to train for 3 years straight.

Wait, this just means that you're only this strong cause' your parents were great, HELL YEAH!"

She mumbled to herself but the final 2 words were quite loud.

Catherine celebrated for a moment when she spoke her final 2 words as well, confusing Joseph, before quickly deciding to get back to the matter at hand.

2 shields of flames were created in front of her.

"You can create these barriers here without needing to enchant something with the property to make them if you use your blue lightning.

While this is great and all, you still need to learn how to properly switch between them.

Ah, don't worry though, soon enough this'll be as natural and easy as breathing, well the switching at least, the whole casting part...yeah, not so much."

Over the past few days Joseph was unconsciously switching between his lightning forms, sometimes this lead to his spells backfiring completely.

He was able to make runes at most, enchant something for a maximum of 5 hits, both for defense and offense, and enhance for 5 seconds, once again for both properties.

She had guided him on how to use these different things, but only now did she give an explanation.

"For now, try to rapidly cast your spells, primarily that red lightning of yours, as you grow you'll understand the usefulness of the other 2 versions and how to use them better.

Remember to use a chant we don't want it blowing up in your face like before."

Chants help to stabilize spells, no one has found out why but it would seem that words simply help with using magic as a whole.

Some abilities of magic absolutely require a chant in order to activate, said abilities are, more often than not, original.

Joseph nodded his head and took position in front of some training dummies.