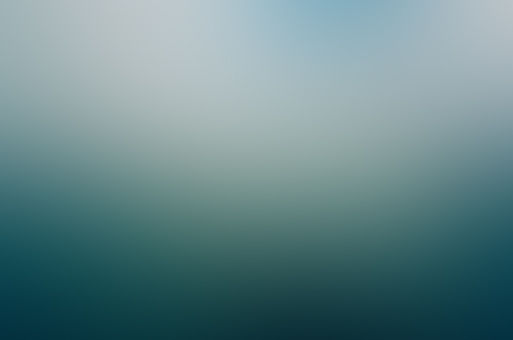 attheomnipotent I am from BEYOND!!!
Autoplay OFF   •   5 months ago
Transcript
PART 2 of CHAPTER THREE (ASTRAL)
fanfiction xmenx-menmarveld'spayred'syrenightmareapocalypsecloak & dagger

"Even if I joined you, there is no way for us to defeat him. According to how you make it sound, I'm too weak to fight somebody as powerful as him.

", Kara replies as she appreciates the skies and the sunset.

"Kara, you couldn't be more wrong. Do you actually know what you are?", the unknown man asks as he refuses to believe Kara's insecurity.

"Then why you believe yourself to be weak? You haven't even fully devoted to what you truly are.", the unknown man says.

"Nightmare, the Divine Pair and the Fear Lords are just myths! They do not exist!", Kara exclaims.

"Oh, Kara! They do exist! Your father was one of them!", the unknown man replies with a smile on his face.

"How's that you know so much about me?", Kara asks the mysterious man while irritated.

"And I do, Kara. I was once like you. Lost and desperate, trying to find their way to absolute happiness.", the mysterious man replies as Kara turns back at contemplating the sky.

"You are part of life the same way how Eternity and Death are part of it. You are one of the many incarnations of Nightmare, the most feared Fear Lord of them all.

", the unknown man says as he gains Kara's attention.

"You are weak now, but once you unlock your full potential, and you learn how to use such amount of power, you will become unstoppable to most. Besides, you won't be alone, not anymore.

Once I regain control of my body, neither he or any of his acolytes will be able to stop us.", the strange man says with praise.

"How are we going to fight him?", Kara asks as she accepts the offer.

"By preventing his coming.", the unknown man says.

"There's a sacrifice that must be done. There are two children with power equivalent to yours.

Kara: "Sorry, but your asking for too much! I'm not going after innocent people, especially children!"

"Not a single soul in this galaxy is innocent, Kara. The kids will soon learn about their powers, and they will become corrupted by it.

As a matter of fact, one of them already is, and he's cleaning the path for En Sabah Nur's return.", the unknown man says.

"There must be a way of convincing them to do the right thing.", Kara hopefully replies to the unknown man.

"No there is not! They are destined to become corrupted!", the unknown man says.

Kara: "How do you know that? I'm a Fear Lord. Does that mean that I'll also be corrupted by my powers?"

"No, you and they are not the same. D'Syre and D'Spayre enjoy causing pain and suffering to others. Nightmare does nothing, but to torment those who deserve it.", the man says with anger.

"Good.", the unknown man says as he happily smiles.

Suddenly, the unknown man turns into a dark, mysterious mist. The strange fog quickly moves towards Kara and starts spinning around her.

Kara, while curious, tries to feel the mysterious mist with her hand when unexpectedly, the dark cloud violently moves in direction to her face, getting inside her eyes, nose, and ears.

As this happens, Kara drops on her knees as the mist continues getting inside her. Suddenly one of her eyes starts to glow dark red as the other one glows a light green color.

Her skin tone changes from light to pale, and her nails and fangs get sharper.

MEANWHILE AT A MORGUE IN SOUTH BALTIMORE...

"So... what do we have here!?", one of the diener/coroner says to the other one.

"Her name is Kara Lynn. She's the mutie who killed those people downtown!", the diener reply.

Suddenly the dieners remove the sheet off of her chest to start the autopsy.

"Bro... the fuck are you talking about!? She's underage and dead, man!", the other diener replies.

"Well, according to the info in the system, she was born on August 31st, 2002, which means she isn't underage anymore.

By the way, because she's dead or underage, which she's clearly not, it doesn't mean that you can't appreciate what they have to offer!", the diener says to his friend.

"Bro, one of these days you are going to jail for sure!", the other diener says to his friend.

"Holy shit!", the diener screams as he quickly backs off the table.

"Bro, what's wrong?", the diener asks his friend while worried.

"Well, maybe she's back to take you to hell for being a pedo!", the diener jokingly says as he proceeds to laugh.

"Bro, shut up the hell up!", the maddened diener says to his friend as his friend continues laughing.

"Come on, hand me the bone saw. Let's do this shit quickly.", the maddened diener says as he approaches the table.

"Chris! Chris!! Christian were the hell are you, you sick fuck!?", the diener says as he looks around the room.

When the confused diener is about to turn back to reach for the morgue's phone, Kara, surprisingly with her right-hand, grabs him by his neck high in the air.

"I'm sorry, but I can't leave witnesses!", Kara says before snapping the diener's neck with her right hand.