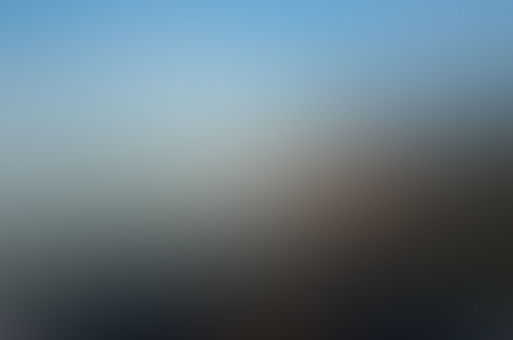 attheomnipotent I am from BEYOND!!!
Autoplay OFF   •   3 months ago
Transcript
PART 6 OF CHAPTER FIVE GENESIS
fanfiction marvel comicspuerto ricoxmenx-mencharlesxaviersblack lives matterblacklivesmatter

In the end, it was just him and the woman who he once called his mother.

The man began questioning her about Jafari and Zara, but the woman, being afraid for the life of the kid who she raised,

refused to give up details about the man and woman who he was looking for.

The man felt resentment towards the woman who had raised him since she had abandoned him right before he could reach to his teenage years,

the same way his biological parents did to him when he was a kid, but instead of killing the woman who he once called mom,

he ordered his men to hold her captive until they managed with the location of those who they called the Caribbean Demons.

As the officers approached her, two young mulatto kids came out of the bushes and attacked them. Still, they were quickly apprehended by the man thanks to his knowledge about magic.

Upon looking at the kids, the man noticed that their faces seemed familiar.

Due to this, he questioned the last witch standing about the kids, but at the women refusing to speak,

the man grabbed the female of the two kids and put his ancient magical sword against her throat.

At doing this, he asked, he asked the witch again, but at the witch refusing to answer the man, the man with his magical sword started to burn the girl's left side of her face.

The witch, at seeing the girl suffering, immediately surrendered and gave the man his shocking answer."

"What was it? What did she tell him?", Amy asks while amused.

The man couldn't believe what had just come out of his adoptive mom; neither the officials could, and because of it, the officials tried turning on the man,

but he was fast enough to get them all with a single swing of his magical sword. After doing so, the man mercifully stabbed his adoptive mother to leave no witnesses and left her for dead.

Hours later, Jafari and Zara arrived at the coven's lair to find out that witches had been killed, that their lair had been destroyed, and that their kids had disappeared.

While hysterically searching through the place, Zara found the caretaker of her children dying as a result of being stabbed.

The witch tried telling Zara and Jafari about what had happened to her sister and their children, but she was remarkably weak to the point she couldn't even speak,

not long after being found the witch passed on to the afterlife.

The rage and fear of Zara and Jafari led them to commit many more acts of violence against the Spanish Empire as they searched for their children.

The Demon Hunter had heard about the death and chaos that was caused by the Caribbean Demons. Because of it, he went ahead and ambushed them with the help of thousands of Spanish troops.

Zara and Jafari were outnumbered, but the number of guards didn't even match their abilities as the thousands of officers were taken down all at once.

Eventually, the battlefield was silent as all of the officers were dead, but suddenly the man surprised the so-called demons with his magic sword in hand.

Jafari and Zara demanded their children to be freed,

but the demands were declined by the man as he asked them to turn themselves to the Spanish Empire if they ever wanted to see their children alive.

The rage and fear that Zara and Jafari felt increased every second as the life of their children were on the line.

As a result of it, the man's words weren't enough to convince the demons, and because of it, the demons engaged in combat against him.

At engaging in combat, Jafari and Zara were amazed by the man's considerable amount of power as he was able to easily take them both down multiple times during the combat.

Jafari's and Zara's abilities were fueled by fear and hate, meaning that with every humiliation and defeat, they would come back stronger than before.

After an intense duel between the Demon Hunter and Jafari, Jafari was defeated by the man as Zara tried to locate her children through the use of witchcraft.

Once she located her children and freed them from captivity, she was confronted once again by the man, who, after difficult combat, she ended up defeating.

After defeating the Demon Hunter,

the product of her rape. As Zara couldn't believe what she had learned, the man took his opportunity to cause her severe injuries with his enchanted sword.

At Jafari, sensing the pain of Zara, his dark and intense feelings became his weapon as he used them to defeat the man once and for all.

At the Demon Hunter getting severely injured, he tried to flee the scene.

Still, the man didn't get far before Jafari, with the man's sword, slashed his back, causing the man to violently fall to the ground.

Jafari's mind was clouded by his intense hatred towards the man who had hurt the love of his wife and kidnapped his kids.

Jafari's mission was to finish the now weakened man, so he slowly walked behind him as the man tried to drag himself using both of his hands and impaled the man's hand with his magical sword,

causing the man to scream in pain. At the man turning his body upwards to face the enraged Jafari, Jafari grabbed the man and slowly started to squeeze the man's neck.

Zara was recovering her conscience as she saw her once-abandoned child being asphyxiated by the man she loves.

At Zara trying to intervene between the two men, she gets violently sent feet away by a hit from her lover.

Due to this Zara, while infuriated, tried fighting the mentally blinded Jafari to avoid him from killing her son,

but she's quickly subdued by Jafari as she has she had no intention of hurting her man.

After subduing Zara, Jafari walked back to the man with the magic sword in hand to finish where he left off.

When Jafari was about to strike the weakened man with the sword, Zara out of desperation threw one of her bright daggers at her husband's hand to make him drop the sword,

but at Jafari dropping the sword unexpectedly the man grabs the sword while in mid-air with his injured hand, he stabs the lover of his biological mom.

At seeing her lover get impaled, Zara dashed towards him as he abruptly collapsed to the ground.

As Jafari agonized, Zara took the sword out of his chest and, with her luminous hands, tries to heal the deep wound on his chest, but in doing so,

she realizes that her healing abilities aren't working on him.

At witnessing this, Zara was overwhelmed by the feeling of despair and started questioning herself,

as "the sword was enchanted in a forgotten ancient language". At the moment she hears this, she grabs the sword.

While taking a look at it, she figures out that the sword is of ancient Atlantean origins, meaning that there was no possible way for her to decipher the magical properties of the sword, so she could counteract the effects it was having on her lover. After watching how Jafari agonized to his death, Zara, while broken, turned to her son and tried to heal him. As Zara was trying to save her son, he told her to don't bother using her powers to save him as he was also doomed to die by the sword for being born of evil, the same way the other half was. Zara, as she cried, asked her son the reasoning behind his despicable acts to which he responded by saying that all he wanted was to use his curse to cleanse the world, so his family didn't have to deal with the same evil that he was destined to deal with for the rest of his life. Zara was already broken, but listening to this tore her heart apart as she realized that the misery in her son's life was caused by the same deal that brought her and Jafari back to life. Shortly after Zara asked for forgiveness, her son finally passed to the afterlife. After that night, Zara dedicated her life to finding a way to break the curse that her children and the children of her children were destined to have."