Commaful
A Lifetime in Paris 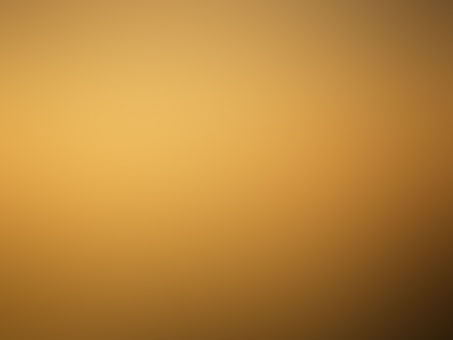 astarisborn Just a bit weird y'know
Autoplay OFF   •   a year ago
Transcript
We ran away to Paris in the summer of 1874. It was warm that year, and our twenty first birthday was only a year away. Maggie and I are twins, she is a minute older and seems to have it in her head that this minute gives her some sort of authority over me. She is mistaken.
fiction lgbtqparisvictorian eracomedyfunnyishlesbiansangstyits so angstyrape or dubious consent lgbtq comedy storieslgbtq prison storiesmost romantic paris stories

A Lifetime in Paris

We ran away to Paris in the summer of 1874. It was warm that year, and our twenty first birthday was only a year away.

Maggie and I are twins, she is a minute older and seems to have it in her head that this minute gives her some sort of authority over me. She is mistaken.

Maggie and I reached the south coast of England in early July, bordered a ship with money stolen from our uncle and sailed across the channel to France.

France is a beautiful country, the weather is fine, the land is green, the people are wonderful, but the food is somewhat lacking. There is something to be said however about their pastries.

With the money we took, money which is rightfully mine by the way, we booked lodgings at a small hostel.

We stayed in Paris for several months, visiting ale houses, having a few too many pints, hustling rich men and women and finally being chucked out into the street.

This lifestyle was however unable to be financed for very long and both Maggie and I found ourselves in desperate need of money, new clothes, and more importantly, baths.

With what money we had left, we swindled a couple of business owners and came away with a hundred pounds. The men were not altogether happy about this and Maggie and I had to run for it.

Seeing Maggie holding her skirts up over her knees in the middle of a public street is something dearly I wish to see again.

Our downfall came several months later however, in the spring before we turned 21.

Turning 21 meant that I would finally be able to spend the money I had inherited, and put a stop to my Uncles more than frequent 'borrowing'.

Before we could age this fateful year however, our less than acceptable preferences were discovered. Usually, in Paris, the discovery is not so bad.

But when you're found, trousers down and hands against the wall in the middle of a public street, with no less than five witnesses, the policemen are unfortunately unable to turn a blind eye.

It wouldn't have been so bad if my sister hadn't have stumbled blind drunk into the alley where we were all standing, snogging a lady in a very elegant, sweeping dress.

To make matters worse, the woman happened to be the policeman's wife.

To my sister's credit, they didn't stop once they'd seen me standing there, hands cuffed behind my back being held by the woman's husband. If anything the snogging got more intense.

This is not something that I wish to see my sister doing, in any circumstance. Nor it seemed, did the policeman want to see his wife in that situation either as he let go of me to break them up.

Me being the coward that I am however, did not run for it.

Our trial was the next morning. My skull felt like someone had been at it with a mallet and when the magistrate shouted at me for my state of undress, the thudding inside got louder and louder.

Anyway, it wasn't as if I had anymore clothes with me to wear. It was more their fault than mine.

In hindsight, I should have perhaps not pointed this out to the courtroom. The clout around the ear did little for the headache.

Speaking of headaches, my sister was tried first, and she stood unabashed, chin held high as the claims were read out against her. She was to be sentenced as a man. She had kissed a lady.

Presumably done more things with a lady. The courtroom did not appreciate my laughter.

When they decided she was to serve a year in a man's prison, I sobered myself up. This could not be allowed to happen.

I pointed out, that if my sister was tried as a man for doing what men do, then I should be treated as a woman, and be sent to a women's prison.

Both the courtroom and the magistrate did not seem to like this logic much. But they changed the sentence nonetheless. A year in prison for my sister for snogging a lady.

I wondered how long I'd get.

The courtroom, it seemed had seen a frightened little girl when my sister had stepped into the dock, and as they presumably had daughters of their own that age, they must have taken pity on her.

They did not however, take pity on me.

Three years, in the chalet. No visitors and a shared cell. Well wasn't that just peachy.

The sentence would have been much worse if my sister hadn't shouted that in a few months time I would be one of the wealthiest men in England.

This caught the magistrates attention, and after finding out just who I was exactly sent a letter to my uncle and reduced the sentence to three years.

Three years in a french chalet, rooming with other degenerates, thieves, murderers and people like me. Perhaps it wouldn't be so bad. The first three weeks were the worst.

When you're the new guy on the block. Or, in the cell, I suppose, there is a certain amount of tension. The rest of the inmates wait to see how you'll react. To see if you'll die of break first.

They didn't seem to like observations I made about the accomodation. Or the smell. Or them.

One guy in particular stood out. He was tall, much taller than I was. Over six feet, broad shouldered and around thirty. He was in jail for rape, murder and robbery. A triple whammy.

I'm scared of him.