Commaful
A Lifetime in Paris #5 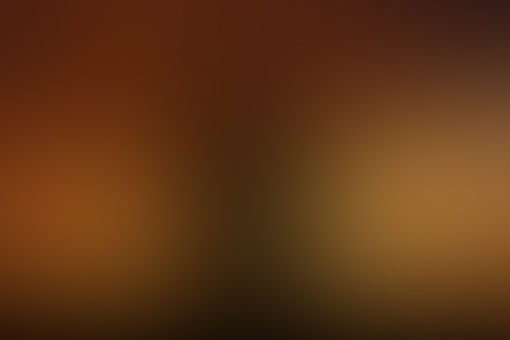 astarisborn Just a bit weird y'know
Autoplay OFF   •   a year ago
Transcript
They called my name and I stood on shaking legs, walking to the door. They held it open for me and for the first time in three years, I stepped out of the small, dingy room which had been home. They sent me to clean up. They couldn't have a Lord looking like a peasant when he went home. My family might think I had been mistreated.
lgbtqgayssassy gayslesbiansviolenceoh my goodness violenceangstlots of angsyrape or dubious consentthis is the end

A Lifetime in Paris #5

They called my name and I stood on shaking legs, walking to the door. They held it open for me and for the first time in three years, I stepped out of the small, dingy room which had been home.

They sent me to clean up. They couldn't have a Lord looking like a peasant when he went home. My family might think I had been mistreated.

My hair was much longer than I had thought. It now reached the nape of my neck. It was knotted and filthy.

I rinsed under the tap and tugged at the strands of my hair until they were somewhat untangled.

I scrubbed my face clean and used a blade to shave off the scruff which had grown on my cheeks the past year. I walked out feeling better than I had since receiving Maggie's letter.

The ten pounds which my uncle had mentioned in his letter was waiting for me at the front desk. I took it from the surly looking guard and walked out of the prison.

Paris was just as beautiful as it had been three years earlier. The sun was shining, the sky was blue and I could smell pastries.

The stall owner didn't have the change for a ten pound note so I visited a nearby tailors.

They gave me a new shirt, breeches, boots, waistcoat and jacket (I declined the top hat) and I left the shop looking like a Lord was supposed to. It was admittedly a foreign concept to me.

I returned to the stall and purchased a basket full of french patisseries of all flavours. It felt much like I thought heaven would.

My first destination was Alberta Terrace. After several hours I made it to number 26. I knocked on the door slowly.

A pretty woman of about forty opened it, holding a small toddler and accompanied by two other children. I asked her if her name was Anais.

She told me it was and quite rightly asked how the hell I knew who she was.

I explained that I knew Jacques and how I was there when he died. She didn't seem scared that I admitted in being in prison, but invited me in.

I handed the pastries out to her children and got to know Jacques junior who was now thirteen, he reminded me of Maggie, bright eyed and alive.

Fleur was sweet and shy at seven and Robert was only three. He had been born shortly before Jacques was arrested.

I gave Anais a promissory note for a hundred pounds and told her to contact me if she needed more money. She wasn't the type to accept handouts I could tell, so I left it on the doorstep.

Hopefully she would find it before one of her neighbours did.

I left the house and headed for the railway station. I bought a ticket for Belgium and slept on the train. I woke in Bruges. This was where Maggie would be.

We were so close, yet she didn't know it. Asking the local people the location of the nunnery earned me a few strange looks but I figured people had looked at me worse and asked anyway.

A woman who looked at least a hundred pointed vaguely to the east so I followed the old woman's boney finger and after a few hours or wandering, found the building.

It was grey and dull, much like I'd imagined it. There was no character, no personality. Just grey brick. It looked like it had purposely been built this way.

If the worpshing couldn't suck the lives out of young women the place surely would. I walked in through the main gates. A nun appeared on my right and I asked her where I would find my sister.

I realised that this must sound stupid. Every woman in here was called sister. She didn't reply, but pulled me through an archway and into a room.

"Who are you?" she asked me sharply.

I needed at that moment to stay on her good side so I smiled sweetly at her, reaching for her hand and kissing it.

The nun narrowed her eyes at me.

"Mr Ainsley said that he would collect her himself. He expressly forbade her any contact with you."

This was a problem. Why did my uncle have to ruin everything?

"Well, Mr Ainsley is no longer Miss Fawcett's guardian She is of age and so am I, and as I am her closest male relative, being her twin, I am acting as temporary guardian."

"We'll see. Wait here. Mother Superior will know what to do."

She left the room.

A few minutes later she returned with, if possible an even older looking woman.

"Mother, this is Lord Fawcett. He is here to collect his sister, Miss Margaret."

I smiled at her warmly and she stared grimly back.

"Sister Laurence," Said the Mother Superior "if you would leave us?"

"Yes Mother" The first nun turned, did a funny little bow and exited the room.

The Mother Superior sat down behind the oak desk and knitted her fingers together.

"So. This is the Charlie I've been hearing all about. Well, it has to be said, nice arse, a bit skinny if you ask me but looks? Oh my goodness yes." she leaned forward, cupping my cheek.

I found it difficult not to flinch away "No shortage of good bones here. The Lord took his time with this one."

Not that I didn't appreciate being lusted over by a hundred year old nun, but I was slightly confused. I voiced this and the Mother Superior laughed.

"My dear boy, I thought Maggie wrote about me in her letter?"

I thought back to the letter, the only people Maggie had mentioned was my uncle and-

The Mother grinned. "So she did write about me. I'm glad. You're welcome dear boy, before you say it."

I nodded dumbly. She lifted the bell on her desk and rang it, the door opened a second later and a girl of around sixteen came in.

"Clarissa." Mary-Anne's tone had changed dramatically. "Go and get Margaret Fawcett. Tell her- tell her that her brother is here."

The girl nodded and left abruptly.

We waited in silence for Maggie to appear. Mary-Anne was still surveying me, it wasn't like how Herrick or Georges had, it was motherly. It made me uncomfortable.

A second later a series of bangs sounded louder and louder down the hall. Then-

The door swung open, and there was Maggie, face red, tears brimming in her eyes. She looked older than she had done last time I saw her, and she was more beautiful than ever.

She had Clarissa in a headlock but she released the girl as soon as as saw me.

"Charlie" She breathed. I felt tears forming in my own eyes and ran to meet her, arms wide.

I hugged her, and hugged her and I never wanted to let go. She smelt of jasmine and I suddenly became aware I hadn't had a proper wash in over three years.

A quick jaunt under a freezing cold tap didn't really cut it. Over her shoulder, Clarissa was clutching her neck, gasping for breath.

Tears were falling rapidly now, cascading down my cheeks and into Maggie's hair. I pulled away after what felt like hours and looked into her face.

"So," she sniffed, wiping her nose with the back of her hand. The action made me smile, no matter how many times people tried, they would never turn my sister into a prim and proper lady.

"Where are we going?"

I wiped my face of tears and grinned. "Definitely not Paris."