Commaful
A lifetime in Paris #3 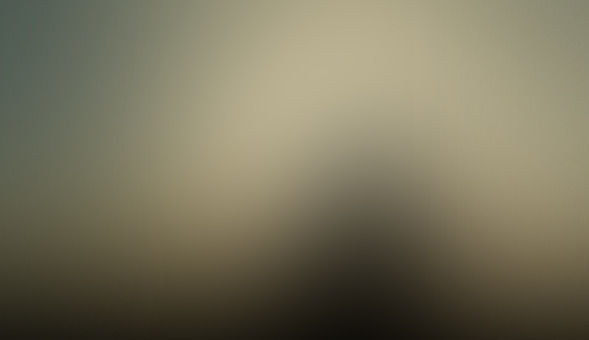 astarisborn Just a bit weird y'know
Autoplay OFF   •   a year ago
Transcript
Christmas came and went, and on the first of the new year, I received my first letter. It was from my Uncle Dear Charles, it read.
lgbtqsassy gaysrape or dubious consentprisonvictorian eraera appropriate homophobiafunny-ishangstso much angst lgbtq prison stories

A lifetime in Paris #3

Christmas came and went, and on the first of the new year, I received my first letter. It was from my Uncle

I was sorry, but not surprised to hear of your imprisonment earlier this year and only say that it has been a long time coming.

The magistrate, who happens to be a friend of mine wrote to me the day after your trial, once he had realised who you were. He gave me the option of a fine, in return for your release.

I, as you might have guessed, declined his offer. You should thank me for this decision Charles, and you'll know it was a difficult one to make.

You need to understand that your reckless actions have consequences and this, it seems is a good way to prove a well rehearsed point.

I have not informed your Aunt of this option, as I believe she wouldn't understand that this is for your own good.

I was surprised to hear that darling Margaret had been arrested as well as yourself. You need not worry about her, as I have paid the women's prison a handsome some for her release.

I have sent her away to Bruges in Belgium, where she is living in a nunnery. I hope that the removal of your influence will help her find the right path once more. She is a good girl after all.

I will write again this time next year.

The feelings of hate that I had felt for my uncle over the past few years felt like nothing compared to what I felt now reading his letter.

I had torn the paper up into small pieces before I even fully registered his words.

My uncle, had had the option of saving me from three years of starvation, squalor and rape and he had declined to teach me a lesson. Stealing more of my dad's money was the more likely reason.

And Maggie. Poor Maggie. A nunnery was better barely better than a prison, In all but name, that's what a nunnery was.

The sisters would no doubt be under strict instructions to not let her leave the building, not to let her write to me, not to let her do anything. She would be miserable.

A few months later, the letter had gone from my mind completely. Scarlett fever had broken out in the prison and people were dropping like flies.

The fifteen people in our cell when I had arrived was down to six. Georges, Jacques, two foreign men from the middle east who didn't speak english and a scotsman named Robert.

A day later, Jacques fell ill, a bright rash had appeared all over his skin and he was sweating like crazy.

It took him a week to die. Another fortnight and he would have been freed. I cried for the first time that night. Jacques held my hand as he died, or rather I held his.

He did not possess the strength. Georges thought that a good way of comforting me would be to fuck me through it. I was somewhat grateful that he decided to do it then.

At least this time I could cry like I wanted to and disguise it as tears for Jacques.

My twenty second birthday came around once again and this time I did cry for Maggie, for what our lives had been like, how I didn't think they could ever be again.

Georges sat and waited for me to finish bawling before he turned me over. His way of being nice I suppose.

It was mid October until anything remotely interesting happened. Three new people were tossed into our cell.

All of them tall, all of them broad and all of them looking at me like I was the only fresh thing on the menu. Considering everyone else in the cell was over thirty, I suppose I was.

The three men seemed to know each other and spent all day and most of the night muttering in the corner.

Occasionally they'd look over at Georges and I sat in the opposite corner. Georges would glare them each time they did and I was happy to let him do it.

At least I knew what Georges was like now. November came, and so did a letter from Maggie. My name was written in beautiful elegant letters, and I didn't recognise the hand at first.

The Nuns must have had quite some effect. The chicken scrawl handwriting which Maggie and I used to share had vanished. The informality of her writing however, could never be changed.

Uncle Henri has ordered the nuns to stop me from sending you letters. I'm not allowed to leave the convent on my own without a chaperone and it's just beastly. I can't do anything.

Though I suppose I can do more than you right now. Sorry old thing.

I begged uncle to just pay the man and let you out but he won't hear of it. I send him a letter every day and hopefully I can annoy him into letting you out.

The old Fawcett charm eh? If I could write to Aunt without it being intercepted then I would, but I assume he's stealing those letters as well as your money.

I tried going to the bank as you a week ago, to take all the money out of the account and stop him taking it but I got caught out with the signature.

Why on earth did you sign it Charles Fawcett? That's not even your damn name. Anyway I'm doing everything I can to get you out, I hope it's not too bad in there.

Knowing you, you'll have a whole army of friends by now. Sorry we missed our twenty first little brother, and you can't believe how much I'm missing you.

You're probably missing me more though, I am the better twin after all.

I've given this letter to my new friend Mary-Anne. She's an absolute saint and just the best fun. We have plans to run away together. Hopefully it'll go better than our escapade.

If we do manage it, we're coming straight for you. Well as straight as we can anyway. I've told her all about you and she adores you already.

She's going to be so disappointed when she sees the real thing.

Hoping that you're not too messed up,

Chin up little brother, it's not long left now. You're well over half way.

Maggie. Darling Maggie. She always knew what to say. She's well, alive and getting on with her life. This depressed me a little though I still felt happy for her and Mary-Anne.

I hoped that her letters did get through to my uncle, annoy him enough to send money to the prison, but more likely than not, they were burned on arrival.

Any words which may have instilled slight feelings of guilt were definitely going to remain unread.

Maggie had tried to take money out as me? What a woman. It was my uncle's fault too that I had written Charles Fawcett.

The young, scared, impressionable six year old I had been when signing the papers, Uncle Henri had convinced me that was my name.

Maybe he even thought it was, hoped it was, he didn't want a nephew with a name as informal as Charlie.

Between November and the new year, Maggie's letter kept me happy. The three new inmates didn't phase me as much as they had and even Georges night time visits didn't seem quite so bad.

I was more than halfway through. But the new year brought a new letter from my uncle and it dialled my mood back down to zero.

It is with great regret in which I inform you that your Aunt passed away in late July of the past year.

The untreatable, unknown condition which she had struggled with for these past ten years combined with the stress of your imprisonment has finally taken her life.

You have missed the funeral with your eccentric and illegal hobbies and I am yet to inform your sister.

She still writes to your aunt on a daily basis and though I can guess that the contents of these letters, are solely full of pleads for your release,

I believe that she would still find the news distressing.

Despite your sister's letters, I am still resolute in my belief that a spell in prison will be good for you and the eventual abolishment of your immoral activities.

Though not the perfect substitute mother that she had tried to be, Aunt Lizzie had been a much better parent than Uncle had been and I cried for her for the next few weeks.

Uncle Henri had tried to pin the blame on me, and a little part of my brain told me it was partly my fault.

I knew Maggie would tell me it wasn't, but if I hadn't have gone to prison, mightn't she have lived longer?

It was my birthday again. Maggie and I were twenty three. I felt old. Georges had been strangely quiet the past few days. Maybe he thought I was getting old too.

Georges crossed the cell once again. It was dark again and I rolled over to my front, covering my mouth with a hand as I had learned to do.

But instead of the usual tug on my trousers, Georges flipped me over. I looked at him questioningly. He didn't say anything, but pressed his lips to mine.

This move was quite unusual, he had always just flipped me over and got on with it, but tonight was different somehow.

He kissed my neck, my chest, everywhere - instead of the usual, fast paced action I had grown accustomed to, Georges was gentle,

almost loving and this time it was cries of pleasure I was muffling instead of pain.

Georges looked into my eyes as he moved and I didn't know whether to look back, where else was there to look? He took my hand away from my mouth and told me to let it out, to let everyone hear.

It was difficult to protest. After he had finished I fell asleep quickly with thoughts of what the rest of the prisoners might say the morning after.