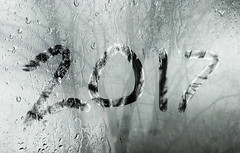 but in fact everybody knows why

people kept their silences while bombs were all around

people became blind when it came to a homeless child

people couldn't see the gap between the poor and the rich

you, humanity yes, you you are the one needing to be criticized

there's no difference between

then somebody please tell me, why do we still have the same issues those times had? why there isn't any progress when it comes to the human rights?

shame on you! you still burn people in the basements just because of their races

because these are rebellious acts aganist to a regime that provides its power from your ignorance.