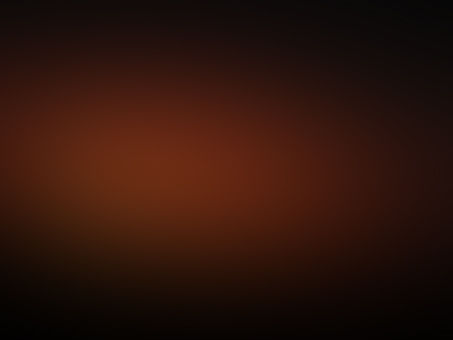 arcanitealx Community member
Autoplay OFF   •   7 months ago
Transcript
Follow the Demon Prince Askal Kujo through an interwoven plot of deceit, romance and action as he tries to stop an invasive force against a human kingdom that threatens his sovereign's chances at diplomacy with the humans!
fantasyactionromancefiction most romantic fantasy stories

I don't really remember the days leading up to this one. Of course, I could recall their events but nothing stood out in them that made them worth remembering.

Life is fairly dull when you're a prince, you get away with murder just because your parents hold some respect, it honestly is a bit sickening to think about.

I get treated like a godly being by the servants of the castle, for what? A last name I didn't earn? Ridiculous if you ask me.

Why am I musing on this right now? Well, i'm taking my morning bath and had to shoo away several persistent female servants who insisted I needed their help in bathing myself.

I can't exactly say I hate the idea of bathing with women, in fact, i'd call myself something of a fan. But when it's under such a misguided reason, I can't help but feel the need to protest.

The warm water rises just past my defined abdominal muscles and seeps through the skin as if warming my very center.

It's a calming feeling, one that makes one forget things, like the fact that I was summoned not too long ago by my father over the purpose of picking from my potential marriage candidates,

of which there were none. Well, technically that's not true, there are several women currently vying for the position of my fiance, but I didn't pick them. No no, that was my father.

The plan was to simply refuse to marry them, nothing personal, I assure you.

I favor a more natural kind of love, one found naturally, not set up by some old geezers getting together and deciding someone else's interpersonal relationships.

I favor a more natural kind of love, one found naturally, not set up by some old geezers getting together and deciding someone else's interpersonal relationships.

I can't help but ask that question aloud, hoping that maybe my patron power would provide me with some answer, but of course, he remained silent, as he always did. Useless.

Breathing a sigh of discontent, I get up out of the bath and walk into the changing room where I slip into some fairly standard urban ware, Jeans with a black leather belt,

a slightly loose black short sleeved shirt and my favorite jacket, an actual aviator from the human realm.

It might not look like much, but getting this thing into our kingdom was a real pain, and not exactly cheap.

While I was a prince, I didn't exactly like spending money, I earned my money by serving in our realms armed forces.

I wasn't the only prince who did this apparently, but while most of my predecessors took up command roles, I preferred sticking it out as an average soldier.

Though, average is pretty hard to be when your bloodline is as potent as mine, before I knew it, I was advancing up the ranks and leader boards because of my performances in drills and tests.

I had to knock back several promotions to stay as an ordinary soldier and the brass wasn't particularly happy I was doing so, but I was a prince, they couldn't just refuse my decisions.

So, an ordinary soldier I stayed.

I fought in several battles against the darkspawn that attempted to claw their way up from the depths of our hellish realm and earned my fair share of scars and injuries from it,

but it apparently made quite a good impression among the general populace, some going as far as to compare me to my father.

I can't say I disliked being compared to my father, I respected him in a lot of ways and his career as a soldier was something i aspired to surpass.

He was a warrior without peer during his prime, so it was something of an honor. My idle thoughts were brought to an abrupt halt as I approached the door that lead to the throne room.

Pushing open the heavy coalwood door i entered a large chamber where my father, Katen Kujo stood in front of my fiance candidates, talking to them about something in particular.

His masculine face turned to face me and broke out into a wide smile.

"Askal, my son!" he boomed throughout the chamber, "Good of you to join us, I was worried you were going to stand these lovely ladies up.

" He walks towards me, throwing his arms open for a hug, which I comply with.

"You raised me better than that dad, although I don't know if your good mood will persist through this entire meeting."

Breathing something i could only describe as a fatherly sigh, the grin that was on his face mere moments ago vanished and what replaced it was something akin to a disappointed furrow.

"Look Askal, I know you hate me interfering in your life like this, but think of why i'm doing it. I just want you to settle down and be happy, like i am with your mother."

"Then let me find my love on my own," I turn my head to the ladies currently listening to our exchange. "I have nothing against you ladies but I can't say I've taken to any of you romantically.

So, sorry, but i'm afraid i'm going to have to turn you all down.

I apologise for all the time you've spent trying to woo me, and if I can reimburse you in any way, don't hesitate to let me know and I will do my utmost to fulfill those conditions."

I bow to them and turn my attention back to my father.

"If that is all this meeting is about, then I believe I have to go, my device is being repaired and I need to pick it up." As i turn to leave, my father grabs my shoulder.

"Is that really your answer? You'll choose none of them?" I pause for a moment. I can feel the sadness in his voice, it makes me hesitate.

I don't want him to be sad, I .know he did this for me but still. This is my life, I need to take control of it where I can

"Yeah dad, it is. Sorry you had to go out of your way like this." His grip tightens for a moment before letting go.

"No, i'm sorry i never consulted you about this, I should have been more considerate."

"Please dad, this is on me. I'm just being a selfish brat and I know it but, that's my choice. No need to feel sorry."

he simply nods to me and lets me leave the chamber. As I close the heavy coalwood doors I feel my breath leave me.

Simply lost I pull my mobile phone out of my pocket and call the one person who always listens to my complaints and gripes. The phone rings a few times before someone picks up.

"What, am I just someone you call whenever?"

"I'll treat you to whatever you want at the cafe."

"Okay, see you there in half an hour." The line goes dead.

"What a manipulative girl." I mutter to myself as I head towards the aforementioned cafe.

It was a favorite of mine from when I was young, I would often take my younger sister there when my parents were too busy to spend time with us.

Ash knew this, given that she was the little sister I just mentioned. Unlike me, who basically rejected my royalty, she embraced it and acted like a full blown princess.

Still a kind girl, but not a very practical one.

She spent money like it was nothing but tissue paper, buying extravagant dresses to be worn once and then summarily thrown into the closet to be forgotten about.

Despite that, she was conscious of where her money went. Calling her frugal would be a stretch, but she was certainly economically minded.

Which is why the prospect of our coming meal being paid out of my wallet was enough to sway her. It was kind of cute honestly. Maybe that was just on older brother's bias though.

I made my way quickly through the streets leading to the cafe.

I had walked these very same paved streets many a time during my childhood,

going on walks to get out of the hair of my parents and out of the stuffy and confronting aura of the castle that loomed over our city.

Rounding the bend, the cafe came into view and so did a luxury black car. It would seem that Ash has already arrived.

Pushing the door of the small cafe open I was greeted by a very energetic part timer. After stating I was here to meet someone she let me through.

My sister sat in a booth, adorned in a very glamorous blue half length dress with white frills around the collar and sleeves.

The hem of the skirt was laced with gold patterns of interweaving vines and leaves.

"Sure took your time considering you're the one who called me out here." she said dismissively. Ignoring the complaint at my supposed tardiness I sat down across from her.

"You look beautiful in that dress." I say with my softest smile. Best way to get a woman in a good mood is give her a compliment.

Somewhat predictably, she blushes slightly and turns her head away from me, slightly puffing up her cheeks.

"S-Stupid, I didn't ask for your compliments."

"I know, just thought i'd speak my mind." She turns her head back to face me, the blush still evident on her face.

"So, what did you want to talk about Kal?" She uses the nickname she gave me back when we were kids, showing that she's here in earnest, worried about what's plaguing my mind.

"Well..." I briefly summarise the whole story about the marriage partners dad lined up and my thoughts on the matter.

"That's ridiculous!" she exclaims, loud enough for everyone in the cafe to hear her.

"I'm not letting just anyone marry my brother! I'll give the old coot a piece of my mind when i get back to the castle!" I have to calm her down.

"Look Ash, I turned them down, all's well that ends well."

"No buts, leave it alone, that's an order from your older brother."

"Well, if you insist Kal..." we both go silent before I stand up and put five coins on the table in front of her.

"Treat yourself, I have to go pick up my device." She nods and looks away from me, she's probably got a lot on her mind.

I leave without saying anything else besides a goodbye to the counter staff. As i step outside I see a group of demons surrounding someone, asking them questions in a forceful manner.

Upon closer inspection they are talking to a... human? No, not in our realm. Either way, they need to learn some manners.

"Hey, try being a bit politer, will you?" I yell at them.

"what the hell did you just say to me, punk?" the apparent leader spits back at me. He and his goons move away from the woman and surround me.

"Haaah, gonna be one of those days I suppose." I mutter to myself before readying myself for the ensuing fight.