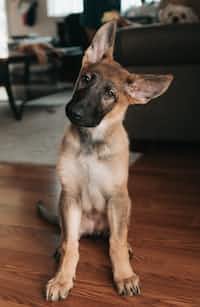 apollo_magnolia It's not in my code to hate anything :>
Autoplay OFF   •   24 days ago
Transcript
Welcome to me overthinking :)
thoughts idk

Ok, so this doesn’t make sense.

Now, this isn’t my normal post of memes, but it's this random thought I had at 1 in the morning and I need to share it.

First of all, how can rock beat scissors? Have you ever seen or tried to break scissors with a rock? The only thing a rock can do is scratch it, but the scissors are still stronger than the rock. So, wouldn’t scissors beat rock? Or at least a tie?

Second of all, how does paper beat rock? What if the rock is really sharp and it cuts the paper? Also, how does covering the rock do anything? At least the rock has the power to physically hurt the paper. So, would it be a tie or would rock win?

Now, scissors beating papers makes sense. But think about it: What if the scissors are bad and dull? What if the paper is unbelievably thick? What if they can't cut the paper? Then, would paper win? OR WOULD IT BE A TIE?

I don't know. But I'm having an existential crisis over a game. If you have any thoughts, I'd love to hear them! Anyway, I guess I’ll just stick to throwing a coin and guessing heads or tails :) -Apollo