Commaful
words that get under your skin part 2 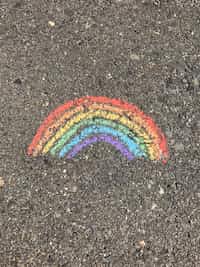 antisocial Community member
Autoplay OFF   •   2 months ago
Transcript
(cursing warning!)this story is about a boy named alexander who finds out his new high school isnt what he thought it would have been
romance gaylgbtqtastetherainbow

words that get under your skin part 2

I was always open about my sexuality, I would wear shirts and occasionally have a rainbow cape, at first my parents weren't supportive but after a few family therapy sessions they finally understood it and supported me, the reason I'm so open about this is that I want to give even if its a little bit of courage to others in the LGBTQ community

many people are afraid to come out so when they see me in public I want them to see that it isn't so scary and that the world shouldn't just huge you for your sexuality or what you identify as, sure I've gotten weird looks in public but it was never this bad.

I was never bullied or shamed for being gay but now that I'm in this high school everything I do seems like is being judged, even the littlest movement is being watched, like I'm some sort of criminal. but I never expected this to get so out of hand that it would follow me home

right now I'm not sure what to do, I feel weak. all I can do is cry as they throw homophobic slurs at me for about 10 minutes straight, what did I ever do to deserve this? what caused them to hate me so much?

my neighbor soon pulled up into their drive-through and yelled at them causing them to flee, after they left I just fell to my knees and cried into my hands she rushed over and tried to confront me "it's alright, i got here on time lets get inside before you catch a cold" she said as I sobbed into my wet hoodie

she soon took me inside and left to get her daughters from the car, she was a single mother who had to leave town constantly for her job I'm not sure what she works as but I know sometimes she takes her daughters with her if their aunt is sick or unable to take care of them

it must be hard but she never asks for help, she's strong and she always has time to hang out if she's not working, she soon came back in and her youngest went running around the place looking for her toys, while her oldest walks and stops to look at me "I know I'm a mess" I said under my breath as she went upstairs to her room

my neighbor then sat down next to me, i never knew her name, I'm sure shes told it to me before but I've forgotten or i just didn't pay attention, she then looked at me and gave me some keys "are these yours? they were on the ground" she said I nodded and immediately put them away

"What happened out there?" she asked "I really don't wanna say why" I chuckled as I looked around her house was clean as if someone cleaned while she was away but I won't question she must've paid someone to clean her house "I don't really wanna talk about it," I said as I slightly smiled at her

she frowned and furrowed her eyebrows "it's alright, what about your parents? where are they?" she said in a concerned voice, I held my hands and replied "there out of town for the next two weeks, my grandpa who lived in Guatemala died and they were devastated" she had a shocked look on her face

"and they didn't take you?" she raised one eyebrow and took out her phone "no, they said my education was too important for me to miss" she nodded "but why didn't they leave you with someone to take care of you? your barely 15" I felt anxious for a second "I think they thought I was able to take care of myself since I'm in high school" I replied once more

cliff hanger :D and sorry this took a while to get out I was busy with something so it took me a while to work on it :( hope you guys have a good one lol