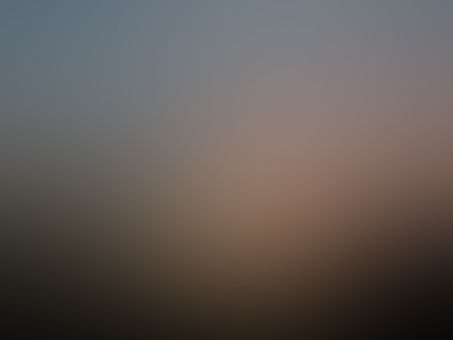 anon89 Community member
Autoplay OFF   •   3 years ago
Transcript Use Images
Prologue “Sweetheart what time is it?” I ask as I’m looking out the window looking for my ex wife’s car. “It’s 7:35” Blake answers. “I know she was supposed to be here over 30 minutes ago.
fiction povbeginnergivefeedbackzombieapocalypse

“Sweetheart what time is it?” I ask as I’m looking out the window looking for my ex wife’s car. “It’s 7:35” Blake answers. “I know she was supposed to be here over 30 minutes ago.

” As she sighs while scrolling through one of her MANY social medias on her phone. As I look down at the gas needle noticing how close it is to the red like with the E on it she pulls up.

Her car is a black sedan beaten to hell, you can clearly tell she doesn’t take care of it. She steps out and so do I.

As I get out I tell Blake “Stay here darlin I don’t need you going off on her like last time.” She chuckles and continues scrolling on her social media.

As I approach the run down black sedan Lori makes her way to the other side opens the door and grabs Kal.

As Kal looks up he’s sees me and says “Daddy where’s BB?” (His nickname for Blake) I smile and respond “She’s right there in the car.

” “You ready to go bye bye?” I ask him as if he actually had a choice.

He lunges towards me saying “Yeah!” Lori looks to me and asks “Is Wednesday around nine in the morning good to meet back up?” As I’m walking back to my car I respond with “Yeah that’s fine.

” Not knowing that by Wednesday the world would be a completely different place.

I get Kal in the car and he yells “BB where’s sissy?” As her face lights up she puts her phone down and says “She’s at home.” I finish strapping him in his car seat and get in the driver seat.

As we head home we get to the main road and several firetrucks and ambulances go flying by with at least half a dozen police cars.

“Jesus where’s the fire?” I say as I watch the convoy of emergency vehicles speed through the red light blaring there sirens.

“Fire truck? Police car?” Kal asks while trying to practically break out of his car seat. “Yeah buddy that’s right.” This kid is obsessed with police cars and fire trucks.

We get home and Kal is ready to get out of the car. “Daddy want out!” “Alright bud give me a second.” As I chuckle. Blake jumps out of the car insisting to get him as she usually does.

She grabs him and he gives her a giant hug and you can just see the stress melt off her face.

Looking at them two walking towards the house a huge smile on both of there faces you’d have no idea how stressed she is. She keeps up with our finances and I was laid off almost a month ago.

So our bills are completely screwed up and she’s constantly hustling trying to find ways to pay bills while I’m out applying for new jobs.

We get inside I toss the car keys in the bowl next to the door and turn and lock the door. With it being so late Blake turns to me and says “It sucks that he has to go straight to bed.

” We keep him on a schedule here just because we don’t know how his home life is with Lori.

“I know darlin but we will have three full days with him so we have plenty of time to spend time with him.

” To be honest if I knew what was getting ready to happen I would’ve probably told her to let him stay up a little while longer. I go and sit on the couch and turn on the TV.

As I go to push the DVR button to turn on our show the news catches my eye. And also the emergency broadcast system at the top of the news.

Saying that the south side of Charlotte is in mandatory quarantine. “What the fuck?” I say under my breath leaning forward on the couch.

As I sit there watching the news for about 10 minutes Blake comes downstairs after getting Kal to bed.

She opens the fridge and asks “Babe why are you watching the news?” “Because it’s on every channel and the DVR has been disabled.

” I say back still some what confused as to what I’m actually watching. Something about this is very wrong. I have this horrible feeling in my stomach.

“What do you mean it’s on every channel?” She’s asks back in a joking manner. I start to change channels and all you see is the same news coverage and the same emergency broadcast.

The emergency broadcast just keeps repeating that the south Charlotte area is under mandatory quarantine and nobody is allowed to enter or exit the quarantine zone.

The news coverage shows police cars and what looks to be military vehicles setting up a perimeter around the quarantined area.

I watched as these CDC cargo vans pulled up and guys jumping out and putting on there HAZMAT suits. “Should we be worried that’s kind of close isn’t it?” She asks as she sits next to me.

“No it’s probably just a bunch of bullshit you know they are always exaggerating crap on the news.” I say trying to convince her and apparently myself.

Still though is this a real life SHTF situation? I doubt it. My idiot brother would’ve text me by now if it was. I just can’t shake this horrible feeling I have in the pit of my stomach.

I know I’m paranoid and have this worst case scenario kind of mind set. “Since the DVR isn’t working do you want to just go upstairs and watch Netflix?” She asks. “Yeah that’s fine.

” I turn off the TV and we head to our bedroom. As we walk upstairs I check Facebook and see how other people are talking about the news and emergency broadcast.

I close it out and put my phone in my pocket. She turns on Netflix and we start watching a movie. My phone vibrates and it’s Franky my best friend from my days in the military texting me.

HEY BRO DID YOU SEE THE NEWS? CAN I CALL? Before I can respond his goofy looking face pops up because he’s already calling. Just as he always does never actually gives me a chance to respond.

“Bro have you been watching the news? This shit looks crazy!” He says in his country accent. I’ve always thought it was weird since he was one hundred percent Italian.

“Yeah man it looks crazy but you know how these guys do they always blow things way out of proportion.” I say trying to calm his country butt down.

But also still trying to convince myself that it’s no big deal. “Yeah you might be right. Casey is about to come over I just wanted to reach out and see if you had been watching.” He says.

“Let me know if you need anything bro.” “Alright brotato chip later man.” I say ending the conversation.

It’s good him and Casey are connecting well, she’s Blake’s cousin and if it didn’t work out that’d be kind of awkward.

An hour or so goes by and Blake falls asleep watching this movie that neither one of had seen but it was terrible.

It was about some guy apparently going crazy in a mental hospital on a island. Horrible movie. A lot of good actors in it but horrible movie.

So I turn the news back on and it’s still covering this “epidemic”. I’m still not convinced but I just wanted to keep my eye on it. Around midnight my idiot brother text me.

HEY ARE YOU UP? I text back YES as I roll my eyes because I know how this conversation is getting ready to go. CAN I CALL? Shit why is everybody wanting to call me tonight.

I roll my eyes once more get out of bed put in my shorts grab my cigarettes and head downstairs towards the front door. YES. I reply lighting up a cigarette.

My phone starts to vibrate and I answer. “Hey are you seeing this?” He says all nervous. “Yes I see it it’s all over the news on every channel.

How am I not going to see it?

” And then for the next thirty minutes I’m forced to listen to his giant conspiracy theory on how the government got a bunch of people sick to see how a heavily populated area would react.

And supposedly from his confirmed source this is the beginning of the end. The beginning of something called Experiment X. Zombies. This mother fucker just said Zombies.