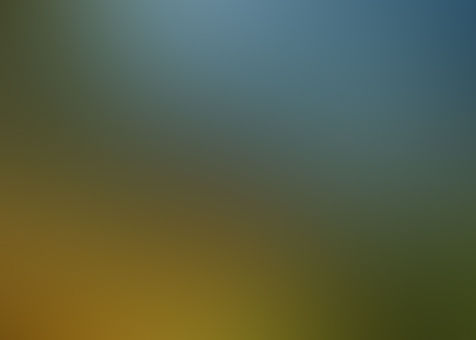 anon Stories From Unregistered Users
Autoplay OFF   •   5 years ago
Transcript Use Images
A/N: I DID IT A LITTLE DIFFERENTLY THAN I DID WITH THE NORMAL WEDDING DAY SMUT. The day’s events had worn through your bones, the excitement still in your heart and body. You were buzzed from the champagne and tired from being up for nearly 24 hours. You were officially Mrs. Stan.
By sebastianstanisyourboyfriend https://sebastianstanisyo...
stansmutimaginesebastian stansebastian sexiest sebastian stan stories

A/N: I DID IT A LITTLE DIFFERENTLY THAN I DID WITH THE NORMAL WEDDING DAY SMUT. The day’s events had worn through your bones, the excitement still in your heart and body.

You were buzzed from the champagne and tired from being up for nearly 24 hours. You were officially Mrs. Stan.

Your heart skipped beats every time you thought about it and a grin etched across your face that seems like it’d stick there.

His hand squeezed yours and you looked over at him, your eyes meeting his and you grinned, turning to look out of the plane window. The water passed under you and you turned even more giddy.

He had surprised you with the location of your honeymoon, finally telling you he was taking you to Bora Bora.

The two of you were going to be staying at the Four Seasons Resort which was right there on the water.

The voice came over the plane telling you to put on your seatbelts to prepare for landing and you nearly jumped out of your seat.

“I take it you’re excited?” he asked you and you grinned at him again. “Of course!!” you yelled, causing him to chuckle.

You watched as the place descended and you looked around to make sure you had everything gathered everything up into your bag.

After a bit, you two walked off the plane and through the airport, gathering your bags and making your way outside.The car was already waiting, keys in the glove compartment.

Sebastian started the car up and started driving towards the resort. About half an hour later, he pulled up towards a building where he had to get the key for the room you were staying at.

All you heard from the conversation was “beach front”.

As soon as you heard that, your heart got giddy again, you started chewing on your lip to keep from telling them to hurry the hell up with it.

When he got the key, he drove forward, looking for the one you were going to be staying in. When he found it, you fell in love; you were right on the beach.

You jumped out of the car and ran up to the room, looking behind you and watching Sebastian laugh at you in the drivers seat. “Get out of the damn car, Sebby!!” you yelled, grinning.

He laughed harder, having to lean over the steering wheel before finally getting out of the car and walking up to you. As soon as he unlocked it, you went to run in, but he stopped you.

“Woah, woah, woah!  You know the drill, missy!!” he said. You looked at him, confused before he grabbed you up and walked you over the threshold, letting you down when you were inside.

You looked around, running everywhere before he caught up with you.“Let’s christen the room, huh?” he said through his teeth, grabbing the waistband of your skirt and forcing his fingers through.

Just the tone of his voice got you wet, your lip going between your teeth. “Come on then, daddy.” you said. He growled and pushed you onto the bed, coming up behind you and slapping your ass.

You moaned and arched back into his hand, begging for him to do it again. “Oh, my little girl likes being spanked, huh? You like it when daddy does this?” he asked before slapping your ass again.

You moaned again and nodded, looking back at him. “I love it, daddy.” you mewled, loving the face he made.You heard him unbuckle his belt followed by the zip of his zipper.

You built yourself up for it, waiting for the smack to your ass to make you move backwards, but it never came.

Instead, you heard him moaning behind you and you looked back to see his hand working his cock, his hand twisting around his cock.

You moaned and he looked at you, his pupils blown and his lip caught between his teeth. He forced your head forwards, making your face go into the blankets.

He caressed your cheeks, before slapping his hand down on one side, making your body jerk and a moan fall from your lips.

Right after that, you felt the head of his cock move up and down your lips.

He gathered your juices on his cock before slowly sliding himself into you, waiting until he bottomed out to let out a loud moan. You started to move back on him, but he stopped you.

“Did I say you could do that?” he asked. You whimpered and shook your head. He slid out before slamming back into you, causing you to scream out and clench the covers.

He moved back before doing it again, your knuckles turning white from your grip. “Baby, if you keep doing that, I’m not going to last much longer.” you warned him.

He chuckled and leaned over your back, getting down to your ear. “You’ll last as long as I want you to.” he said. You moaned and moved back against him.

He thrusted into you further, his cock grazing your gspot. You saw stars as your orgasm hit you unexpectedly.

He stopped before gathering up some of what you just gave him and sliding his finger in his mouth. “Mmm, you taste fucking good, baby.” he groaned.

He thrusted into you again, your eyes squeezing shut.He finally took pity on you and started thrusting faster, the sound of skin on skin filling the room.

He let out a loud groan of your name and you felt him inside you.He collapsed on the bed beside you, breathing hard, his chest rising and falling with every breath.

“Is this how it’s going to be the whole time we’re here?” you asked, your ass still in the air. “Every night, probably.

” he said, getting up to get the stuff out of the car, swatting your ass after he zipped his pants back up.