Commaful
We cut our vacation short due to some seriously creepy encounters. 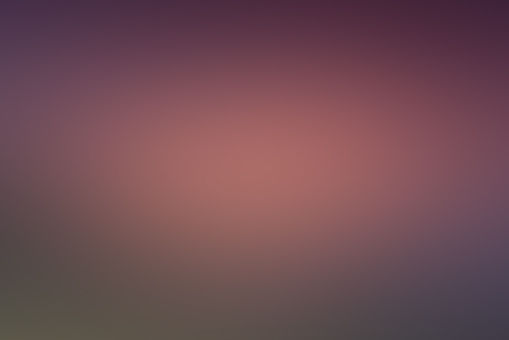 anon Stories From Unregistered Users
Autoplay OFF   •   3 years ago
Transcript
Last week my (non-white) family and I left our big city and travelled several hundred miles away to spend a week in this house in a semi-rural area. It was a little scary because the house was somewhat remote and none of us are used to woodsy areas, but we got used it.
By reinakun https://www.reddit.com/r/...

We cut our vacation short due to some seriously creepy encounters.

Last week my (non-white) family and I left our big city and travelled several hundred miles away to spend a week in this house in a semi-rural area.

It was a little scary because the house was somewhat remote and none of us are used to woodsy areas, but we got used it.

The first day passed quickly. The second day is when things started getting weird. My mom had a terrible nightmare* and woke up at 5:30 AM.

After checking to make sure everyone was okay, she stepped outside (to the front porch) to take pictures.

During one shot she noticed a weird shadow/movement in the distance, but when she looked up she didn't see anything.

Weirded out, she checked the picture she'd taken and realized that the shadow was a *person* hiding behind the trees.

Her phone has a crappy camera and it was dark so it wasn't very clear, but it was definitely a person with the build of a man.

I didn't know about this until several hours later, and only because I noticed my mom was behaving strangely (checking the locks on the doors frequently,

constantly asking where everyone was, randomly walking 'round the house) and asked. She showed me the picture and I freaked out for a while before starting to rationalize it.

I'm a very anxious person so it's how I cope.

By the time evening came around I was mostly calm again. I left the patio I was reading in to hang out with my mom and sister and noticed that my mom looked extremely troubled.

When I asked her what was wrong she told me that during one of her walks she was approached by a man who asked her a lot of suspiciously invasive questions, i.e.

, whether or not she was alone, who/how many was with her, if she had any family or friends living nearby, etc.

She also said that she noticed a red truck circling the area a few times (something I remember at least one instance of), and then topped it off by saying she had a very,

very bad feeling and wanted to go home. My sister and I again tried to rationalize it (though by then I was utterly freaked out).

It wasn't hard to do considering my mom is a bit on the paranoid side, and a very dramatic person besides.

I returned to the patio after a while, at that point jumping at shadows and deeply uncomfortable. My mom came in to apologize for scaring me and left.

were leaving *immediately.* She said she had a terrible feeling and a voice in the back of her head was *screaming* at her to get out of the house *now.

* She looked so frightened that no one questioned her. Everyone scampered to grab our belongings, and within fifteen minutes we were leaving the house, carrying as much as we could.

The house was surrounded by these long, dark, winding roads we had trouble navigating out of because no one could connect to a GPS system.

Some minutes later we finally managed it and made it to a main road. My mom was still freaking out and casting glances behind us frequently.

We stopped at a gas station to refill our tank, and a red truck pulled up next to us.

I remember looking at the driver, who immediately averted his face, which I chalked up to a natural reaction of being caught staring.

The man in the passenger seat was ducking his head, so I couldn't see him clearly either. I dismissed it and we drove away.

It wasn't until we were on the highway that my mom admitted the truck had been following us, which was why she kept looking back.

She chose not to mention it because my step-brother, the only one capable of driving, was already incredibly nervous.

It also wasn't until she mentioned it that I realized that while we were at the station, the men in the truck hadn't been *doing* anything. They'd just been fiddling with the gas equipment.

Once we were back in our own city we started comparing experiences and observations. A lot of weirdness happened that most of us, including myself, had brushed off.

In the end, I'm glad we listened to my mother and left, even at the expense of the first family vacation we've had in years.

It could have all been a series of coincidences, but why push our luck? As the saying goes: better safe than dead.

**TL;DR --** family and i rented a house in a remote, woodsy area and shot an unexpected pic of a guy hiding in the trees the next morning.

a man asked my mom suspiciously invasive questions that sent up red flags and we left the house due to mom's "bad feeling.

" Later we realized that the truck that had circled the house a few times had followed us for several miles.