Commaful
The worst date I've ever been on. 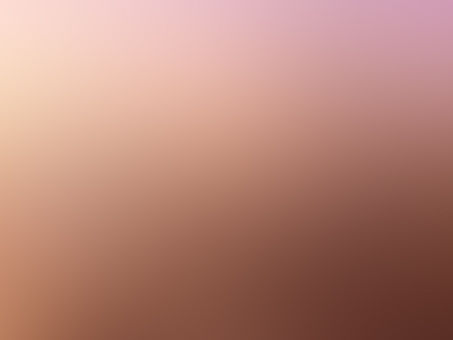 anon Stories From Unregistered Users
Autoplay OFF   •   3 years ago
Transcript
I had tried post this elsewhere, but was directed to bring my experience here. Thanks for reading ahead of time! A couple of years ago, I used to serve tables at a shitty steak-joint in one of the Carolinas.
From https://www.reddit.com/r/...

The worst date I've ever been on.

I had tried post this elsewhere, but was directed to bring my experience here. Thanks for reading ahead of time!

A couple of years ago, I used to serve tables at a shitty steak-joint in one of the Carolinas.

I met a gentleman while working one Friday night; he had been sitting at the bar and eyeing me all evening.

I'm a 20-something year old female, he was a good looking older guy, so of course I strike up a conversation with him.

There was something not quite right with him, but I couldn't exactly put my finger on it during the few hours he was there, talking to me as I ran drinks back and forth from the bar to my tables.

He smiled a lot, but the smiles felt empty and his eyes never crinkled like they do when someone genuinely smiles.

At any rate, he asked to meet up with me for a beer or two the following night after I got off of work. Despite the little blinking warning light in my head, I agreed.

I end up meeting up with him the next night at a local bar that I frequented. He has a beer waiting for me when I walk up, which made me immediately uneasy.

Not trying to be rude, I told him that it had been a rough day and that I was going to go for something a little stronger,

so I go order myself a whiskey sour and come back to where he was sitting.

The little patio area outside of the bar was packed.

He had managed to wrangle the little bench in the very back for us, so I had no choice but to sit as far as I could on the other end of the bench from him so that I didn't have to touch him.

He seemed to notice that I was intentionally trying not to touch him and could keep moving closer; he kept doing the "manspreading" thing so that his leg would graze mine.

I kept my body facing forward, and not towards him, cradling my drink in towards my chest and a cigarette in my hand on his side.

I was hoping that he'd get that I was sending obvious "don't touch me" signals, but nope.

So we start talking. Everything's fairly normal, maybe half an hour goes by. He gets up to get another beer. He's gone for a while (the bar WAS busy), comes back with two more beers.

Says the second one is mine, even though I didn't even touch the first one. Told him that I'm good, still nursing the whiskey sour (I wanted to get silly, but not near this dude.)

Out of absolutely nowhere, he tells me, "You know, sometimes I have really bad anger problems.

" I'm kind of an asshole and quite frankly don't care if I offend this guy at this point, so I respond, "aaah, so that's what's wrong with you".

To this he kind of cracks and gets reeeaaal quiet. We're sitting there in uncomfortable silence and he breaks it by saying, "I can't believe you would say that to me".

I apologize, saying that I'm in a bad mood, I probably need to just go home, blah blah blah.

He then begins to tell me that I can't take back what I said. That he just wants to love me and I won't let him.

That how is he supposed to spend his life with me if I insult him? That he knows I'm sleeping with other men, how can I handle being a whore?

I try to diffuse the situation a little by saying, "look, I didn't mean to offend you, but I've got to leave now and I don't think it's a good idea for us to go on a second date."

He gets quiet again, stands up, punches the fence that runs along the bench and separates the patio from the street REALLY hard, and disappears inside.

I just kind of keep sitting there because people are staring at me. I smile, light up a cigarette and keep hoping he's paid up and leaving. Nope.

He comes back out and begins SHOUTING about how I broke his heart. He then goes to say that how dare I try to use him for his money.

I'm kind of just watching him freak out, but on the inside, I'm actually terrified that this dude is going to hit me.

I stand up, reach into my clutch and pull out $10, give it to him and thank him for the beers I didn't drink, and then high tailed it to the bathroom.

Stalling for 15 minutes, I decide maybe that's enough time for him to have gone away.

So I creep back outside and look around, he's not there. I go up to the bouncers (I'm very close with them from having been a regular at this bar) and ask them if the guy had left.

They told me that they had to kick him out as soon as I left for the bathroom because he had started following me.

They also told me that as they were dragging him out, he threatened to stab me for being a "two-timing" bitch.

Needless to say, I didn't feel comfortable walking the 20 minutes to my house, so I stayed at the bar for a few more hours and called up a close male friend to walk me home, just in case.

TL;DR - Never go on a date with a dude who fake smiles too much.