Commaful
The Guy That Didn't Want to Talk to a Child 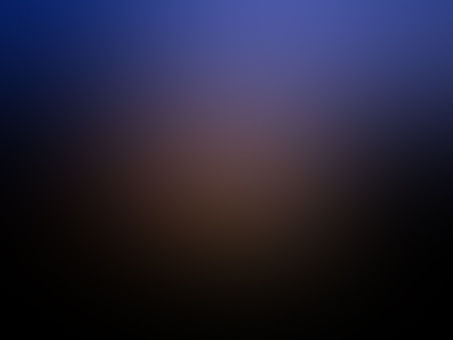 anon Stories From Unregistered Users
Autoplay OFF   •   3 years ago
Transcript
During my high school years, I worked at a movie theater. After turning 18, I was promoted to Assistant Manager, and I had a better grasp of the projection booth than 10-year employees, so I was put in charge of it.
By batkevn https://www.reddit.com/r/...
funny

The Guy That Didn't Want to Talk to a Child

During my high school years, I worked at a movie theater.

After turning 18, I was promoted to Assistant Manager, and I had a better grasp of the projection booth than 10-year employees, so I was put in charge of it.

At this point, I was a manager for maybe 3 months, but I had worked there for nearly 3 years.

A typical day consisted of starting movies, cleaning/fixing projectors, and helping out the other areas as time permitted.

This day in particular was a busy Saturday, and my free moments were best served helping clean theaters between showings.

This theater had 10 screens with 2, 3, 8, and 9 being our largest, so new releases were generally in those theaters.

Often, we would have the same movie playing on multiple screens, which sometimes led to neighboring screens having the same movie.

In order to help avoid confusion, we would post the showtimes next to the door, so people wouldn't walk into the wrong theater and spoil their movie.

It still happened at times, but our employees gave very clear directions, so it was incredibly rare when coupled with the signage.

Directions to theater 9 would be: "Make a right behind me, go all the way down the hall, and the theater is to the right.

" Similarly, directions to theater 8 would be: "Make a right behind me, go all the way down the hall, and the theater is to the **left**."

I'm finished starting movies for the moment and head downstairs to theater 9, which just finished.

There are a couple other employees and another manager cleaning as well, so it was going to be quick work.

As I'm about halfway through my first aisle, I can hear yelling coming from the main hallway which I tuned into and heard, clearly, "I want a manager!

" The other manager with me (a woman 10 years older than me, and clearly looks it) heads out to deal with the issue.

Timed perfectly with about how long it would have taken her to get to the other end of the hall, I hear the original loud voice scream again, "I don't want to speak to a fucking child!

Get me a *real* manager!" There is no way that is 18-year-old me, so I get back to sweeping. The general manager was around, so I figured she would handle it.

The "child" manager returns and tell me the man wants to talk to me. She shrugs and laughs, as do I as I make the trek down the hall.

I've watched as employees enforce rules for shitty customers who complain to a manager who gives in to whatever they want. I was determined to not be that kind of manager.

Customers had completely dismissed the general manager because she was a woman and determine that only I could help them. Disrespectful customers did not find my soft side.

I approach the podium to find a man in his mid-40's standing there seemingly calm, facing the other way. The nearby employee confirms that is who I came to talk to.

As I turn to talk to the man, he starts in on my incompetent employees, and that he is happy to finally talk to an "intelligent person." I'm not dumb, but I'm not the smartest crayon, either.

However, he has already yelled, and now he is insulting my coworkers. It is decided he will get my cold side. AH = Asshole, Me = Me.

Me: What is the issue, sir?

AH: That idiot at the podium gave me directions to the wrong theater, and I saw the end of the movie I came to see.

Me: Sir, first, please do not insult my employees.

Second, may I see your ticket? (he hands me the ticket in a huff, and I see a large "8" printed on it, which I quickly piece together that he walked into #9.)

AH: They told me to go right behind them then go to the left, which I did. You need to hire smarter people.

Me: It sounds to me like they directed you to the correct theater.

You would turn right behind them, here where we are standing, then go to theater 8, on the left (which I pointed to), not the right, to theater 9 (slide pointed finger to the right).

You may continue into the theater 8 to watch the movie, I can give you free passes for each ticket you have, or if you wish, you may get a refund on your tickets.

AH: I want that moron fired! They ruined the movie for me, so their job should be ruined!

Me: Well, I would never fire someone solely on giving poor directions.

Me: "Praise in public. Punish in private." If punishment is deemed necessary after I speak with the employee, it will be handled in my office, and not here for your amusement.

The only entertainment here is behind the auditorium doors.

AH: I'm going to your corporate office about this!

Me: (I pull out the district manager's card and write my full name on the back) Here you go, sir. I have included my name so he will know who you are talking about.

AH snatches the card out of my hand and promptly gets a refund from box office.

I told the employee they did the right thing (it was their first weekend on the job) then went upstairs to call the district manager in every detail I had,

including to what and how I spoke to the customer. I never found out if the guy called, but the DM told me I did the right thing. Felt nice to stand up to the ever unhappy general public!