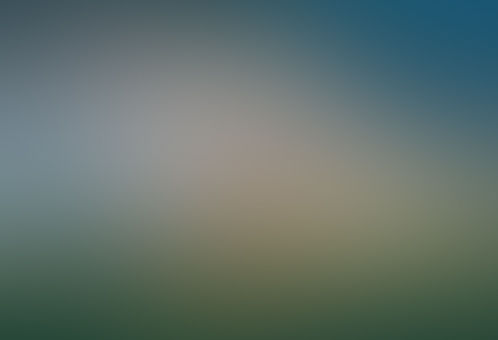 anon Stories From Unregistered Users
Autoplay OFF   •   3 years ago
Transcript
Where were we? Oh yeah, bull fighting, that’s right. I got this fatso with some shiny horns coming after me. All I wanted, today, was to pay my rent. I only have seconds to think of a plan and now time is up. I’m on the floor with my chest substituted for a welcome mat. This guy is a joke. Nothing but force.
By the-mental-punk https://the-mental-punk.t...
writingoriginalpunkcreativeanarchythe-mental-punkthe adventures of sid the kidpost-apocalyptic

The Adventures of Sid the Kid Part 3: Totally Careful Planning

Where were we? Oh yeah, bull fighting, that’s right. I got this fatso with some shiny horns coming after me. All I wanted, today, was to pay my rent.

I only have seconds to think of a plan and now time is up. I’m on the floor with my chest substituted for a welcome mat. This guy is a joke. Nothing but force.

All I need is one good knockdown on him. Between the blackouts and bleeding lip, something was above him. Someone was above Bull. Damn, she was pretty, well before the smoke filled the room.

I took the chance as Bull coughed out a lung. As I struggled to get up since I was feeling like complete shit. I heard Bull still choking while I had my bandana up.

The crowd was confused from the erupted smoke. I pulled a guy in and he had sawed off on him. I politely borrowed the gun and pushed him out.

The smoke cleared and Bull was kneeling below me as I had a hopefully loaded gun on him. “Ladies and gentlemen, I need sparks. All the ones in this building are now mine.

If anyone disagrees, speak up.” I said. Silence is normally what I disagree with but this was different. “Good now- “I have a problem.” God. Damnit. “Jericho, I thought you would show up.

What can I do you for?” this went from the best to worst possible situation imaginable. I saw him raise that laser pistol. “I need you to put down the gun before I put you down.

” He said as the beam roared up. “Laser is inaccurate for long distant. You take one step and we’re all seeing red, not just the bull.” I threatened. “Fuck you!” said Bull.

“I don’t think you can do it. You’ve used nothing but party tricks. You haven’t killed anything from what I heard. You’re probably just a little punk acting big.

Hell, I bet that gun isn’t even loaded.” Jericho has a strong head for a merc, I’m spontaneous, also it is loaded. The horns came off. Well, only one horn and one eye. “Hey, look, it’s loaded.

” I couldn’t help but laugh. Bull was still there though. Let’s try the other trigger. The whole rest of the head splattering onto the floor was disgusting. “Fuck, Damn, Kid.

You just blew his fucking face off.” Jericho was caught off guard. “I own you, Jericho. Now grab the sparks and let’s get out of here.” I told him. A merc is a merc.

He liked the display of badassery I supplied and he had no problem. I saw some badassery happening as well. As Jericho was getting bags of sparks I looked around at this place.

No one here had smoke bombs. Guns and bigger guns. The person I was looking for wouldn’t be obvious. Jericho came up behind me and we left. “You got a ride here?” I asked.

“In the alleyway, boss.” He said. “Why am I following you?” Jericho asked. “I killed your boss and not many other people can afford you. And I’m sure you’re loyal.” I also need to find that ninja.

“What is this?” I asked looking at this primitive ride. “It’s a car, get in,” he explained “It has wheels.” “Not everyone can afford the flying ones.” He said getting in.

I followed into the styleless junker. I turned around to see the back seat arsenal. “How close were you to bull? how often did you see stuff?” I asked.

“What is it you need to know?” “I saw a ninja, she helped me take down Bull with a smoke bomb.” I think it was a she. “Don’t remember any ninjas.” We were driving fast through the city.

Wind flowing too fast for to light a smoke.“What about a girl, bangs and short hair.” And she’s fucking gorgeous. We’ll get to that part later.“Yeah, I know her.

There was an assassin who came in, no name, just a price. She was good. Bull tried to get me to kill her. She let me live.”“Do you have a name for her?” I needed to know something.

“How about An address. She lives in The Metro. What do you need her for?”“I think she’s hot,” I admitted.“You barely saw her once.”“It was enough to know she’s a badass.

” I started checking the backseat more. “What time is it?” I asked.“Nine right now. Why?”“Turn to Moe’s Motel, I got to go check out.” I pulled out some supplies from the back.

We made a few quick turns and we were right in front of this beautiful and faulty wired neon sign. “Moe!” I called out.

From the front door came out this froggy looking owner with his arms shining even in the moonlight. I tossed a bag of what I owed him. “I’m checking out.” Jericho peeled out.

In the mirror, I saw Moe pull the string to open the bag and boom!“Shouldn’t we save what gear we have left?” Jericho asked.“We’ll get more, the world is our arsenal.

” I leaned back “There’s a metro tunnel opening on the other side town.”“How do you know? Aren’t those things privately owned.”“There’s nothing hidden with enough money.

” it wasn’t long until we pulled up to the tunnel. “What are you packing under your coat?”“Does it matter? It can kill.” Jericho said.“List it, actually, lay it all on the hood,” I ordered.

He did so, two hand machine guns, two laser pistols, a belt of grenades, couple of knives, and even a shotgun.“See? All of it can kill.” But he doesn’t understand.“We’ll only need these.

” I picked up the knives. More than enough to get the job done.“What the hell is your plan kid?”“I haven’t figured it out yet, but I know it is going to be awesome.

” and indeed it totally is. Maybe. You’ll see when you get there.