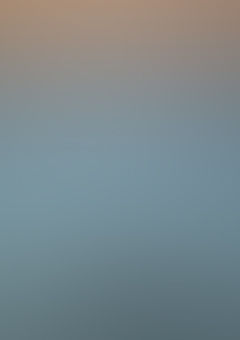 anon Stories From Unregistered Users
Autoplay OFF   •   3 years ago
Transcript
This is a true, 100% story, you don't have to believe it, but I assure you, it really did happen to me. I'm a male. This happened to me a few years ago about 2 or 3, I was visiting my grandma who lived about 2 or 3 hours away from where I lived.
By Tom5-1 https://www.reddit.com/r/...

This happened to me a few years ago about 2 or 3, I was visiting my grandma who lived about 2 or 3 hours away from where I lived.

She lives in a small house, she has 2 barns and a small pond near her house while another a mile or 2 down by her house.

The bigger pond is surrounded by a large patch of woods behind the pond and beside it. You can always walk around the pond so I chose to do exactly that.

When ever I walked by the woods I would hear a few branches snap and leaves crunch, I just ignored it, assuming it was just a deer or a turkey,

considering my mom and uncle did come down here to hunt often. I eventually stopped at the end of the patch and more leaves crunched and sticks snapped .

The sounds stopped and I continued to move on doing another lap around the pond which took about 5 minuets considering its size.

I stopped to tie by shoes when the sound came again, I looked into the woods and I nearly puked, my heart stopped.

A guy was poking his head out from a few trees in front of me then hid behind the tree again. I acted like I saw nothing, fearing for my life at that moment.

I speed walked to my mom and told her what I saw. She just said It was probably a deer that I mistook for a head.

We slept back at the pond but we had an RV which had 3 bunk beds, a king sized bed, a small bathroom, a table and also a couch that turned into beds. Along with a stove, microwave and even a TV.

After getting comfy on the top of the bunk bed, which had a small AC that let in freezing air.

I turned on the TV and turned it off when I started to feel drowsy and my eyes started to hurt when I didn't take my eyes away from the screen.

I fell asleep but woke up hours later, about at 2:30 in the morning. I swore I heard a faint knock under my bed.

I looked under my, and only saw my little sister, sleeping with the small window curtains closed. I decided to ignore it, thinking it was just raining out.

I heard another knock and I ignored it also. Then another, I got pissed and got down from my bunk bed, carefully, considering I had a fear of heights.

I leaned over my sisters feet and opened the blinds, I regret doing that. I let out a loud shriek when I saw a man, smiling, not a nice smile, but like he was going to murder me smile.

My older sister rushed woke up and told me to shut up.

I told her what happened and she got up immediately, grabbed a fork that was dirty out of the sink and opened the giant door that covered a thin screen door.

Suddenly, the man popped out from the side and forced open the plastic handle and grabbed the fork before my sister could even blink. He then proceeded to stab the screen door and laugh.

I was scared to death at this point, but my dad and mom still didn't wake up, then I remembered. They weren't there, they had gone up to the house to have dinner with my grandma.

I eventually gained up the courage, stopped crying and kicked the screen door while screaming my head off. The man had fell back and the fork flew out of his hands.

I opened the screen door and grabbed the huge one and slammed it shut. My sister called my parents and they came rushing down full speed and hugged my and my little sister.

They didn't bother calling the police, considering the man had already ran off and we couldn't find the fork. We ended up packing up and returning to our home. When we go back there

I don't really go down there often and when I do, I stay in one place and that is sitting on a white old bench, trying not to glance into the woods.