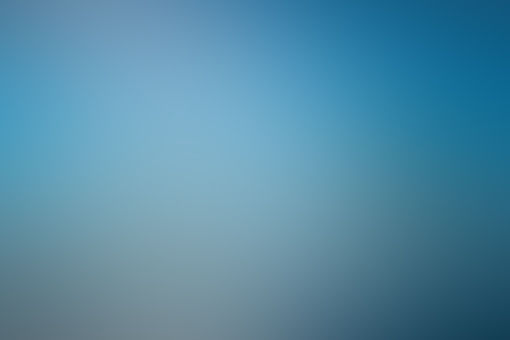 anon Stories From Unregistered Users
Autoplay OFF   •   3 years ago
Transcript
A bolt of lightning streaked across the sky, splitting the dark clouds, illuminating the sea ever so slightly. A small wooden ship, with no less than three men, rocked back and forth on the stormy sea’s surface.
By RegalWords https://www.reddit.com/r/...

A bolt of lightning streaked across the sky, splitting the dark clouds, illuminating the sea ever so slightly.

A small wooden ship, with no less than three men, rocked back and forth on the stormy sea’s surface.

The helmsman gripped the wheel as best he could, so as not to slip off the wet surface of the deck, while the captain shouted orders directly to him.

The orders turned to an argument, and conflict of ideas with the helmsman who questioned the Captain’s beliefs.

The Captain marched off below deck to a man, seated on a chair, that with each crashing wave slid to and fro across the mess hall.

“I really ‘ope, ye ‘re whatch ye say ye ‘er, stranger.” The Captain maintained a wide stance to steady himself, glaring down at the stranger sliding across his mess hall.

The stranger was garbed from head to toe in black, his hat tipped down – no response so much as uttered from him. “If ye cann’t do it, ye might’s well say so now.

The stranger’s head began to rise. From beneath the hat, two eyes peered out, eyes that showed no fear, eyes that told a story of what they had seen; things beyond the Captain’s imagination.

His voice was quiet, but not soft, firm, but not commanding, “It’s time.

” A wave crashed against the ship sending the stranger’s chair across the mess hall once again, to the table the chair was originally meant for.

The table had not so much as moved, kept still by the weight of the sword that lay across it. The stranger picked up his weapon and started off for the deck.

On the deck, the helmsman cursed and shouted – holding on for dear life. The stranger, followed by the captain had come to join him topside.

The stranger held out his sword to the captain, wishing him to hold onto it.

The blade was enormous, needing two hands to be held upright – the sword was a brilliant hue of blue, and the hilt was a darker metal of which the captain was also not familiar.

Once the weight of the sword was fully handed over to him, he couldn’t help but have his knees buckle and tremble below its weight, it was all he could do to stand.

The Captain’s eyes widened, taking in the stranger’s figure, who could carry such a weapon without so much of an effort.

The stranger stripped down to his pants, the water beading off of him as he held out his hand to the captain.

He returned it back to its rightful owner, who without so much of a heave took it into his own hands, and turned to look out at the sea.

That was when it arose, from the depths of the sea. The water bulged and parted, unable to hold the creature at bay. Its head emerged first, maybe 50 yards long.

Its teeth roughly 5 yards and sharper than any human’s sword. As its emerged from the water, they stared down at the boat as if acknowledging the stranger and not once wavering in its view.

More and more of the beast begin to slither out from the sea, and the captain fell backwards on the deck, in fear. “…L-Leviathan…”

It was the serpent-dragon, Leviathan. Only thought to be myth to some, but more than legend to others. The stranger swung his sword onto his shoulder, and bent his knees.

The captain watched idly by, unable to stop him, unable to even ask him not to go.

The stranger’s muscles tensed beneath the skin, and he leapt into the air – higher than any man the captain had ever seen.

No sooner than he thought ‘Maybe this man can pull it off’, the stranger was snatched out of the air by the dragon.

The captain, a burly man with clear over 20 years on the sea, looked up into the lightning filled sky and wept. He wept for the first time since his childhood.

He didn’t cry for the stranger, no, he cried because he knew that both his helmsman and he were next. The Leviathan would spare no one.

It was in the moment of doubt, that moment of terror where the captain could not control the shuddering of his own body, the beast stopped moving – its head turned.

A dark liquid rained over the boat, and the dragon’s eye ceased to glimmer brightly in the storm.

A single hand emerged, pulling the stranger to the surface of the dragon’s eye, coated in its blood.

He tossed himself atop the Leviathan’s head, a screech coming from the creature that nearly shattered the captain’s eardrums.

In his hand, he held a brilliant, glowing ball that shined a vibrant blue.

He knew. The captain knew exactly what was in the stranger’s hand, without a shadow of a doubt. It was something he had only heard about in bed time stories.

The helmsman shouted to captain, in a panic, “What, what in the seven seas is that?!”

The captain responded calmly, “That there’s the Leviathan’s soul itself.”