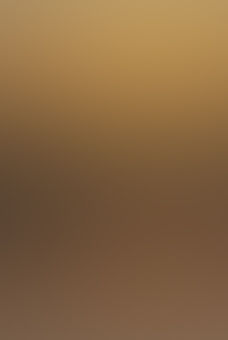 anon Stories From Unregistered Users
Autoplay OFF   •   3 years ago
Transcript
My ‘reviews’ are going to be more like a ‘Reaction’ where I’ll be writing notes as I watch the episode. I hope you don’t mind this style of review/reaction. Koi to Uso starts off with a wedding of an idol being shown on the news - getting married to an ordinary man. It covers the history of why people are assigned spouses in this world.
By riceball-girl https://riceball-girl.tum...
arranged marriageshigh school settingromanceepisodic reviewreviewdramakoi to usoanime most romantic review stories

My ‘reviews’ are going to be more like a ‘Reaction’ where I’ll be writing notes as I watch the episode. I hope you don’t mind this style of review/reaction.

Koi to Uso starts off with a wedding of an idol being shown on the news - getting married to an ordinary man. It covers the history of why people are assigned spouses in this world.

Because the low birth rate in Japan (which is actually a real thing in Japan), everyone is assigned a partner at the age of 16 that they must marry to ensure birthrates improve.

But there was a boy who was unsatisfied with this system.Opening time! The song is so-so, the animation isn’t anything spectacular, introducing the main cast, two boys and two girls.

Uses the red strings of fate idea, which is something I like, but it doesn’t really add anything to the opening.

Okay, so then the main story starts, and it shows our MC, a highschool boy wondering what love is while looking at this pretty girl. His name is ‘Neji’.

(That name makes me sad since Naruto Shippuden ended…)Neji talks to Takeda who says he wants to fall in love, live for love, and not get married.

Nisaka tells Neji its because he’s meeting the person he’s going to be 'assigned to’ tomorrow.

The three of them, and some others decide to make a pact to never get married - the pretty girl joins in, haha.Her name is Takasaki.

She’s already turned 16 but hasn’t been assigned a partner yet.

Nejima doesn’t want to be assigned someone cause he wants to fall in love with Takasaki because he liked her since he was a kid and offered her half of his rubber,

and kept the other half as a keepsake, and she said thank you so he fell in love with her for that reason. That’s kinda weird, Neji…Neji’s getting his assigned partner soon and he’s worried.

Because he doesn’t want to be assigned to anyone other than Takasaki.So he’s going to confess tomorrow first thing in the morning. He asks her to step aside and talk to her.

He tries to tell her they were in elementary school together but she doesn’t even remember him, haha.

He loses courage after that blow, aww… Don’t give up on love Neji!

And as if he heard me, he tells her he’ll wait in the park behind their old elementary school… But she doesn’t show up and it gets dark. Police show up telling him it’s like 10.30pm.

Just as he’s about to leave though, she appears, apologising for being late. So they sit down and talk.Aw, Neji was so cute, rambling nervously about burial mounds after all.

Takasaki says he was cute about those in elementary schools. She remembered after all, she lied about not remembering. Well that’s good, but it was a little mean of her.

Neji’s getting his hopes up again.He tells her about how hard he tried to become someone who’d look good next to her, with style, study, etc. Then he confesses.

Good for you Neji…!Oh no, she’s crying!? Why?She still has the rubber! Apparently she’s liked him ever since then too! Ah so sweet!! Even if the rubber thing is weird, still.

And they’re both being really sweet, confessing their feelings and hugging each other so tenderly. She asks if they should kiss, and they do. A lot.

Things seem to be going too well for the two of them. And I knew it would. He gets a text message from the government. He’s got his assignment.

It says his partner is Takasaki but there’s something up with his phone and it switches off.

Then these guys from 'The Ministry of Health, Labor and Welfare" show up knowing his name - how did they even find him!?! Have they got the Snapchat’s new Map Chat feature!?

They give him another assignment, in paper, but it’s for another girl - Lilina Sanada. Not Takasaki!!I knew this would happen…! Uh oh.Takasaki congratulates him.

And tells him it was good enough to be able to wish him happy birthday, while crying and shaking. She runs away but he chases her, stops her and just holds her.

Awww…!Then Neji had this great quote I loved: “In this crazy world where people have their future spouses decided, my feelings of love are no lie.

”Good for you Neji! Don’t give up on your love!I like this! In the end we were briefly introduced to this Lilina when she got her assignment to him by text message.

Next episode, we’ll meet her!I’m curious about the text message that Neji got before those government agents showed up, and i wonder if that’ll be brought back up.