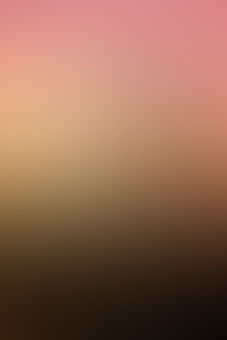 anon Stories From Unregistered Users
Autoplay OFF   •   3 years ago
Transcript
I'll be changing names for the sake of anonymity. This is a story of a woman I'll call Kathy. And how she still haunts me. And how she ruined my life.
By AwalkingTragedy https://www.reddit.com/r/...
feelings

I'll be changing names for the sake of anonymity. This is a story of a woman I'll call Kathy. And how she still haunts me.

And how she ruined my life.

It was a normal college student's day. There was a warm autumn breeze. My classmates and I sat behind Subway, smoking a joint.

We all agreed we weren't ready to go to class until we reached a [10] so I broke out a pipe I had and packed it with whatever weed we had left.

As we start to spark the bowl, Randy's friend comes out of Subway. He introduces her to us as Kathy.

She was gorgeous. Her eyes were captivating. I don't remember the exact words I first said to her, but I recall how they made her laugh.

And it was forever burned into my eyes the way her nose crinkled when she did. We shook hands and shared a quick smile, and was told I had great teeth.

It wasn't soon after that we started to hangout, albeit minimally. We'd see each other around campus and share a quick chat before one of us had to be off.

Let me sidetrack a bit. This was the year 2012. I had just gotten over my last relationship, which pretty much crashed and burned.

I swore to myself that I wouldn't fall for anyone, and as for Kathy, all I saw in her was a gorgeous woman.

As the year came round to an end, we all as a group went to a dinner together. And that's when I saw her in her true beauty.

And when my downfall began. But I was yet to know that.

She had on a dress that left much to the imagination, but still brought out things about her I had never noticed. And there was this one thing she did where she would whistle a small tune.

She always did this when something was on her mind. That night was the night I fell for her.

Over the next semester, I started to find excuses to hang out. We talked more and more about things than just school, ranging from whatever our plans were and whatever we did when we got bored.

Sometime during the middle of the semester, I started to work in a tutor center. They needed another worker, and knowing Kathy needed a job, I cued her in on it.

This felt to me like the perfect plan to get on her good side and claim her as mine. We got accustomed to working together, and we talked much more.

That was a mistake. We'll fast forward to Thanksgiving of 2013.

But to sum up the time between then, me and her got closer, hung out more one on one, talked throughout the day and night. I was mad about her. And I felt she felt the same.

So on the night of Thanksgiving, I got really REALLY drunk. And got the bright idea to drive [actually, my cousin drove] to her house and confess my love for her and how she drove my crazy.

However, I had not processed the fact that she would be with family. So as I was at her doorstep pouring out my heart, her mom came to the door to see who it was.

Everything clicked in my head, and I apologized for choosing a bad time. She told me she would see me at work after the weekend (she didn't work Fridays).

The weekend dragged on without any reply from her.

Come Monday, I meet her and she pulls me aside, telling me she did not feel the same and she wasn't ignoring me, but rather trying to process my confession.

Starting from that day, our friendship spiraled into nothingness. I eventually was fired from my job as I got careless at it.

Kathy and I tried everything to keep things solid and normal, and then one night, she asked to have dinner, her treat. All I had to do was help her understand some Calculus material.

Everything that night felt normal - at least until the night was over. I was going to just take a bus home but she offered to drive. I complied, and we took off.

However, she missed an exit, and thus began the longest drive of my life. I pitifully tried to make small talk, and tried to catch up on the talks we had missed out on since the incident.

When we arrived at my home, she looked me in my eyes and told me that we shouldn't contact each other anymore and that dinner was a bad idea.

She said she saw how much pain I was in, and that seeing her less would be bad for me. I concurred.

I tried to kill myself that night. I got really drunk and tried to take a bottle of pills. However, I woke up in the hospital. The ambulance got to me in time (my cousin had found me).

I admitted I needed help. I was in a clinic, under watch, for 2 months. I felt okay after leaving. I felt like I was over her. I resumed my life and went back to school. I hung out with old friends.

I didn't see Kathy anymore. Sometimes I think I see her, but then realize it's someone else.

But sometimes I still hear it.

Sometimes I still hear her whistling.