Commaful
It’s 1am and i’m missing you 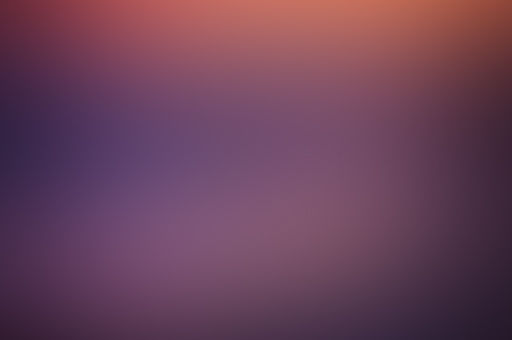 anon Stories From Unregistered Users
Autoplay OFF   •   3 years ago
Transcript
Let me tell you a story. my first love story. my first love you may say. the first time that i loved someone. the first time that i felt something called love with someone. and how tragic this story is.once a upon a time. there was a boy and a girl. the girl was so pure and innocent and naive. the boy invited her to a party. the girl said yes.
By cylindernprism https://cylindernprism.tu...
poemsyou broke my heartbroksadshort storyblack and whitedepressing thoughtsquoteslove poemsuicidal most romantic depressing thoughts poemsmost romantic love poem storieshappiest love poem poemsheartbreak poemsdepressing thoughts poems

It’s 1am and i’m missing you

and how tragic this story is.once a upon a time. there was a boy and a girl. the girl was so pure and innocent and naive. the boy invited her to a party. the girl said yes.

the boy and the girl was watching a horror movie. the boy made space for the girl. the boy wanted her to sit next to him. the girl didn’t suspect a thing and she sat down.

the girl was having a drink, and the boy asked for it. even though it’s just this small, the girl felt something, something that she has never felt before. never has a boy invited her to a party.

never has a boy asked for her drink. i know you’re probably thinking this girl is overdramatic it’s just a drink nothing more. but that girl for some reason just was happy.

for once a boy took interest in her. so the girl gladly gave him her drink.

then when a scary scene come on, the boy would be scared and would hide, he would cover his eyes with the girl’s shoulder. the girl has lost her words. she didn’t knew how to react.

this has never ever happen to her. she was happy.she thought that the boy liked her. later that night, the girl was pretty tired and she wanted something to rest on.

so she took a chair, put it next to the boy and sat down. for ten minutes she was debating whether or not she should rest her head upon his shoulder.

coz that girl thought that the boy liked her and the girl liked him back. and she finally decided to rest her head upon his shoulder. and in that moment.

the girl was feeling a feeling that she couldn’t explain.

there was a weight inside her that she has been carrying for a long time and when she rested her head on his shoulder it was like the boy was helping her carrying her weight too.

it’s like the girl could finally find a place to put her weight down. it was what that girl has been wishing all along. she wanted a person to carry the weight with her.

she wanted a person to be there for her. and in that moment the person is the boy. and she fell, and she knew that there was no going back.

the boy and the girl talked and for once the girl wasn’t as sad. later on the girl was taking some polaroid pictures and the boy asked if he could have a picture with the girl.

then the night end.a couple of days later they were texting and chatting and the boy made the girl feel like she means the world to him. she was treated like royalty like his princess, his queen.

the boy flirted with her, the girl never had anyone flirted on her and she just can’t shake him off. and then the boy asked the girl out for a movie.

but the boy never would’ve watched something like this he wouldn’t even go to a movie with anyone. at least this was what the girl’s been told. and the girl felt special. the movie started.

the girl has imagined every possible way that this could go down. she was so nervous and excited about this date. then the girl laid her head upon the boy’s shoulder again.

but this time, the boy responded he laid his head back to her head. she felt it. his hair, his head everything. and until now, she could still feel that feeling vividly and precisely.

she was heartbroken. she never knew that people can be capable of doing that. breaking someone’s heart. she was already heartbroken enough but then the ugly truth came out.

the girl was having lunch with a friend and the friend told her something. something that she knew and she thought she’d share it with the girl.

she told the girl that the boy, that boy, the boy who has been flirting with her playing with her feelings.

the boy has been dating a girl in school secretly since last summer, almost a year now. the girl almost broke down. but she said no. no. nobody knew that she was having feelings for the boy.

so she acted shocked and did what people would do when they hear a scandal.none of them were real. nothing. those messages, the movie, everything was just fake. the boy was just a fuckboy.

the whole time that the boy and the girl was watching movie, sending each other flirty texts, the boy was dating another girl all along.

he wanted the girl made the girl fall for him and just left her i guess. i don’t know. the girl was devastated. the boy made him the girl’s everything whilst the girl was nothing to the boy.

and everyday the girl needs to face the girl who has been secretly dating the boy. she needs to pretend that she doesn’t know anything. and she needs to put on a happy face.

the boy and her never talked again. the boy never bothered to explain to the girl why he stopped talking to her. it was as if they never happened. and that girl is me.