Commaful
I'm writing a short story... well, it's turning into a long story, about zombies and dinosaurs. I would love some feedback. 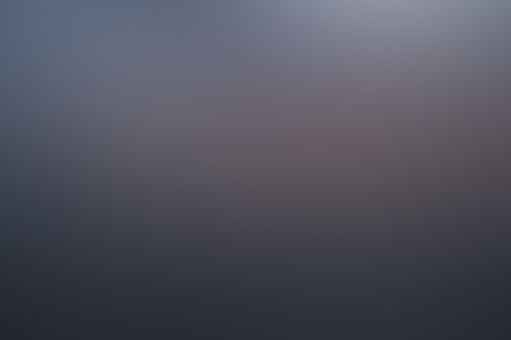 anon Stories From Unregistered Users
Autoplay OFF   •   3 years ago
Transcript
1 It had only been a few days since we had left the mainland, and only a week since the infection had been first reported.
From https://www.reddit.com/r/...

I'm writing a short story... well, it's turning into a long story, about zombies and dinosaurs. I would love some feedback.

It had only been a few days since we had left the mainland, and only a week since the infection had been first reported.

It was only a day later that the first scientists and reporters became the first victims and the first living humans turned. From there, the destruction and rate of infection had exploded.

Within 24 hours of the firsts, reports came in of massive hordes of reanimated corpses occupying major cities... turning all that stood in their way.

Several countries tried sending their armies to quell the situation, but that only worsened it.

Guns only did so much to zombie armies, hundreds of thousands deep, and with large explosions from tanks and bombs,

came even wider contamination due to the chemicals in the corpses being disturbed and pushed higher into the atmosphere. It had become airborne...

The only escape was to rural areas, or to the sea. I chose the latter... it was only a matter of time before even the rural areas would not be as safe as people had hoped.

An island... Those in charge had said that there we would be safe from any sort of infection. We were students and teachers. Soldiers and doctors. Men, women, and children.

We were, quite possibly, one of the few hopes for maintaining the species.

"Where the hell are we?" Sgt. Reynolds barked at one of the older gentlemen who had been appointed captain of the vessel. The original captain was... well, he didn't make it.

Reynolds was a former Drill Instructor and has taken to appointing himself the leader of our group. At least we had someone to tell us what to do...

Most of us were so disillusioned with the situation that we could barely talk.

There were only a few dozen of us who had made it onto the ship from the harbor.

It was a miracle any of us had made it off the mainland alive, and even more so considering the only food we had we were lucky enough to have recovered from the bowels of the ship.

It seemed as if the original captain had been preparing to live at sea until he could come up with a plan as to how the hell he could survive in a world full of flesh devouring corpses...

But food for one man only goes so far between a group.

Zombies. They were fucking zombies. All of the films and stories had done nothing more than make us lower our guard as to how real a possibility the walking dead were.

"I have no idea, but we don't have the resources to care right now."

Most everyone was on deck, now, staring at the monolithic island before us. Whether we liked it or not, it was our new home, for now anyways. I, for one, was eager to get off the ship.

I had always been afraid of the emptiness of the ocean. Funny how little your fear of the unknown matters when you’re faced with fear of something much greater and much more terrifying.

Still, it felt great to know I would be able to step off of that heap I considered to be my floating coffin.

Staring at the coastline, all I could see was sand, and a thick tree line leading into a lush forest.

I was looking at trees I had never seen before that looked like they had been there for far longer than I could imagine. Vines and thick brush started to come into view the closer we got.

And then something in the trees... Fruit! Or at least something that resembled the fruit I was familiar with! We were going to be able to survive for at least some time longer.

Relief flooded my body. Relief that we were going to be ok. That I wasn't going to die at sea with no hope of survival. Relief that...

My eyes locked onto something in the underbrush as we closed in further on the island. Something reflective... but what? The relief turned to panic as I realized what I was staring at.

We were being watched. Those were eyes.

I glanced around for Reynolds. We needed to be prepared that we might have company when we landed. The undead? Impossible. Not this far out, there was no way.

By the time I had looked back, the eyes were no longer visible to me. Maybe I was seeing things...

"Start unloading some supplies for a reconnaissance team to check out the island and we'll see if we can find any food, shelter, or signs of intelligence on this rock.

I had convinced myself that I just needed to get off of the boat when a shriek erupted from the forest. A sound like nothing I had ever heard.

The sound of a screaming jet engine combined with the emotional tones of something living... something communicating.

Birds flew from the canopy of the forest as we all stared silently into the mysterious interior of the island.

"It doesn't matter, we can't stay on board," Reynolds projected over the deck, already knowing what we were all silently wondering.

"Besides, nothing can really be as bad or as frightening as what we've all already seen and been through..."

None of us could have possibly known how wrong he was.