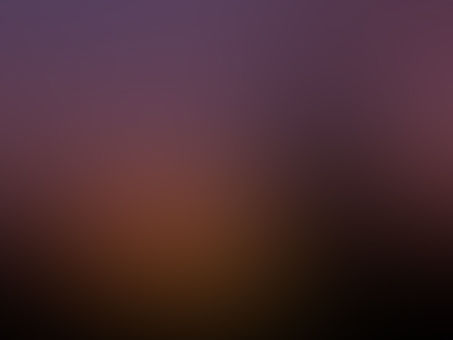 anon Stories From Unregistered Users
Autoplay OFF   •   3 years ago
Transcript
As the new election cycle begins and social and economic are being dicussed, I recall a certain sentiment from the last election. President Obama made some statement along the lines of (keep in mind I'm paraphrasing)"A woman should not have to pay more for health insurance simply because she's a woman."
By dunker741 https://www.reddit.com/r/...
thoughts

As the new election cycle begins and social and economic are being dicussed, I recall a certain sentiment from the last election.

President Obama made some statement along the lines of (keep in mind I'm paraphrasing)"A woman should not have to pay more for health insurance simply because she's a woman."

Now while I don't disagree with this statement, I do believe it reveals a double standard in society. All other factors being equal, men can pay on average $358 more on car insurance.

I understand that statistically men get into more accidents than women. But statistically women also have higher health care costs due to pregnancies, periods, and other issues.

So why does the logic only apply to one group?

Furthermore, if hypothetically you were to charge any group of individuals other than men a higher rate of insurance due to statistics,

all kinds of human rights activists would be jumping down your throat screaming discrimination.

If hypothecially, statistics showed that black people got into accidents more so than whites; insurance companies proceeded to charge blacks more based on that,

they would get universally shamed and branded as racist. Same goes for hispanics, women, or any other demographic.

So why are men the only demographic that is appropriate to discriminate against based on statistics.

EDIT: A key interesting point I believe has emerged which sets up some interesting dynamics for this debate.

The main argument against my view seems to be that health insurance is mandatory while car insurance is not. But I will copy and paste an interesting point made by /u/redbrassdart

In fact, I have deliberately chosen car payments over health insurance in the past. It is more of a necessity to me.

In a sense, car insurance is a neccesity in order to have any shot at a decent life in the states. If we were debating about Europe or a country with good public transportation that'd be different.

And many people have still gone without health insurance. It's not mandatory to the extent that you can go to jail for not having it.

EDIT: A common argument I've seen is that women getting pregnant is somehow not a choice but men driving recklessly is. Here is a good response from/u/dejour

EDIT: First off, I'm amazed and surprised at how fast this thread blew up. I'd like to thank all who participated in this productive debate.

As for my opinion, it at first changed because of the most common objection I've seen here: healthcare is mandatory and a neccesity while car insurance us optional.

However I have since changed my mind again due to a strong counter-argument which has surfaced towards that, which is,

why is discrimination justified just because it's related to something optional? Here is a good analogy provided by another redditor:

Would it be discrimination if Mcdonalds conducted a study that came up with the conclusion that Latinos on average used more napkins and ketchup than other races,

and therefore warranted higher prices on their meals? Eating at Mcdonalds isn't a right, it's a "privalege" (using the term loosely here).

I don't think your argument holds water in this situation.

For one thing, maybe men drive faster because of more testosterone or other hormones. In which case, the accident difference between men and women is partially physiological.

Secondly, women might use more health care partially because they choose to visit the doctor more frequently.

"Women go to the doctor more than men, about 33 percent more, and that's after we've excluded visits to medical care for pregnancy.

And they are going to the doctors for things that are not acute conditions, such as preventive care or annual visits. They are twice as likely to go to the doctor for non-illness care than men,"

"The most commonly prescribed drugs were non-narcotic analgesics like Tylenol,"

And women are going to the doctor much more often for acute care, much more than men for such things as colds, the flu, the upper respiratory illnesses,"

So I think that both types of insurance use are an interaction of physiology and choice.