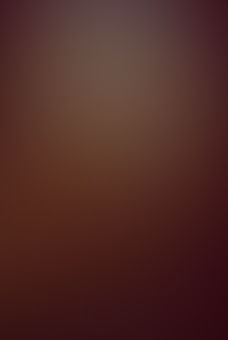 anon Stories From Unregistered Users
Autoplay OFF   •   3 years ago
Transcript
Jason had been following the succession of chalk arrows drawn on the pavement since he'd seen the first one on campus hours ago, with the message written above stating: "Follow the arrows. " He assumed it would lead to a special event – maybe even a pizza lunch. Curious, he'd taken off in the specified direction.
By manen_lyset https://www.reddit.com/r/...
thriller

Jason had been following the succession of chalk arrows drawn on the pavement since he'd seen the first one on campus hours ago, with the message written above stating: "Follow the arrows.

" He assumed it would lead to a special event – maybe even a pizza lunch. Curious, he'd taken off in the specified direction.

Once he realized the arrows led off-campus, however, he decided to abandon the wild goose chase. Unfortunately, it was already too late. Jason *had* to follow the arrows.

He tried to fight the urge to turn when they instructed him to.

He tried to step back when they told him to go forward, but his body was stuck on a singular path, as though he'd become a videogame character from a side-scrolling platformer.

Across town, he found the bottom half of the next chalk arrow. To his relief, the top of it had faded in the rain.

He thought it was over---he thought he was free, until he noticed the left turn sign painted on the cement. His body ached as he tried to turn away, but it was no use.

The street signs brought him out of town and away from the infernal arrows controlling his actions. He had faith that he'd be free once and for all, until he heard honking above him.

His gaze drifted to the sky, where he saw a flock of geese flying in a V formation towards the mountain. Jason had to follow the arrow.

Tree branches pointed the way deeper and deeper into the woods, forcing Jason to slowly trek up the uneven terrain.

The hairs at the back of his neck stood on-end when he heard the sound of footsteps behind him. He couldn't tell how far away they were, but they sounded as though they were closing in on him.

As much as he hated the arrows, his unknown pursuer frightened him even more.

Jason sped up, turning where instructed, stepping through bushes when needed. After an exhausting hour of stumbling up the mountain, he reached the very top.

There, on the edge of a chasm, was a small collection of rocks in the shape of an arrow. Swallowing hard, Jason stepped up to the ledge and peered over the edge.

At the bottom of the chasm was a pile of bodies in various stages of decomposition. The scent of their putrefaction wafted up the hill and into his nose, making his eyes water.

Jason tried to turn away, but his muscles tensed in protest. He didn’t want to obey. He looked around desperately, hoping to find an arrow pointing anywhere else.

He wanted to go home and be with his family, but couldn’t disobey. Jason had to follow the arrow.

Erika heard a crash off in the distance. She hoped whoever had been ahead of her hadn’t slipped and fallen. She was terrified and wanted to go home, but she had to follow the arrows.