Commaful
Flashbacks of him, of me and him 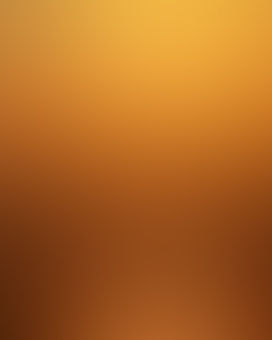 anon Stories From Unregistered Users
Autoplay OFF   •   3 years ago
Transcript
His perfume remains fresh in my nostrils, that 1 million fragrance that I seem to still smell on his scarf every day I wear it. His voice echoes in the back of my mind, his kisses remain on my skin and his words are still revolving on my mind and accelerating my heart rate and respiratory frequency.
By lynnxbloodstreamxphotograph http://lynnxbloodstreamxp...
romanceboyfrienddreamlove storyhappinesstripofmylifein love most romantic in love storieshappiest happiness stories

Flashbacks of him, of me and him

His perfume remains fresh in my nostrils, that 1 million fragrance that I seem to still smell on his scarf every day I wear it.

His voice echoes in the back of my mind, his kisses remain on my skin and his words are still revolving on my mind and accelerating my heart rate and respiratory frequency.

It’s been 6 months since the last time I kissed those sacred lips, the sweetest and most powerful kisses I’ve ever had were from his blessed mouth.

I only say things as they were and it was majestic.

Being by his side was a delight, walking by his arm was like walking on cloud 9, kissing him for the first time was like being born again,

waking up with him was paradise and even more when sometimes I’d rather have him as my alarm clock with his kisses rather than my own boring cellphone alarm.

Staring and getting lost in those eyes every day, every night, how could I stop staring at him when I was having what I wanted the most in this world breathing beside me?

How could I not be mesmerized upon such miracle? Upon such wonderful event.  It all felt like a dream but it wasn’t a dream, it was life.

I will come see u and I will be with u; before me and him became a couple and back in that moment when I told him how I felt about him and my feelings for him,

in that moment I was just a grad student, I didn’t even finish university and he was in his way to finish his, just like me but I promised something that by that time,

I wasn’t sure of how I’d make it but my impetus and feelings dragged me to promise it, cuz somewhere deep inside of me I knew I would find a way some day.

After all, I always make my way to fight for the things that I want in life and pretty much always end up reaching them,

I strive and work hard for what I want and I go against everything for my passion in life and he is one of my biggest passions, for me he is happiness itself.

Two years later I did what I promised, I love to do what I promise since I’m a person of one word, if I tell u I will do something,

the most likely thing is for me to do as I say and life has a strange, peculiar, particular and nice way to make my dreams come true, always leads me to where I want to be,

even if I don’t know how does it exactly clicks or connects with all the things I love but it always opens a path for me building a bridge between me and those things.

Well, this is the largest and nicest bridge that life has ever given to me.

If you would have asked young Lynn, could you imagine in a few years you will be a scientist, you will go work abroad, life will show you its brilliant teeth and will smile to you,

just hopes it includes a life time with him, because listen Lynn, he is all you ever fantasized as for a boyfriend, he exceeded the mold,

he is even bigger than what you pictured and makes u feel things u never thought u could feel before, he breaks your walls, crashes your fears, fades away your nightmares,

kisses your soul and vanishes the bad thoughts as easily as moving his facial muscles upwards and showing you teeth letting a joyful laughter escape from his vocal chords.

Yet, young Lynn knew since she was in the womb she belonged to a greek, and no, I’m not lying, that’s what I’ve been told.

My parents use to read me greek mythology stories while I was in the womb and I would move a lot and wouldn’t be quiet until I got my daily story,

only by then I’d be fine… I guess even me as a fetus knew where I belong.

When my mother found out I was in love with a greek she reminded me of that and that’s a lucky fact and the most derisory fact is that they even wanted to name me with a greek name,

a goddess one, ahahaha, nice, nice, sure, but I’m glad they didn’t, ahahaha.

My roots were based on love towards Greece and when I could see the land through the airplane windows I couldn’t help but to smile the fullest, I was there.

I told myself “Lynn, you made it, you are in the land of your dreams where your living dream is and you are about to step where he walks” The sky was orange, the sky was pink,

the sky was yellow and I could see all those cumulonimbus piercing the sky and dragging colors around them, fueling my dreams, feeding my soul and anxiety starting to grow because for a moment,

It’s funny to think that all these words are not enough to describe just the moment of my arrival and what it meant to me but it’s a moment I love to replay on my mind, just as his kisses,

spread all over my body that remain like a permanent tattoo engraved on my skin, my muscles, my bones, on my very everything.

Because he didn’t kiss my lips, he kissed all of me and when I say all of me I’m not just talking about my body but he kissed who I am and embraced it, at its best and its worst,

that’s how I know he loves me, he always kisses me, even when he can’t reach my lips.And I love him, I love him endlessly.