Commaful
Dr. Marshmeadow's Top Ten List of the most Eldritch Abominations found under your child's bed 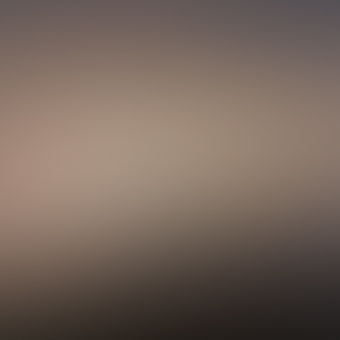 anon Stories From Unregistered Users
Autoplay OFF   •   3 years ago
Transcript
10. **Backwards Belinda**, who borrows your child's head at night, wearing it like a rubber mask as she descends into the underworld and dances at the demonic masquerades,
By cold__cocoon https://www.reddit.com/r/...
thriller

Dr. Marshmeadow's Top Ten List of the most Eldritch Abominations found under your child's bed

**Backwards Belinda**, who borrows your child's head at night, wearing it like a rubber mask as she descends into the underworld and dances at the demonic masquerades,

delighting in the deception of the fellow damned. At sunrise she ascends, and sews the child's head back on its shoulders. But she sews it on backward. Belinda's not so good at sewing.

She's quite gifted at dancing.

9. **Spiders Bjorn**, who vomits millions of tiny spiderlings into your child's sleeping mouth, where they consume the little bits of leftover food on the child's teeth.

If there is no food debris available, they'll devour the tongue and other fleshy bits.

7. **Tick Tock Man**, an armless, legless, headless torso who--you know what? **We ALL know about Tick Tock Man**. Talking about him will summon him; the less said, the better.

**God's Sanctified Army Ants**, colony-building insects that disassemble your child, piece by piece, and reassemble them at the fiery throne of their irritable and impatient deity,

6. **Farley Fiddlefingers**, a long, skinny spook who replaces exactly one of your child's vital organs with a wind-up mechanical replica. Which one? You won't find out until it fails.

5. **The Glass Serpent**, a transparent-skinned snake that swallows children whole, digesting them for several weeks.

The child can be seen struggling and slowly asphyxiating in the see-through stomach as the scaly captor slithers about town.

4. **Coyote's Suckling**, a crying baby whose skin is made of rawhide and scrap metal, and whose hungering wail sounds like the screech of metal against metal.

a beast well-known from the old nursery rhyme: *The hoary shadow lurks beneath/Wearing a necklace made of your teeth/She freezes your body so you can't scream/Injecting her poisons into

your bloodstream/She peels your skin and chews your fat/And feeds your heart to the mutated rats!*

2. **The Robotic Extraterrestrial Skeleton Zombie** (Note: this might be a fabrication of your child's imagination, as I have no documented encounters of this particular monster.

But believe me, the way your child describes it is utterly *terrifying*).