Commaful
Creeper In The Park 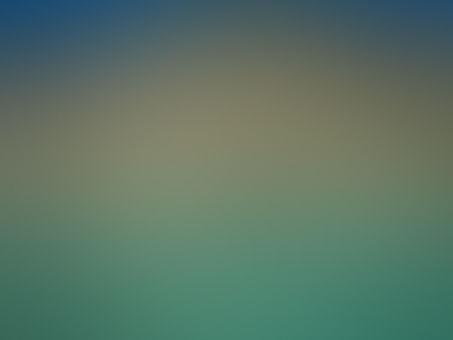 anon Stories From Unregistered Users
Autoplay OFF   •   3 years ago
Transcript
I'm a wedding and portrait photographer in a large US city. As with most big cities, downtown can be pretty sketchy, but usually only at night. I'm a tiny, 24 year old female, but I often get mistaken for being more like 18-20.
By alpacaphotog https://www.reddit.com/r/...

Creeper In The Park

I'm a wedding and portrait photographer in a large US city. As with most big cities, downtown can be pretty sketchy, but usually only at night.

I often shoot at a particular field downtown, which is off of a main road but slightly secluded.

There are very popular running trails that pass behind the field and off to the sides, and many people go walking around sunset. Of course, this evening, there was no one.

I arrived early to shoot a session, and I figured I'd get out and scope out the location before my clients arrived.

I got out of my car and I was standing in the field with my camera when I saw this guy get out of his car alone and walk toward a trail where (usually) a lot of people walk or run.

So, okay, not weird at all. He didn't even look at me when he passed. He stopped some distance up ahead to look at something, and it looks like he's taking a pic on his phone.

I noticed a massive field of flowers in the distance, and started thinking how pretty it would be if I could find a path over that way.

I start walking semi-behind him to try and get a closer look at a flower field across the way, and I see that he's stopped about 20 feet in front of me.

Although I wasn't very near to the field, something told me to stop where I was and look at the flowers from the distance I was at.

As I'm peering over into the flower field, he turns around. He's around 40 years old, tanned skin to the point of being leathery, and wearing a hoodie and baseball cap.

He then begins to approach me, and gets around 4 feet from me when he suddenly asks, "Are you a photographer?

" My first thought is that this guy is going to want me to take a picture for him or something, so I'm a little on edge already.

(I've been reading A LOT of r/LetsNotMeet, so I'm also trying to be rational and think not every person you meet is a creep.) I reply yes, and he begins asking what kind.

I tell him that weddings are my speciality, but I also do portraits. He then asks me for a business card. I hand him a card, and ask if he's looking for a wedding photographer.

This dude's well over 40, but hey, I'm trying not to judge. Maybe he's got daughters or something. His response is what sent my red flag flying.

He stumbles on his words and says, "uhh umm I mean I have relatives.

So are you waiting on someone?" I start glancing around looking to see if there's anyone else around, and of course, all I can see is an equally as sketchy homeless man off in the distance.

I quickly reply. "Yes, I'm meeting clients for a session and they should be here any minute.

Well, I need to go check out the location nice to meet you!" And I start backing up when he steps closer and says, "Can I ask you something? Are you looking for a man?

" My heart begins to race and I know this is a bad situation.

I quickly say, "Oh I'm engaged!" While I'm speaking, I'm slowly starting to back up. He then asks me how old I am, and looks surprised when I say I'm 24.

He then steps closer and says, "Your fiancé lets you go out alone often? That's surprising. I wouldn't." At this point I'm throughly terrified, and I know this man does not have good intentions.

With each second I'm backing up a little more, and with each step I'm taking back he's stepping towards me. I discreetly pull out my phone and say, "Umm.. yeah...

we've been together a long time and we live together.

" (AKA he would know if I went missing asshole) He starts looking me up and down, his eyes rolling over every once of my body, and tells me I'm "very pretty.

" At at this point, I've texted my boyfriend (lied about the fiancé part, but it sounded more permanent in my head at the time) "creeper alert".

He calls me immediately so I answer and say, "Hey! Are you here yet?" And I pretend like he's my client and I start walking away, glancing over my shoulder at every second.

My boyfriend is very confused, but I continue to speak to him just like he's my client that's just arrived.

I make it back to my car and quickly lock the doors, and I see creeper dude head off toward the trails away from the field. A minute later, my clients arrive, and her husband is a big dude.

Like, could kick this creeper's ass in ten seconds big. I feel a bit safer, and I pull myself together and go on with the shoot.

At the end of the shoot, I look around again and don't see him anywhere, but his car is still there.

The only problem? My business card has my personal cell phone number on it...