Commaful
Cornered And Criticized By A Creepy Homeless Man 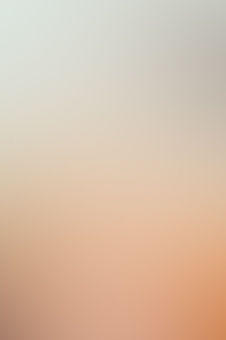 anon Stories From Unregistered Users
Autoplay OFF   •   3 years ago
Transcript
I was 17 when this happened and was/still am female. Several years ago while I was in high school I worked at a restaurant in the busy part of town. Since I went to school during the day I usually worked at night, which meant getting off work anywhere from 10pm to midnight.
By sweetdeehasahartattk https://www.reddit.com/r/...

Cornered And Criticized By A Creepy Homeless Man

I was 17 when this happened and was/still am female. Several years ago while I was in high school I worked at a restaurant in the busy part of town.

Since I went to school during the day I usually worked at night, which meant getting off work anywhere from 10pm to midnight.

If I ever got off on the first round of cuts I usually hung around until a friend finished their shift and could give me a lift home.

On this particular night I was off early and sitting around waiting for a friend to finish up.

Since it would be a while I offered to do a run to the 711 for snacks and energy drinks for those who were still stuck working. I get everyone's order, grab my bag and take off around 11pm.

I pass by the busy part of downtown until the streets start to quiet down and take the last turn onto the block where the 711 was.

Overall I say it was about a 15 minute walk and it was summer so it was pretty nice out.

Now there are always homeless people around but more often then not they leave you alone, maybe they ask for some change or say hello but never much more.

Plus, seeing as I've lived in the city my whole life I'm pretty comfortable walking around at night in this familiar part of town.

When I get to the 711 I notice a few homeless people panhandling to the right of the entrance and this one guy crouched down with his head towards his lap and a hoodie over his head.

The group of people ask me for some change but the guy on the right keeps his head down. He's coughing into his lap and kinda seems like he's on something.

I don't think too much of it and I go in to get the drinks/snacks and head back out towards the restaurant.

As soon as I exit the 711 I can hear something rustle and then I hear footsteps behind me as I walk through the parking lot.

So someone is leaving at the same time, so what? I don't really think twice about it as I make a right towards the main street that'll lead me back to work.

I hear the foot steps follow me to the right and I'm keeping an ear out but I tell myself, "So far theres really nothing to be too suspicious about, just relax.

" When I make another right and the person is still following me I figure that justified a curious glance and I turn my head to see who it was.

Of course it's the homeless guy who was crouched, hacking into his jeans. When I turned to look at him I see that he had been staring at the back of my head and we lock eyes.

He blue eyes were red and it looks like he'd been rubbing them raw. He had a few scabs on his face which makes me think he was a drug user along with some stringy greasy hair.

It was hard to say how old he was because he looked pretty wrecked but I would guess early 40's - late 30's?

I kinda furrow my brow and turn back, not really giving him a reaction, just trying to remain calm and get back to the more trafficked area.

I try jaywalking to the other side of the street to see if he's really following me and sure enough he's staying close behind me.

I didn't want to turn around because I thought it would engage him and edge him on so there I am walking down this street, afraid to turn around,

and all I hear are his increasing fucking footsteps, the rustle of his jacket and whatever kind of chest infection he had because he's still wheezing and hacking every thirty seconds.

At this point I can't help myself and I'm basically speed walking. I swear to god I can feel this guys breath on the back of my neck and I'm starting to panic.

I take the next turn thinking I can sprint down the block to get a lead or create enough distance to lose him but the minute I make the turn I can hear him quicken his steps.

It's at that point that my dumb ass realizes that I had turned down an alley and it ends with the back entrance of some Indian restaurant.

At this point I think, "Fuck it, scream as loud as you can and someone will have to hear it.

" I take a deep breath and I'm about to let out the highest pitch scream I can manage when I feel him stop right the fuck behind me and tap me gingerly on the shoulder.

My mind is kind of frozen at that point so I just turn around to face him.

I see him wheezing, a bit out of breath with this half smile on his face and he says to me, "You know, if you ever think someone is chasing you, you shouldn't run.

It just makes them want to catch you! Hahahaha!" And he coughs a few times, shrugs and walks off.