Commaful
Confessions of a Buzzgloak 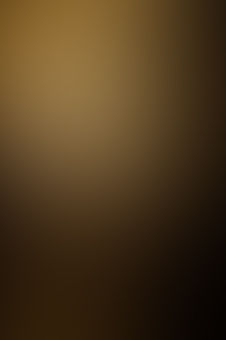 anon Stories From Unregistered Users
Autoplay OFF   •   3 years ago
Transcript
Don’t worry, I didn’t know what a buzzgloak was either, until I became one. It’s just an old word for pickpocket. Nobody uses it anymore except our boss, and he’s got a good reason. Why does Mr. Ahasver call us buzzgloaks?
By IPostAtMidnight https://www.reddit.com/r/...
thriller

Don’t worry, I didn’t know what a buzzgloak was either, until I became one. It’s just an old word for pickpocket. Nobody uses it anymore except our boss, and he’s got a good reason.

You could’ve tagged along as I prowled the city sidewalks, and once I spotted a good mark, I would’ve casually bumped him before I melted back into the crowd.

Like most marks, he probably wouldn’t notice, but if he was alert, you might have seen him stop and pat around to check for his wallet.

Then you would’ve seen the relief on his face once he found it.

Because buzzgloaks like me aren’t ordinary pickpockets. We don’t steal people’s wallets.

We steal their time.

And that’s why Mr. Ahasver calls us buzzgloaks, see? Because it’s an old word, and he’s very old.

Oh, he’s not a complete monster. He’s got rules.

“Only take a month,” he’ll say. “One month, from the end of their lives. Most people won’t miss that month. Many would even thank us.”

Yeah, I know. He probably says that so we won’t hate ourselves. Or maybe he’s right. Me, I figure nothing’s black or white. Mr.

Ahasver may be using us, but for a bunch of homeless kids, he’s not our worst option.

So how do we steal time?

C’mon, I can’t tell you everything. I’ll just say that Mr. Ahasver taught us how to stash it inside small crystals.

Only idiots believe that crystals have magical powers, but they’re sure handy for trapping time, if you know how.

Unfortunately, that’s about all I know. Mr. Ahasver won’t explain how to use what we steal. But I’ve worked for him the longest, so I’ve seen things.

His customers are mostly either old rich people, or people-shaped demons from hell. I don’t know how the rich people use the crystals, but the demons gobble them like candy.

Or at least they were, until today. Today, I went back to Ahasver’s Pawn Shop to complain.

“These are busted,” I told him, tossing a handful of empty crystals onto the counter. “I need some that work.”

He just sat there, staring at nothing.

Slowly, his eyes found mine, and his bony face looked older than ever. His hands shook as he reached down, pulled out a hidden tray, then dumped out its contents.

More crystals. Formerly full, now they were all cracked and blackened. It took a moment to sink in, then I looked up.

“The market’s gone dry,” he said. “Along with our supply.”

So there you go, that’s my confession. You don’t have to worry about a buzzgloak stealing your time anymore. I couldn’t snatch a month off you if I tried.

Nobody’s got one left.