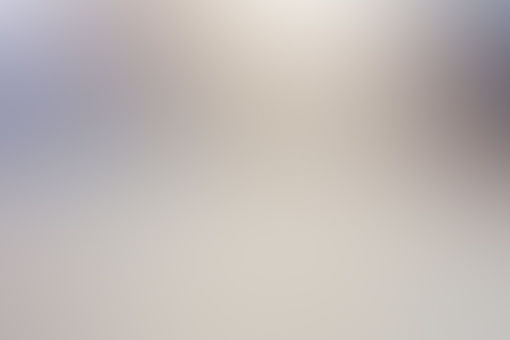 anon Stories From Unregistered Users
Autoplay OFF   •   3 years ago
Transcript
This is the second installment to the microfic “begin again” based on a prompt by @cyrusbriar. 40: Chapter 2
By heynamrata https://heynamrata.tumblr...
fiction microfictionpromptcedricmelwriterscreedchapter 2begin againwriters on tumblrspilled ink

This is the second installment to the microfic “begin again” based on a prompt by @cyrusbriar.

Melanie wore her best blue skirt because they say that blue calms the mind. As far as these meetings went, Melanie needed a lot of calmness in people’s minds.

He had been trying to get her son out of his school and she was fed up of it. Like everything else.

She ironed her white shirt while saying her morning prayers to the Almighty. The years have changed that part of her.

She had been an atheist in her youth but misfortune and time has changed that. She needed something to hold on to in her life and prayers were her anchor.

She did not know if praying worked but she knew that it helped. And sometimes, that’s enough for most of us.

She got ready in a rush and took Rose in her pram. But in the brief moments that she held her in her arms, Rose did what babies do best. Ruined her dress by pissing on it.

“Wow! Great way to remind me that I forgot to put a new diaper on you, satan.”

Mel cleaned little Rose again, got dressed again and by 10, that is half an hour late, was ready for Principal Anderson.

As she entered the Principal’s cabin, she noticed two things.

A) Miss Smith, the art teacher,

was in the room- which is a good thing because she was the only teacher in college who cared about Cedric and B) Anderson was in a grumpy mood - which is nothing new.

That’s how pathetic Melanie’s life was.

“Come in, Mrs. Spoon. You are already late.” Grumbled the grumpy principal.

Mel rushed in with Rose and gave her most apologetic smile while muttering a million sorries under her breath.

“I am sure you have a fairly good idea of what today is about.” Said Anderson as he removed his rimless glasses.

“But there must be opportunities for reconsideration.” Said Miss Smith too quickly. Too quick to be in the safe zone this time. This was not good.

“I know Cedric is not the sharpest tool in the shed. Heck, I admit he is far below average but…”

“Exactly my point, Mrs Spoon. He is far below average. And Sapphire has a history of only the great. Peter Williams, Teresa Long, Asha Seth, Frederick Truth- all alumni of this very institute.

And below average? I am sorry but this is not Sapphire standard.” Said the principal as he cut off a desperate Melanie.

“But have you seen his art? It is… Great… Sapphire standard. Please don’t do this, Mr Anderson. You must understand.” Pleaded Miss Smith.

“Then he can attend art school. Not Sapphire. At least not on my watch.

My father and his father before have worked their asses off to make this school what it is today and keeping an autistic student among us is not helping in any way. I am sorry Melanie but…”

“No, Robert. You have to let him. It was Hugo’s dream to have his kids study in Sapphire. You have to understand.” Mel was in tears now.

The tears of a person who had no reason or logic supporting her claim.

“Hugo was the biggest mistake of your life, Mel. I always told you…” It was Anderson who got cut off this time.

Anderson waved Miss Smith out of the room as the conversation ceased to be professional. A confused Miss Smith walked out the principal’s cabin.

“You know you are wrong.” He said exasperatedly as soon as they were alone.

“No, Rob. Why would you, after all? I should have known. Having Hugo’s kid study in Sapphire? I am surprised you let it happen for five years.

“You know what, Mel? The truth is quite the opposite. I have been making this about us for the last five years. I should have never let Cedric in.

But if I did, I knew I would see you every morning. And for the last five years, Sapphire High’s name was smaller than your smile. But not anymore, Mel. My love is still there.

The door’s still open. But not this school, Mel. My dad made this school what it is. I must carry on his legacy. My dad deserved that, Mel.”

And suddenly the air in the room felt heavy. Melanie found it difficult to breathe.

Rob slowly put his hand over her cold hands. His hands were soft and warm. Soothing.

“Thank you, Mr Anderson. It was an honour for my son to be a part of your institution.” Melanie removed her hand and took off with Rose.

She could not figure out what was more painful- Cedric being out of school now or his being in Sapphire for the last five years?

That’s it for the second installment! Thanks for reading. Please let me know your views on the writing and story in comments!