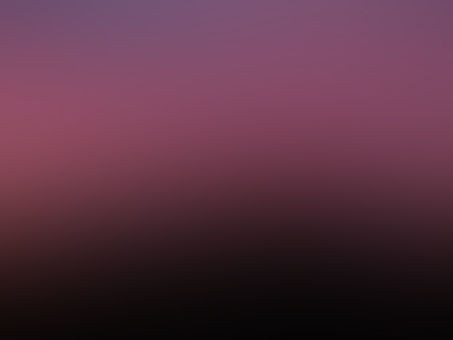 anon Stories From Unregistered Users
Autoplay OFF   •   3 years ago
Transcript
“Put it back! Dinner is in thirty minutes!”I have no supernatural abilities. Base Human, is what the scientists call it. My eight-year-old son, however, is something else entirely. His powers are extraordinary even compared to his adult contemporaries and
By officialleehadan https://officialleehadan....
writingreddit writing promptslee hadan

“Put it back! Dinner is in thirty minutes!”I have no supernatural abilities. Base Human, is what the scientists call it. My eight-year-old son, however, is something else entirely. His

powers are extraordinary even compared to his adult contemporaries and

everyone knows that power increases with age. Reality bending is a known

ability, but so rare that there is almost no information about it. Makes parenting a challenge.

“But I’m hungry now!”“If you eat that entire pack of cookies, you won’t want dinner, and I’m making your favorite.”There are some interesting hurdles that come with raising a child who

can bend reality to his will. One of them is making sure he eats

healthy, whether he likes it or not. So we started teaching him early

that new food is can be good, and encourage curiosity. If I make his favorites for most meals, well, he’s been known to

twist reality until everything on the table turns into skittles. He’s

eight. Negotiation isn’t easy with someone who really only understands

what he wants, and what someone else wants comes second.“…mashed potatoes?”“And roast beef with garlic. Put the cookies back.”I hear the rustle as he thinks about it, and then victory. The

package crinkles as it goes back into the cabinet where it goes. He’s a

good kid. He comes over to peer at the cutting board, and then a stool pops into existence so he can climb up. “Make sure you vanish it later,” I kiss the top of his head and offer

a piece of sliced carrot as a consolation for the cookies. He munches

on it, content to watch for now. “Want to help?”“Yeah.”I pull a cookbook down and show him a picture of a wicker steaming

basket. “I need one of these to make butter-rosemary carrots.”We work with him like this all the time- teaching him control in

small ways that help us around the house. The ability specialists say

that his power is only limited by his imagination. There s a soft pop, and he hands me the steamer, all ready to go over

the pot of water boiling on the stove. I fill it with carrots and

sprigs of fresh rosemary from our garden. Fragment steam emerges as soon

as I cap the pot. “Josie turned my hair blue again,” he says after a while. I set the

knife aside and look down at him. He won’t meet my eyes. His hair, I

note, is it’s natural shade of honey brown. “I’ll talk to the principal again,” I answer. The bullying is a

frequent problem for the higher Gifted children, and since his powers

haven’t bloomed fully, the bullies found him an easy target.

“Considering how many flyers they send home with you about power abuse-““They said I would be tattling if I told you,” he interrupts. We’ve

been trying to break him if the habit, but he looks so upset I let it

slide this time. “That Friz would turn me into a gummy-bear and feed me

to a seagull if I told.”I don’t like Friz. Disputes numerous complaints to his mother, the

item-changer continues to use his ability to threaten the other

children. The principal is less sympathetic to my son because of his

ability. I think his teachers are afraid of him, which doesn’t help.“It’s not tattling, honey,” I reassure him gently. “He’s breaking the

rules. You know the talks we have about being responsible with your

powers?”“Yeah.”“He’s not doing that. I’m really proud of you for telling me.”He fidgets and still won’t meet my eyes, so I kneel in front of him

and hug him tight. “If it’s still a problem by the end of the school

year, we can talk about changing schools, okay?”Extreme, but the other parents don’t have to worry about their kid blinking someone out of existence. “Okay,” he says, and hugs me back.

I count it as a victory. “So, think we should have pie for dessert?”“…apple?”