Commaful
A Child in Vengeance 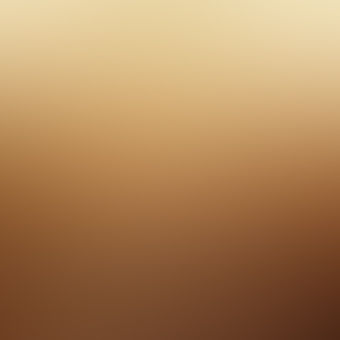 anon Stories From Unregistered Users
Autoplay OFF   •   3 years ago
Transcript
I woke up to my daughter screaming her lungs out from down the hall. I turned over to my husband, already staring at me with bloodshot eyes. Together we rose wearily out of bed and opened our daughter's door to reassure her.
By alecaster https://www.reddit.com/r/...
thriller

A Child in Vengeance

I woke up to my daughter screaming her lungs out from down the hall. I turned over to my husband, already staring at me with bloodshot eyes.

Together we rose wearily out of bed and opened our daughter's door to reassure her.

"What is it, honey?" I asked, my gentle tone of voice not giving away the frustration I was feeling.

"There was somebody in here and he said he was gonna get revenge!"

Despite myself, I let out an amused chuckle. "Revenge? For what?"

"For his dead family," she whispered softly.

The irritation returned. Her father must have been letting her watch scary movies. I glared at him only to see him apparently taking this completely seriously.

"Honey," he said slowly, "what did they look like?"

She sobbed. Now I was gritting my teeth to avoid chewing out my husband for feeding into her fears. Before I could say anything, my daughter managed to choke something out.

"He had red hair and a crooked nose and he was so mean and scary!"

Before I knew it, my husband was halfway down the hallway. I rushed out after him as our daughter's inconsolable cries drifted out into the hallway. I approached to confront him, but was cut short.

He started talking, and I was surprised to hear a tinge of fear to his voice.

"You know how before you met me, I worked for the mob?"

I knew this - at least sort of. Before we got married he told me how he was in the witness protection program and had a somewhat sordid past, though he had never divulged details.

He said he preferred to leave that past completely behind him. I'd never even met his parents.

He didn't wait for an answer before continuing.

"One time, my boss sent me after someone to send a 'message'. I broke into his house, killed all his daughters and his only son, and left them sprawled out in their own blood for him to find."

My daughter wailed behind me and I felt like throwing up. "But... why- why are you-"

"The person she described... Revenge for his family..." he was pale, showing more fear than I had ever though he could have in him. It dawned on me.

"Oh god! We need to get her out of here! Call the cops! Christ, he's- he's in our house!" I tried to sprint back through the door only for my husband to grab me.

I struggled against his grip, tight despite his trembling.

I hissed, desperately, "he's going to kill our fucking daughter! YOU killed his children and YOU brought us into this! How did he even find us?"

"It's not him. He didn't have red hair or a crooked nose."

"What?" I managed to whimper.

My blood ran cold, and suddenly the silence in the house was deafening.