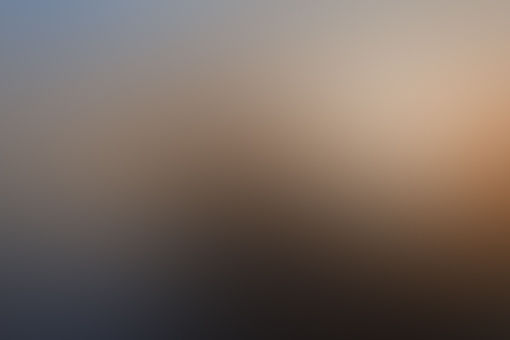 anirudh2003 Community member
Autoplay OFF   •   a year ago
Transcript
“Huh”, Raman sighed in a mundane tone as some of the lost memories revisited his veteran mind, mortifying him for what he had made of life. It was the May of 2050, and a boisterous bird was still chirping in the forgotten town of sarahnapur.

“Huh”, Raman sighed in a mundane tone as some of the lost memories revisited his veteran mind, mortifying him for what he had made of life.

It was the May of 2050, and a boisterous bird was still chirping in the forgotten town of sarahnapur.

It had been just another notorious morning which was knocking the door of his cottage just like the nefarious memories; being the two solitary entities to do so,

as any other apparition was completely invisible near the house.

Desolation had accompanied Raman throughout his cumbersome life; just like the aggrieved cries and sound of wailing accompanies a man who has recently breathed his last.

The same solitude had crept in the walls and rickety furniture of the cottage, where only three aged entities of this prodigious universe sought refuge: Raman, the dreary insects and the dust.

Raman dissipated from his bed with quite a commendable effort, like that of a robust weightlifter,

although it could be considered quite diminished considering the infirmities of age he had endured. Then he started doing the business he had been doing since a dozen of years.

The sun had been blazing its heat ruthlessly; however the accustomed Raman was engrossed in something more important.

He took a piece of paper, briskly and seized another pencil from a pen stand almost as archaic as himself.

It was an authentic nataraj pencil, without a paltry doubt, embellished in its official black and white hues.

The pencil had almost vanished from the streets of Saharanpur or any other city or town for that matter, as digital notepads and modernized pencils had revolutionized the writing arena.

However, Raman had still saved many of them and spent all the ephemeral money he had earned, as he had always believed that even being a miser could not resolve the misery of his life.

And as the wind always blows, and the fire always glows and the pole star always shows the way to perplexed voyagers, Raman had considered his utmost duty to scribble each day.

So he started and persisted with the poetry that had been his only passion.

“As the darkness gulps down light,

And the day gulps down the night,

The evil will be conqeured,

Every time by the right”

“Ugh!” Raman grunted with rage for his fallacy as he had again spelt conquered faultily.

He looked for the eraser, however to his sheer astonishment; it too had disappeared, like happiness from his life.

In his entire life, Raman had sustained the legacy of never striking off a word, and the legacy did not take time to transform into superstition and although Raman had nothing to be proud of,

he perceived that cutting a word would to be equivalent to committing an impudent sin. Hence, his conscience abstained him from doing so.

Then suddenly, reminiscence made its way as frantically into the warehouse of his memories, such that he could not restrain from encountering it,

just like a batsman is compelled to face a 160 km/hr Yorker, carrying the signal of catastrophe. It was the reminiscence of his life. Raman was driven into a distraught flashback.

It was the summer of 1990, in the streaming city of Saharanpur. Morning hustle bustle could be heard in a street with about 50 houses, with low middle class people dwelling.

“Hey Raman, get up you idiot! You are already late for school by an hour! Don’t you have a bit of sense? You will certainly be admonished and beaten today!”

Raman, a 10 year old child, with a chirpy and pleasing smile but a precocious instinct was still snug in bed.

After hearing the squeal of his mother, all his dreams were shattered and the screeching morning light entered his narrowed eyelids.

He brushed his teeth, put on the uniform and was just hurrying when an intuition made his mother stop him. “Did you take your pencil box?”

“Oh, no! It slipped off my mind!” Raman blurted and went to the room for catching it.

As he was evaluating the contents, he found that only the eraser was missing, the ‘unique’ one that his father had bought especially for him and not for any of his brothers.

“Ma, do you have any clue of where my eraser is?”

“No, just rush! Borrow it from one of your friends!”

“Ok” saying this, Raman had flashed to the street. On the way to school, he met is two beloved friends, Richard and Ravi, and accosted them.

He asked them for an eraser, but to his disbelief, none of them had one. So they hurtled on.

On reaching the school, Raman somehow made both ends meet by striking away words, as he was quite a timid boy and did not have the courage to ask for one from any of his classmates.

Life flowed on like a river from that time, however he could never find the bolt shaped ‘unique’ eraser presented by his father, especially for him.

However soon, a 20 year old Raman discovered that his journey ahead would be a bumpy road.

His father and mother left him in a car accident and he started living with his uncle, who treated him as a donkey and made him toil in his hotel.

Raman somehow managed to flee and took a small cottage in the center of the town. He started working on his newly born passion for poetry. His books were also selling quickly.

His poems were the talk of the town.

But then, a peculiar turn obliterated his life again. People got engaged in social media, and no one paid much heed to books, especially the ones of poetry.

The time was the third decade of the 21st century. Raman was left behind in the rapidly developing era and poverty engulfed him.

It seemed as if the Almighty, his only companion, had erased his name from the scroll of luck.

It had been twenty years since this despondent phase, and he had been striving to get published once again, sending his works regularly to a book publishing firm, with no revert.

However the special eraser bestowed by his father, that he though could never find, occupied an ineluctable place in his heart, for it was the last and the valedictory sign of his dead parents.

He had been using other erasers for correcting the words, yet the lost memory kept coaxing him.

Suddenly, something twitched Raman and he shuddered. He contemplated and asserted to himself that what had just occurred to his memory certainly wanted to convey something to him.

But what was it that was tormenting him?

Suddenly his glare fell upon the poem. Where was his eraser? He was still engrossed in his convictions when he lost his meager balance and landed with a thud.

He was unable to bear the excruciating pain.

He squealed and screamed “Help!, Help!” but who would have heard him in this diminutive town where the population was as scarce as a drop of water in a mammoth ocean?

He chanted some words, and perished, without his last wish being accomplished.

After about 2 years, when Raman’s beloved friend, desperately came pursuing his address, he found that Raman had already ceased and that startled him.

Still, he reached the cottage and knocked on the creaky door, expecting someone would have replaced Raman, but no one came to answer. Thwarted, he kicked it and was thrown inside.

Only a spider was there to welcome him, larger than an average spider and that almost chilled him.

As he moved on, with very scrupulous footsteps, he entered the room where Raman once used to reside.

Suddenly he glanced on the desk, and perused the poem. Tears of remorse rolled down his eyes. He shuffled the contents of his pocket and took out a bolt shaped eraser.

He wanted to apologize to his beloved friend that it was him, Ravi, who had maliciously sneaked away the eraser 70 years back and wanted to return it to him,

but as his father had a transfer and he had little audacity to meet Raman and share with him the legitimacy, he kept the thing with himself.

Ravi, mortified by his deed, accumulated the courage to correct the spelling of conqeured, and clinging to the desk, he sobbed and wailed.

Raman is no more, however his poems are selling under the name of ERASER PUBLICATIONS, and all the royalties are being donated to the poor and needy children, which was indeed Raman’s last wish,

placing others before himself and all materialistic things.