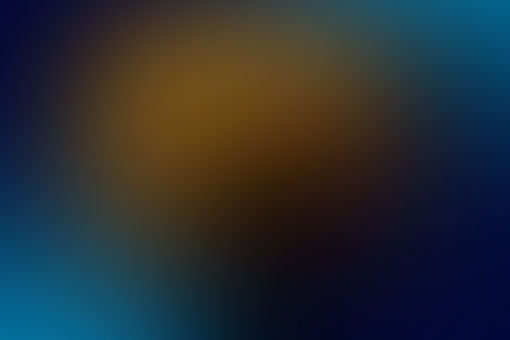 animelover14 New me, new personality!! Much Love
Autoplay OFF   •   a year ago
Transcript
Lily meets Milo's friends who seem to be...different. By the way my stories are super long so if you hate long stories this would be hell for you.

What happened back there? Who was I talking to, and how the fuck did he know my name? Only time will tell I guess, but for now it’s time to enjoy my life. I guess.

“We’re here Milo.” His jaw practically fell to the ends of earth and back he’s so surprised.

“Whoa, I actually forgot how big this place really is Lil’s?”

I feel a raindrop fall on the tip of my nose, it’s cool. Which is kind of strange with it being in the middle of May?

“I felt a raindrop Milo, we should head inside before one of us catches cold don’t you agree?”

“Yeah I do believe so. Don’t you mean before you catch cold because I never get sick.”

“Pfft! Sure.” I pull the house key out of my back pocket, it’s a light cotton candy pink with a queen's heart crowning it.

Kate gave it to me for my 7th birthday, she hated to babysit me when I was younger.

So to solve her laziness she bought me a key, so she could leave me whenever she wanted to go with her stupid boyfriend.

“That’s a cute key, almost as cute as you.” He does his signature giggle that he does when he’s trying to flirt with me.

Honestly, if you ask me I think it’s strangely cute, but he doesn’t know that of course.

“Oh please, you can’t flatter me you disappointment of a son.” Lily and Milo walk up to Lily’s house and up the stairs. Lily unlocks the front door and she accompanied with Milo head inside.

“Shut up you disappointment of a existence.” Milo closes the door behind him. “So-o-o-o your casa is my casa right?”

“Ha-ha whatever sure make yourself at home!” Lily throws her backpack on the floor along with Milo’s.

“So Lil’s where’s that Henry guy you never speak of?” Milo jumps on Lily’s couch.

“Hm? Oh with his girlfriend, probably out at a bar or something.

Usually if it’s not watching me they're both laid back up on each other in Kate's room upstairs, I don’t even want to know what they’re doing up there?”

“Can I ask you a question?”

“Sure ask away. Throw it out I’m prepared for any question.” Milo sits up and points over to the dining area.

“Why are there locks on the refrigerator and the cabinets?”

“Umm?” Oh no I wasn’t prepared for this question!? “Oh it’s just a game that me and Henry play is all.”

“A game when you lock all food access away?” Milo gets up and walks over to me, his eyes sparkling within the dim light of the living room.

“Yeah that’s it.” I start biting my lips, I’m chewing on them so hard I can start to taste the blood inside of my mouth. Ha, it doesn’t taste half bad either.

I’ve had better, but damn do I taste good.

“Are you sure nothing else is going on? If so you can tell me Lily?”

Think Lily think! What can I tell him so he won’t get all freaked out and start thinking that I’m apart of some domestic abuse situation.

“Yeah me and him do it all the time? He locks the food away to see how long I can go with eating food from the outdoors, such as killing birds and deers ha-ha?

” Milo’s eyes start to narrow at me, he knows I’m lying but how?

“Lily I know you’re lying because whenever you lie you start biting your lips?”

“Hm? Oh yeah forgot about that. Well I’m telling the absolute truth Milo, nothing is happening at all? Now can we please just stop talking about this?”

“Huh-h-h. Sure whatever, so what do you do when you’re not at school and home alone?”

Lily starts to slowly walk around the wooden cup table. “Well I guess I just…..I um…..I go and…..you know I have no idea.

Usually I wander outside in the woods looking for some mischief to get myself into, but if I’m not doing that then I’m reading or drawing to escape this boring hell hole people call a house.”

“You don’t invite anyone over?”

“I’m not allowed to. Henry would get really pissed if he found out you were even over here, the only boys he wants in this house are him. He’s what I like to call any annoying pain in my ass.”

“Well…” Milo sits back on the couch and pulls his phone out. “Would you mind if I called some friends over?”

“I don’t think that’s a good idea Milo, Henry could be back any minute.”

“Don’t worry your head off about it, if he comes here I’ll take all the blame ok?”

“Please Lil’s do it for me and your terrible relationship with people especially guys.”

“Ugh, fine I’ll let you invite some friends over as long as you shut up.”

“Yep!” Me and Milo sit in silence.

“So are you going to call them yet?”

“When we got out of school.”

“You stupid -” Knock-knock-knock! Why does this boy always have to be so ignorant all the time, I mean come on at least I know how to use my common sense. This idiot just has blood for brains!

“Hey Milo! Man has it been long since we’ve seen you?”

“Yeah I know, come in knuckleheads.”

“Close the door behind them Milo! I don’t want any unnecessary bugs in here.” Lily yells.

“Well please forgive me, I didn’t know you were allergic to vam -”

Jeez these guys are pale? Just like Milo, and why in the world is Milo acting so weird?

“You own a van Lily?” Keith questions her, even he seems to be confused.

“What are you guys talking about, I’m not even old enough to drive so how in hell could I own a van?”

“Will you shut the hell up Nick!? You know what can I talk to you two in the kitchen, and Lily could you stay here for a moment?”

“What the fuck is your problem!?” Milo whispers to Nick.

“What are you talking about? Doesn’t she know about us?”

“No she doesn’t know about us?! Why would I tell her anyway she’s practically scared of every damn thing!”

Oh great Milo is keeping secrets from me again.

I mean this is my house after all if I want to be included I can? I peek around the corner enough to where I can see them mouthing words to each other.

I wouldn’t have brung my ass over here if I knew that she didn’t know about the three of us!? I mean you’re basically her fucking boyfriend why the hell haven’t you told her?

” Nick is so upset his face is starting to turn red.

I don’t care what you think about me, but don’t disrespect her ok?

And she isn’t my girlfriend me and her are just really close friends, but you wouldn’t know that because your too busy fucking girls!

” Nick pushes Milo, so hard he hits his head on the upper cabinet.

“Listen you stupid dick! I got those girls because I have the charm unlike you! Besides! You’re acting as if I can’t have sex!?

It’s necessary for us, and you know that!” They aren’t whispering anymore. Now their so loud you could hear them from outside. I jump up and run in the kitchen.

“Just stay out of this princess!” Nick yells at me in an aggravated voice.

“Don’t yell at her!? None of this bullshit is her fucking fault!”

“I can talk to her anyway I want too! What the hell are you her fucking daddy!?” Oh great. There is no way I’m letting them fight?

“Hey!” I run in front of them before Milo throws a punch, and I can tell that just by looking at him he was going to if I didn’t get in the way. “Listen here and listen good.

There will be none of such nonsense in my house you hear me!” At first there is silence through the house. No breathing can be heard except mine. Why the hell aren’t they breathing?

“Hold on a minute - are you seriously going to blame this shit on me!?”

“Well you didn’t let me finish you fu -”

“Just stop it ok!? If you two are going to continue this it’s not going to happen in here!? Do you know what would happen if Henry caught you three here with me!?

” Bad things always happen to me. No matter how much I try and pray - even though I’m not a christian.

Or no matter how much I try and continue being a good girl for Henry bad luck is just my middle name. Unless a miracle happens. All of a sudden there’s a loud bang on the door.

“Swan you better open this door right now! What did I tell you about locking the door when you got off school!?”

“Yes, and unless you guys want me to get my head bashed into a wall I think you all need to make like clouds and float away somewhere ok?” I turn to look at the door.

Watching the handle jiggle madly is making me uneasy. I turn back to look at Milo and his friends. Their gone?

“Lily I swear if I have to try and knock this damn door down I will!”

I quickly run over to the door, and slowly turn the handle awaiting to be killed as soon as I open it. Henry walks inside. He’s drenched from the rain, and as mad as provoked bull.