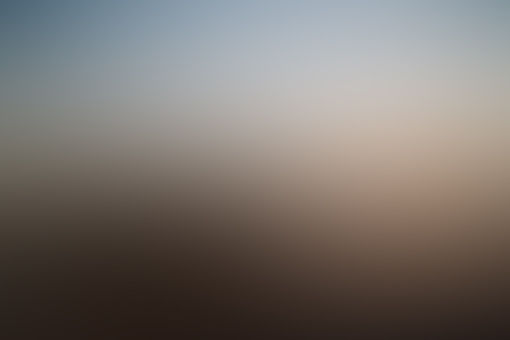 animebakkaxd Community member
Autoplay OFF   •   a year ago
Transcript Use Images
Actors go to a vacation in order to have fun and party for their accomplished film which was a hit. That was ofcourse, until the murders started. Who was responsible for them? And why the actors?!
thriller w/tenguw/legendw/murderw/thrillerw/detectivew/caseclosedw/creepyw/mystery

"The Mist Goblin" movie was a hit in Japan, although it hasn't been out yet. It was originally made by Kudou.

So the director (Edogawa) decided to make a film plus giving his friend credit at the time. But unfortunately, Kudou thought that Edogawa stole his ideas. He died from depression.

It was really sad of-course but Edogawa didn't decide to give up. He decided to give a small summary about the film they were going to shoot.

It is about a club where people stay until five or four a.m. in the morning. It was a really famous until the murders started.

In the end of the movie murderer's only trace was a mist goblin mask or "tengu" as they called it in Japanese.

Obviously the idea was a few months old, but the tengu was much, much older than the film.

or yokai (supernatural beings). It usually falls somewhere between an outsized, monstrous bird and a completely anthropomorphized being, often with a red face or an unusually large or long nose.

In old legends and stories they used to define tengu as beings who can take a human-like form, often retaining avian wings, head or beak.

The actors were going on vacation to Kyoto, which is a really famous place where people visit in Japan. You are wondering who the actors are of-course.

They are three main actors and a director. They were all male except one actress. Their names were Kayaki akai, Riyo Hamada, Hiro Genko, and Edogawa Doyle.

They booked one room for each of them in the Pearl Hotel. It was a fantastic vacation, especially the fact that a really famous high-school detective Arthur Hirai was in the same floor.

They all had fun until their last week. Something no-one was expecting happened.

One day when Arthur and Riyo were talking, they decided to see how Hiro was doing. They heard drip- drip sounds. They knocked once. Then twice. Then three times.

They were still hearing drip-drip-drip-drip. Finally Riyo couldn't take it anymore. She pushed the door open and gave a scream filled with horror.

When Arthur heard her he went inside to and saw something no-one would ever want to see. He found himself looking at Hiro.

But he was held upside down while his leg was tied with a rope in the lamp. He had a metal nail in his hand. The nail passed through Hiro's skin, veins, and everything else.

It came out in through the other side. He had

claw-shaped blood stains on his face. His skin was torn open so that it shows Hiro's intestines all grinded up like an animal just bit them.

Arthur never saw a murder so creepy, disgusting, and so well done. If someone said there was a complete murder this would be the closest one.

When Kayaki and Edogawa came they stood in front of the door horrified by the scene. Finally, 17 year old Arthur knew it was his responsibility to know who the killer was.

He began looking all over the room for hints and clues. At last he found a piece of paper with exactly four words in it.

"Sorry, I was hungry"

Just then a drip of blood fell on the detective. Arthur looked up to find the biggest blood stain he has ever seen on the ceiling. But that wasn't the thing that grabbed his attention.

After that Kayaki started yelling at Edogawa." I told you not to write that summary. The killer is obviously someone that hates you." He said it all at once like he was ready to kill him.

"You're right, this is done by something that hates us," Edogawa said soothingly, "But no matter what I am not cancelling the movie that's coming out.

If I do that he would have gotten what he wanted." "All this wouldn't have happened if you didn't steal Kudou's idea in the beginning," Kayaki yelled. Now it was Arthur's turn.

"And what possibly is the relation of Kudou in this situation," Arthur asked reasonably," or do you think that if he was alive, he would have done this.

" "Wh-what, of-course he would ha-" "Do you have any feeling or perhaps a guess that he may have not been dead and came to take his revenge?

" "I don't know, he might have been faking death or something, how would I know" "You seemed pretty confident when you were yelling about Kudou" "OK, never mind, forget I said anything,

but I think it's really late right now, we can all go to sleep." "Yes Kayaki, you're right, you can go to sleep while I investigate"

The next day was terrible. Of-course no-one slept well because of the horrifying scene they saw the day before. But the worst was still to come.

Everyone was eating breakfast peacefully until they heard a scream coming from Kayaki's room. Everyone rushed there and found Kayaki on the floor with a look of fear on his face.

He was staring at something on the ceiling. All of them looked the direction he was looking at. There it was, on the ceiling, the dark, terrifying, paralyzing look of the legendary tengu.

A second later the giant and legendary face flew out of the window.

Kayaki was comforted by his fellow actors. He was still in shock, of-course, but he went to sleep anyway. Then Edogawa said he was going to stand in the balcony a bit.

The balcony in this hotel was especially big. They were in the 14th floor too so it was pretty high. When Edogawa went to the balcony, Arthur was still suspicious.

He had someone in mind, but he didn't have any thing to prove it. Edogawa is in the balcony in the 14th floor. What if he's next? he found himself thinking.

Then began the epic plan he made for knowing who exactly was behind all those disastrous murders.

He stood hidden in the balcony without anyone realizing he was there. Then he heard Edogawa talking to himself. "Kayaki is right, it's my fault that Kudou died.

If I didn't take his idea he would have been alive now." Arthur was tempted to jump out of his hiding to comfort him but he didn't.

As a great but young detective, he knew the murderer was watching Edogawa right now. When Edogawa was turning around he found himself staring at bloody footsteps.

They were forming one after another as though an invisible man murderer was walking. Just then a rough booming voice came out of nowhere. "YOU HAVE BETRAYED HIS TRUST.

YOU TOLD HIM YOU'LL GIVE HIM CREDIT, BUT YOU DIDN'T." Edogawa was transfixed with a look of total fear and horror on his face.

He began turning back, and back until he stood on the balcony ladder. He fell. He was dead. The killer has achieved his goal. After that Riyo came rushing towards the balcony.

A man in black was escaping. Then Arthur jumped out of hiding in front of the killer. "Where do you think you're going, you think I'm dumb? I knew it from the beginning but I just needed proof.

It's time you know who the killer is Mr. Edogawa." The killer gave a long shrill laugh. "Even if you caught me young detective, I still achieved my goal. Even you can't wake the dead.

" Riyo gasped. The voice suddenly changed to a deadly familiar one. "You know I can't but I just can't believe you fell for a terribly simple trick.

" "Huh?" "If you look down the balcony, you'll find that Mr. Edogawa is safe and sound. Just before you came I called the police and told them to set up a trampoline.

" Suddenly a dozen or more police officers came next to Riyo. They didn't attack, because they needed to have proof first that he is the murderer.

"Let me start with your terrible trap that unfortunately Riyo fell into." When he saw that everyone was confused he began to explain.

"When you found out I was suspicious about you, you decided to play with us. You put a Halloween tengu toy on your ceiling and screamed.

You thought after that, no one will be suspicious anymore, you might be thinking that you saved yourself when you started screaming at Edogawa, but now I'm sure that you're the killer.

Riyo, you might be thinking why I think Kayaki killed Hiro. He killed him because he was the main character in the movie his best friend died of depression from.

He decided to kill him, Edogawa and Riyo. But he didn't know that Edogawa was doing a surprise to him because his friend died.

He decided to do an opening ceremony for you and Kudou to never forget him." Kayaki fell to his knees sobbing hard." I-I thought that if I'd kill them I'll get revenge for Kudou.

I'm sorry everyone." He began sobbing harder when the police started to arrest them. The sun raised to the horizon forming beautiful blended colors.

Although Arthur knew it was a bit mean he was happy. He never knew he could do what he did. "Case Closed" he said as the sun rose.