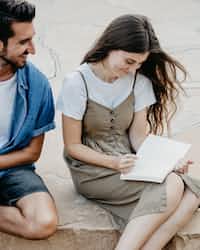 angelopao2010 Community member
Autoplay OFF   •   2 months ago
Transcript Use Images
I dreamt of my old flame for years. Until I knew their game.
poetry flamepoemloverelationshiprelation shipthoughtsdailyprompt

I dreamt of my old flame for years.

Until I knew his game.

I was prey to them,

Their little toy that I was meant to be played with.

He knew I liked him, so he took

I was oblivious by the sight of love.

My old flame was everything until

I couldn't see them as I saw them before.

I could dream of him forever,

Despite not putting me beside his shadow

Or his fair of games.

I could call his name on end,

But he'd would never hear me.

I could ask questions, a million of them,

But would never get the answer I wanted.

I could try to forget what I feel,

But I've pushed a little bit too much of myself out

I could lie to myself,

But lying hurts my soul.

I regret doing these things,

These were factors of his game.

He didn't really like me, he took advantage and

Used me for his own benefits.

It is as true as it seems, men can be stupid sometimes.

They never know that a women can be strong and smart.

Even though, I was oblivious,

I soon caught up to his fair and ended it there.