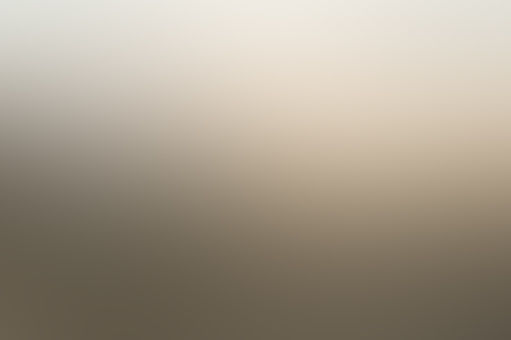 It was the day you will be in college this year, and one of your friends are also going to college but in a different university.

"Y/N I'm really gonna miss you!" Ashley was really emotional when you both are now going part ways to your university.

"I know, why must life be unfair to us?!" I said as I hug Ashley and we made some fake-cries that caught some of the crowd's attention.

"It's okay though, we are gonna see each other right?

I mean we have communication, plus we will have some weekend hang-outs like we used to" Ashley was really that kind of friend that always takes care of you and even when you're not by her side,

she will always know if you're okay or not.

"I know, but after that we can now start pur mini hang-outs okay?" Ashlry said rubbing both of my shoulders.

"I'm really gonna miss you" I hug Ashley and she hugged me back.

The school was nice, after that emotional moment with Ashley, I finally got inside of the university.

It was... Crowded, well ofcourse, it's the first day so maybe these are the new students that got lost 😂

But, luckily there's one of the senior that help me to get to my dorm.

"Thank you so much for helping me, I really appreciate your kindness." I said politely to the boy.

"Oh, you don't have to be that too polite, my dorm is also just four doors away to the right from your door." He had that cheekily smile on his face that I am really attracted with. "Boy, It's only the first day Y/N" I thought to myself.

"And by the way, I'm Jungkook, Jeon Jungkook, but you can just call me Kookie"

"I'm Kim Y/N, nice to meet you, and what year are you in?" I suddenly asked that question.

"I'm only in my second year, my hyungs are just one year ahead of me, I wish you can meet them someday, they're the best" He said making some gestures on his hands.

"Well, I hope so, okay, thanks Jungkook, I'll be going now" I said to him and wave at him then walk in.

"So this is what it's like to be in a dorm, it's nice, spacious, and-- woah! a kitchen and a fridge?! Now that's what I'm talking about!" You squeeled over the happiness that you are having right now.

"I assume that I will have a roommate?" More like a question than a sentence, I saw two beds with a nightstand in the middle of it.

Since I assume that my other roommate will have a duplicate key, I started to unpack my things and start to pick my own bed. Huh, the perks of being early, I guess.

While was organizing my things in my drawer, the door shut open by someone, maybe a group, its like there's so many people coming inside.

"Yeah, and I was like-- Who's this?" A girl wearing a croptop and super short shorts said pointing at me with a questioned look. "I didn't ask for an outcast to come here."

'What did she say? an outcast?' I thought to myself and I stand up looking at her frustrated. "Look, my name's Kim Y/N, and I was assigned here and I am your roommate."

"What? You? I thought I was gonna booked in with Hoseok?" She asked. "Who's Hoseok?" I asked to her.

"Guess you're new, well, miss Kim, go away, this is for me and my boyfriend's room, so better pack up and look for another room." She said to me. 'This bitch, I can just strangle her to death right now'. And ofcourse I just thought that, I'm not gonna do that, I'm weak.

So again, I'm outside of the dorm, not really knowing what to do, and there's only one person I can go to - and because he's the only one I know for now. Jungkook.

I walked to the door where Jungkook might be, I hope. I knock on the door thrice and the door was shut open by a boy who's so much taller than me 'I feel so small right now'

"May I help you?" His voice was deep, and his hair was slightly messy. "Is Jeon Jungkook here?" I ask him with a slight smile on my face. "Oh yes, he's here, why?" He asked me raising an eyebrow. "Hyung who was it?" I heard Jungkook asking and I saw him behind the tall guy.

He walks towards and door and we met each other's eyes and he recognized me "Oh hi Y/N!" He cheerfully said and showed his bunny smile. "What brings you here?"

"Uhh... Can I talk you in private?" I ask him and he glared at the tall guy and he immediately knew what he was trying to say "Sorry, I'll leave you two here" Then he made his way back to the dorm.

"I kind of have a problem.." I trailed off and make my lips into a thin line. "You know that there will be atleast two students in one dorm right?"

"Well, there's this girl that I was assigned to be in the dorm, and she just kicked me out when she saw me unpacking my things." There was silence so I just continued "She said that she thought she was gonna room with her boyfriend, It's Ho-Hoshook? I think, I don't know"

I heard laughter as a response, I look up at him and he was just.. laughing and that made me a little bit irritated, a little.

"It's Hoseok, Y/N. and yeah, that girl... she can be a little bit clingy to her 'boyfriends' but don't worry, we'll just assign you to another dorm. The registration office is still open so we can still make it." He said to me and he suddenly grab one my luggage. "Kaja!"

Good thing the receptionist is still here. We saw him just sitting there. "Annyeonghaseyo" We both said in unison and bowed.

"Good Afternoon to you too, what brings you here?" He politely said.

"We were hoping that this lady right here can change dorms, her last dorm was making her uncomfortable for some reason.." Jungkook pointing at me with those smiles.

"Miss Sana?" I asked raising an eyebrow. 'So that's the bitch's name huh?' I focused on the receptionist. "So you're assigned dorm is.... 362, Here's you're key, and please give back the previous one, the other roommate of hers is late, again". He rolled his eyes as I as handing him the key.

"Thank you sir, have a nice day" I said to him he just waved back and continued what he was doing.

"So he knows Hoseok?" I whispered to Jungkook as we were getting further from the receptionist. "Probably, that guy is really something to this school, and I'm one of his friends" He just shrug and we just continued to go to the dorm.

As we get inside the room, wow! the room looks more spacious than the other one, and it is already furnished. There were luggages scattered everywhere so I guess my other roommate is already here.

Jungkook helped with my bags and he said that he needs to unpack more of his bags so we already bid goodbyes and he left the room.

I was unpacking my things, again. Then not long after, I saw a girl walking outside of a door. "Oh hello, you must be Y/N, my roommate" She said softly as she was holding her phone.

As me and Rose get to know each other, here's her story:

She was born in the United States and moved here in SK because her mother needs her grandmother for the medical assistance and so they were staying here for about 5 years now, because their grandmother is still in critical condition. She also had a past boyfriend but that was 3 yrs ago when she was still in 1st year in college.

When they broke up, she never heard from him anymore, the rumors said the he moved into another university but she never believed it. She was the oldest of 5 siblings, her youngest was at the age of 12 a middle schooler in Seoul School of Performing Arts.

She was also an athlete, but only in Badminton and Volleyball 'I wish I was her' I thought to myself as she was saying that.

And ofcourse, since she told her story, I'm going to tell mine.

I was born in (your country) but We also moved here in SK when we were young because my dad was shipped to SK to work and have more profit. I was 5 years old when we got here. As time flies by, Me and my brothers started to learn Korean, and fortunately I easily learned it after a few weeks, except for my brothers keke.

I was a top student in Branksome Hall Asia in Jeju Province but I was transferred to Daegu High School in Daegu because my grandmother said that I will get better education there instead of that school, so by the time I was in high school I was transferred there.

I don't have any knowledge about satoori, I only know about the jejudo (Jeju Language). But after a few months of training before school starts, I finally learned it and now I can speak satoori. I was also a top student through out high school, I have friends but not to close, and there's this one guy friend that I like but maybe he hadn't any intentions on liking me back though.

THAT'S ALL GUYS! Stay tuned for more. Just visit my profile and there will be some new episodes for this story.

Bitch you thought it was a Jungkook fanfic? Dude, it was just an introduction. But really this is a Yoongi fanfic, and there will be a lot of jealousy Why would make the title 'jealousy' if there is no jealous part everytime? HAha, okay see you guys soon