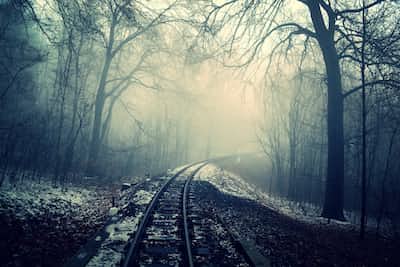 written by Angela Tsng What kind of these frighten you the most?

When the light goes down at night, You fight your fears as tears come. Sleep tight with the right lullaby, Fear arises with a sound to the ear.

Standing at the tip of the tower. Hoping it was actually lower. Take a glance at that height of death. Make a move and you'll be dead.

Clowns of horror dwells around children's homes, Scaring them as they go back to their nightmares. Those smiles which used to make people laugh, Now turns into evil grins to frown little ones.

Are you afraid of high-speed rides like this one? It looks exciting to many of us. In fact, it is quite a dangerous game. Little did you know, many died from this ghostly ride.

OR? Are you afraid of the dead? They might rise from their graves, Climb into your houses at night, And haunt you until the terror eats you up.

Afraid of demon-possessed dolls? As they crawl out from their look of innocence, They could be the most terrifying things ever! Children used to love playing with em'. Now we know..

- The End - What kind of things are YOU afraid of the most? If you ask me, I'm most probably afraid of the doll. Leave your comments. God bless all of you.