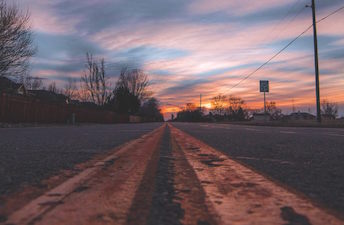 written by Angela Tsng Make this world a better place, for you and for me.

What is cruelty to you?

Cruelty, to me, is an act which is done, logically isn't fair to the victim, which hurts the victim more than an act of just impoliteness.

Cruelty could be any sort of abuse, bully, or even an unkind act towards a person, an animal, or even to a living soul.

Do you enjoy cruelty?

Or are you suffering from it?

Either way, we all must be aware of the fact that cruelty isn't fun, nor is it funny to make someone feel horrible.

The victim would be hurt mentally, whether is it a physical abuse, sexual harassment, or even down to the social or verbal bully.

Sometimes, we are not aware that ourselves are indirectly abusing someone. In other cases, we might not be intentional in doing so.

This is why school provides us with moral education. .We are banned from using inappropriate words so that conflicts could be lessen.

Yes, we do use those words with our close friends. Do bear in mind that it is rude to somehow use it in a debating situation when it isn't much of a deal.

Sometimes we tend to play around, without the intention to hurt the person's feelings.

If you think you've hurt one's soul, do let him or her know that you didn't mean it. It will let the person feel more joking around you, instead of feeling bullied by.

At times, we might not like a certain someone. We don't need to treat that person with cruelty. As a high schooler, I'd avoid talking to that person much, but without trying to hurt him or her.

Ignorance isn't cruelty, but it can hurt someone too. As long as you do not cross the line, sometimes we do things for our own sake. Do bear in my mind, we should all try to be kind to others.

As for those who enjoy making people feel bad, I do not need to judge, because I do not have your point of view.

I just want to let you know that we all are made human. We should not intrude someone else's emotions.

We should never treat animals lower than humans. Animals are creatures to be valued as much as we humans are. Stop abusing animals. Care for them. Love them. Do not abuse them in any ways.

Cruelty will destroy itself at the end. Make the world a better place, for all of us, you, me, us, them, her, him, and I. Spread Awareness Thank you.

Check out my friend's story: When Will it Be Stopped? written by Hisham Farhatt. Spread awareness. Spread the word. <3