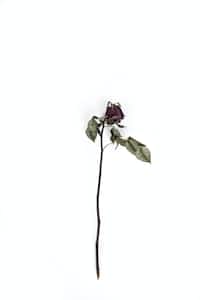 angelalourainea angst, fluff and romance coming your way
Autoplay OFF   •   a month ago
Transcript Use Images
This is a short story of the final moments of my character, Polar West. Enjoy!
fiction newdeathangstshort storyshortstory

She clutched her stomach, feeling the pain coarse through her veins. She should've at least put some cloth on it to prevent it from bleeding as much as it is now.

She glanced at her massive wound, starting to stain her top with blood. Shit. She thought to herself.

Demi bashed her opponent's head on the wall, causing him to bleed. She sighed with relief as she thought she was finally able to help the others with their rivals. She approached Nathaniel.

"How's the others?" She asked while slicing her opponent's throat with her blade. Nathaniel only grunted in response, finally giving the guy a final punch.

Demi glanced at him, only to find the Nathaniel she didn't wanna meet years ago. His face all scrunched up with eyes that could kill anyone who comes their way.

She shivered under her breath, taking notice of the cold breeze and Nathaniel's fists with... Polar's picture?

"Anything happened with you and Polar?" She asked slowly. Nathaniel only looked away, face filled with hot anger.

Demi didn't take notice of this, as she somersaulted into the air backward and killed in her foe's men. She knew something was wrong.

The only person who can piss him and calm him down at the same is Polar herself. She was about to ask something else when they heard a scream coming from the forest not too far away.

Nathaniel and Demi looked at each other, faces starting to fill with worry as they know who that scream belonged.

They rushed to the location, ignoring the twigs and branches scarring them. The only thing that filled Nathaniel's mind was what happened with her and Polar earlier.

He gave her everything, and she knows it. Heck, everyone already assumed that they were a couple before because of the time they spent flirting. And he knew. He knew she liked him.

But why would she turn him down? So harshly?

"I'm sorry, Nathan. But you're nothing to me anymore."

That nickname she gave him made him feel so special before. Thinking about it now makes him feel nauseous.

He arrived at the destination with Demica. They assessed the area, careful of enemies when they saw...

June. Holding a bloody Polar in her arms.

Demi's eyes started to water as she ran to them, heart beginning to sink. "June- June, what happened?" Her voice cracked on the sight of Polar coughing out blood.

"I-I don't know! I was- I was assessing the location, when- when I saw her here!" She stuttered, cheeks covered with dry and wet tears.

June kept on trying to tell Polar to hold on; back-up was on the way. But she was failing, clearly.

Polar's eyes started to droop as her grip on her shirt started to loosen. She knew she was gonna die. Right then and there.

So, instead of seeing her friends and family cry over her body, she smiled. She cupped June's face with all the energy she got and said, "J, you are the best friend anyone could ask for..

At that moment, June knew where this is gonna end. She started shaking her head vigorously, repeating the word "No" over and over again. Because of this, Polar just smiled broadly.

"You always were beside me and stood up for me whenever I was down and bullied.." She whispered, wiping away her best friend's plump tears. "You never let me down and always cheered me up..

" She chuckled, "You even did everything for me. Take good care of yourself, okay?" She asked, tears starting to form.

"D-Don't say that, Polar! You're not going any-anywhere! Back-up's coming and-" She was cut off by her best friend with eyes so soft she wanted to cry even more. "Okay, June?" Polar asked.

She never called her June. She always called her J since it was faster to say, as she was told. She never thought this day would come. Sure she thought of it one time, but that was only once.

Never then. She closed her eyes and kissed the back of her hand. Please don't go.

She smiled genuinely, a smile she never showed in years, as Demi thought. Demica had been a wonderful cousin with Polar ever since they were kids. They were so close.

Now, Polar was staring at her with those emerald eyes of hers. "Demi. You never left me." She laughed lightly; tears fell from her eyes as she continued, "You were never like my family.

Always so demanding, toxic, and complicated. But you, you didn't treat me like that." She took a deep breath as more tears flowed.

"You cared for me, took me in and loved me like a sister." She smiled lovingly at her. Demi closed her eyes and looked down, as she didn't want Polar to see her like this.

"You've already done your job." She whispered, taking Demi's hand. "Now, I want you to take care of June for me, okay?" She grinned widely.

June looked at her in surprise. Demi watched her with shock on her face, either. The bleeding lady just smiled under their shocked faces and slowly glanced at... him.

God knows how she loves him so much. How she craves for his touch, his kisses every night, and his voice. She loved everything about him. He made her feel so happy.

So loved and safe, especially... after that night. Oh, that night. He made her feel so gold she never wanted to be out of his arms and lips again. Never.

But things went a bit out of hand after a bit of time, and she had to let him go. Even though she never wanted to.

Polar smiled at the love of her life, the only man she ever loved. His skin was pale, and his eyes were filled with tears. Even though you're crying like that, God, you still look breathtaking.

She gestured for him to come closer, for him to hear her better. She didn't want this, but it has to be done.

He slowly walked to the frail body of the woman he once- no, he still loves. His chest feels so heavy, he couldn't breathe.

Nathaniel took the place of June as she and Demi moved away from the so-called couple. Her hands held his face so delicately, and she smiled. God, how he loves that smile.

He never wanted it to go away. But unfortunately, it will sooner. "You known how much I love you, right?" She whispered under her breath.

More tears fell out of his gorgeous eyes as she went on, "I have a lot more to say to you, but sadly, I'm running out of time.." She said before coughing out more blood than before.

He winced at the sight of her throwing up, so he clutched her tightly in his arms. "That night was the best night I've ever had in my life.

" She continued, her voice starting to go more fragile by the second. "You made me feel satisfied, enough, and.. loved." She smiled on his shirt.

"You know how much I love you. Even if I don't tell you, I know you do." She slowly looked up and stared at his chocolate brown eyes. How she'll miss those eyes.

Her blood started to drip out of her clothes and stain Nathaniel's shirt and jeans, making her shiver and feeble than ever before. Her eyes began to drop, and her breath started to go shallow.

Nathaniel overlooked him as he was caressing her in his arms like a baby.

Those were Polar West's last words before she took her last breath and slowly gave up. Nathaniel screamed her name over and over again, but it was no use.

And that was it. That's how this story ends.