Commaful
Shadow of the Grizzly 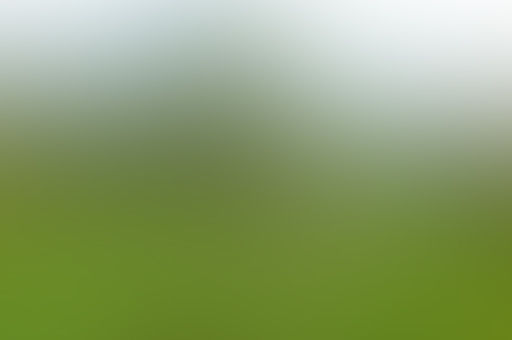 Shadow of the Grizzly

shadows along the edges of the worn path, as a soft breeze carried the scent of fall. The crunch of

leaves underfoot blended with the peaceful sounds of the coming night. The bucket of food Barb

carried was heavy and awkward to manage with her walker, but her babies depended on the food

she brought out to them each evening.

The summer had brought wildfires and drought to her little mountain paradise, leaving

the animals without enough food to get them through the harsh winter ahead. She wanted to be

hibernation. This year there were several other bears to worry about as well.

She had been feeding the wildlife around her cabin for years. Her husband, Everett had

always taken in injured animals or orphaned babies. They had always shared their love of

animals. Widowed a decade ago, and with her son off living his own life, the quiet and emptiness

of her house had nearly drove her crazy. Then Barb had found a young bear that was far too

young to be away from its mother, half starved and unable to fend for itself. She had taken pity

her cabin. That bear had grown and before long others had shown up as well. As time had passed

the few friends she had stopped visiting, scared off by the bears frequently seen around her

Her son, worried for her safety, had tried repeatedly to get her to stop feeding the

animals. Finally giving it up as a lost cause, he had convinced her to let him put up a tall, sturdy

fence around her yard and driveway. She thought he was being silly, her babies knew that she

was trying to help them and would never hurt her. Carrying the food out hadn’t been a problem

for her until this year. She had slipped on the icy stairs of her porch last winter and broken her

hip. Her recuperation had been slow and left her needing a walker.

While she had been laid up, her babies had gotten bolder. They had started coming closer

to the cabin in search of food. Although they had never gotten in, several windows were broken

and a section of fence had been damaged. Even so, they had never acted aggressively toward her.

Most of the bears had gentle personalities as long as you didn’t get to close to the cubs. She had

never been afraid of them until Grumpy showed up. He was a lighter color and much larger than

the other bears, with an aggressive temperament. He would hang back and chuff at the other

bears then charge to bully them away from the food she had left for them. He had even stood up

and growled at her after she had moved back into her fenced yard a few times.

Earlier in the evening, when Barb had been putting on a sweater for the walk out to the

feeding area, her son had called to let her know she was going to be a grandma. News she had

been waiting for since her son had gotten married a few years before, she was absolutely thrilled.

They had talked for a while about her moving closer to him and off her patch of heaven. Barb

had promised to think about it but made no promises. She had lived in this area of Montana since

her early twenties, and though it was a bit isolated, she loved the life she had built there over the

last forty years. When she finally walked outside it was much later than she normally would have

been out, and the shadows made the path tricky to navigate.

Lost in thoughts of her impending grand baby, she didn’t notice that she was no longer

alone. On the other side of the fence soft footfalls kept pace with her. She might not have noticed

beside her. Startled she lost her balance and dropped the bucket.

path, but all she could see was a dark shape among the tall grass near the bank of the creek.

“Is that you Mama?" She called, hating the fear she heard in her voice. All of a sudden

the shadow reared up on two legs and a loud roar broke the quite of the evening. Frightened, she

stumbled back but her foot landed on an apple that had rolled from the spilled bucket. She fell

with a loud cry of terror.

The bear angrily charged at the fence, tearing free the bottom of the wire. He couldn’t get

all the way through but his large claws managed to catch onto the bottom of Barbs slacks.

Screaming in fear and immense pain, she tried to scramble away from the claws but it was no

use. The bear dragged her leg under the broken fence and into its waiting mouth.

claws and two inch fangs. Barb knew that her only chance was to get away from the bear and

make it back to her cabin. The bear not wanting to lose its meal pulled her under the fence. The

jagged, torn metal of the fence ripped through her fragile skin, and tore clumps of hair and scalp

from her head. The blood from her lacerated face and scalp trickled into her eyes and obscured

her vision. She flailed around desperately, searching for anything she could use as a weapon to

drive the massive bear off of her. She felt a heavy branch within reach. Grasping it tightly she

struck the bear across its nose and face as hard as she could manage, losing the branch in the

frantically tried to crawl away. Clawing at the ground, she tried to ignore the agony coursing

through her battered and bleeding body. With a ferocity that shook her like a rag doll the bear

clawed and savaged her body until she heard and felt bones shatter. With every moment that

As the bear ripped brutally into her skin tearing out huge bites, she gave in to the

blackness waiting to claim her. The huge grizzly, sensing the fight was over began to eat at a

more leisurely pace. When he had his fill he dragged the remains of Barb’s body to the edge of

the creek, keeping his food safe from the other hungry animals in the woods around him while he

drank and slept nearby.