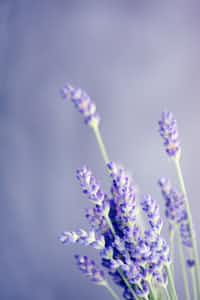 angel_voice I write stories and short novels.
Autoplay OFF   •   17 days ago
Transcript Use Images
This story is Part 1 of Eve's life. Unfortunate Eve. Learn how Eve tolerates a spoiled girl such as Maria and her father who has turned the whole company against her. Will blessed beauty Eve be able withstand it or will she fight back.
thoughts #angel_voice#爱你#never_give_up

Eve had a normal life just like any other twenty three year old woman.

She had a best friend, she was working for a very successful company which she has been working for for about six months and she was often described as the blessed beauty or Snow White because,

well, she was very beautiful. Her hair was beautiful as Rapunzel's, just not that long. Her skin was, yes, as white as snow and not to mention she was smart.

But unfortunately, Eve didn't know what was going to hit her when she went to work on a very unfortunate day.

It was just any other normal day for work when her roommate who was also her best friend, Lia, was sick.

So, apart from her daily routine, she made some herbal tea for Lia and also gave her a warm rag. She stayed with her for a while and then left for work.

At work, Eve was admired by her colleagues, but one, who was the daughter of the owner of the company, Maria.

She was jealous of Eve because she was so smart and beautiful, had such gorgeous hair and was always so admired but Maria wasn't going to let Eve step into her territory and win what is hers,

fame and credit. After all, Maria had tolerated Eve's so called fame and credit for over six months, she couldn't withstand it any longer, so she came up with a plan to get rid of her.

Eve had just finished a load of work when she was called to Maria's office.

When she arrived, Maria, sitting in her chair, had spun around with a sinister smile on her face and said " Eve, are you happy". Eve answered "Why wouldn't I be happy Ms.

Scott" she replied "Oh, didn't you get the message" "What message" asked Eve. "That you are now on a trial period Ms. Nightingale" replied Maria with happiness spilled all over her face.

Eve then asked "Why have I been put on a trial period Ms. Scott". Maria said "I am the vice president of this company, I don't have to reply to you now, do I ".

With shame replied Eve, "No, no, of course not Ms. Scott. I will be off then".

As soon as Eve left the room Maria laughed with happiness and was about to proceed in her plan to get Eve out of HER company.

As Eve walked back to her desk she wondered, why she was put on a trial period all of a sudden.

She whispered to herself, "I have been doing good, haven't I? I haven't caused any troubles in the past six months so........

why" She would of continued to wonder off if Lia hadn't called her on the phone. Eve said "Lia are you okay" Lia replied with a hoarse voice, "I wouldn't be calling you if I was alright.

I feel really sick" Eve then said "Hang on Lia, give me a moment, I'll make a report to my boss and then I'll be right over".

Maria was there doing paper work as she suddenly looked up and found that Eve was standing there hesitating to speak, so she did it for her by saying " Are you a statue, are you dumb ?

If you have something to say, say it before I loose interest" Eve replied "My roommate is sick and..... um.... she can't care for herself so I ...

" "Are you finding an excuse to leave work and take the day off" Eve said "Of course not Ms. Scott I just..

" "Do you know that if you leave work for a situation not that serious while on trial period, your trial might end sooner" replied Maria.

Eve wanted to say so badly that she didn't even know why she was put on trial period after her first trial period ended four months ago, but she couldn't disrespect Maria at such a time.

Instead, she just replied by saying that she would call a helper for Lia.

She then called Lia and told her that she would have to call a helper to take care of her instead. She found a suitable five-star rated one online, called her and sent her the address.

The helper called after 3 pm and said that the patient was sleeping and that she just left. Eve has worked so hard for the day and couldn't wait to arrive home.

Eve didn't know what next would hit her upon arriving home.

That's it for Part 1 of Unfortunate Eve. Next part will be published tomorrow. Stay tuned!

Remember to share your opinion on my story, hope you all love it.