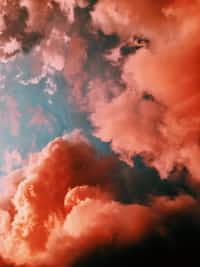 andreaeckhoff Community member
Autoplay OFF   •   a month ago
Transcript Use Images
Rebecca West hates her boss. Will she have the guts to stand up to him and leave her job? Or will she succumb to her newfound feelings about him?
fiction officeromancebossassistantromance

My boss is an insufferable bastard. He knew I had my niece's christening tomorrow. I had requested specifically to be off, as I come in every other weekend to work.

Not that he'd ever show his face at work on a Saturday. My sister would be disappointed, but not surprised. I made the call to Danielle to tell her the bad news.

She understood how much I despised him and how much missing baby Michaella's christening would hurt me. My boss would get his one day.

I was the assistant to a media mogul that would trade his mother to land a deal. He was ruthless, with no ounce of compassion in him. He never treated me with respect. I was beneath him.

But missing the christening was the last straw. I would be quitting. I already drafted up my resignation letter and had it ready.

It wouldn't take effect until two weeks from now, but at least I'd never have to see that asshole again.

As I picked up my coat and purse and was halfway out the door, Mr. Asshole called me into his office.

"I need you to come in on Sunday as well," he said.

I tried to keep my temper under control. But he noticed me clench my fist.

"Is there a problem?" he asked.

"If you would excuse me for a moment. I'll be right back." I turned and scowled.

I stomped over to my desk and reached under to grab my satchel. Pulling out my resignation letter, I cursed softly. With resolve and slight worry, I marched into

Mr. Winston's office and slammed my two weeks' notice on his desk. He was not pleased.

"What is this?" he asked, his nostrils slightly flared.

I looked him straight in the eye. I would not flinch or blink.

He smirked at me.

"Ms. West, how long have you been with this company?"

"And why do you think I allow you to continue to work here?"

I looked out the window behind him. I could see the New York skyline. Simply beautiful.

"Well?" he was growing impatient.

"Because I am damn good at my job. But I really can't stand working for you anymore."

I wish I hadn't said that last part. I waited for him to yell at me like he had many times before. But his face was neutral. No emotion.

"Frankly, Rebecca, I'm a little blind-sighted. I thought you were happy here. But fine, if you think you can find a better job then I'd be happy to approve your resignation."

He'd never called me by my first name.

When I came into work the next day, I noticed Mr. Winston's office door ajar. I called out for him and there was no response.

I tentatively tiptoed closer to his office, grabbing a stapler on the way. As I opened the door, I raised the stapler and was prepared to throw it. To my surprise,

Mr. Winston was sitting at his desk, working.

"Good morning, Ms. West," he said, not looking up.

"You scared me, sir. I thought you were an intruder." I lowered my makeshift weapon.

"What were you going to do? Staple me to death?" He smirked.

"I was trying to protect myself, sir," I answered a little too sharply.

He gave me a stern look, then looked down, dismissing me.

Something was awry. Why had he come into work today? I couldn't think of a reason. Walking over to my desk, I noticed some files. But it was half the load I normally had.

With these lightened files, I'd be in time for the christening. I smiled. Then frowned. Mr. Asshole would probably give me a surprise last-minute assignment.

I started my work and hoped that wouldn't be the case.

I glanced over at Mr. Winston. His hazel eyes cast downwards and his black hair fell on his face slightly. The other girls in the office thought he was attractive.

One even put it like this: he puts the 'G' in 'OMG.' His first name started with the letter G. She thought that was clever. I was too busy hating him to notice before. He was attractive.

Just then, he looked up, and I realized I'd been staring. I quickly averted my eyes.

At lunchtime, he ordered us sub sandwiches. Somehow, he knew my preferred order, turkey with bacon. I thanked him and offered to pay him back. He waved his hand and said not to worry about it.

I thanked him again, and he motioned I had a bit of mayonnaise on my chin, the hint of a smile gone. I wiped it with my napkin. He was acting strange; borderline nice and then cold again.

When the end of the day rolled around, I peeked into his office. He was reading a document, his Buddy Holly-Esque glasses resting on the bridge of his nose.

"I'm finished with my work. I wanted to ask you if I could go home."

"To your niece's christening, you mean."

"You may go. You're still coming in tomorrow, correct?"

He gave me a nod, and I high-tailed it out of there.