Commaful
A Letter for You 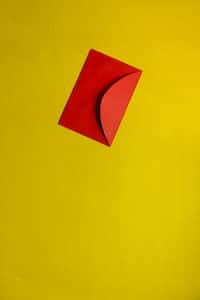 andidemilovato Still learning. Be kind.
Autoplay OFF   •   10 days ago
Transcript Use Images
I hope you read my soul through this letter. I'll send it through the wind and let the birds read it for you.
letterignoredlove letterloveletterhatredunderstandingcontentedsuicidaltrigger

A Letter for You

How are you? It's been so long since we last talked. Sometimes, I found myself mad for being a no one to you. Do you even thought about me?

I don't know what happened. From you being so caring about my cuts, caressing my scars that sent comfort to my being, to none. Those were just what you left me, memories.

Do you even remember that one time you scolded me? We were not that close, but you still cared. I was happy that time. A smile was plastered on my face for the entire day.

Who would thought that I'll be such a creeper because of a scold?

Have I ever told you how you make me smile even though I wasn't the one you were talking to? I love how your voice sounds.

Everytime we ate lunch together, how I wished that you talked to me. You only talk to me when you're going to scold me and just by that I was happy.

But can I atleast have some normal conversation with you?

One morning, while our professor was still out, you sat beside me. I was sitting at the further corner of the room and was busy playing games in my phone.

I was startled by the mere fact that you approached me. You even smiled at me but your smile fell when you saw a fresh cut from my wrist. Then we're back to your same old ways, scolding me.

I was a fool. Did you know that? I was happy with the scolding you giving me cause that's the only way you noticed me. The only way to make you talk to me.

I even started doing more terrible things just to be noticed by you.

I tried to change myself. To be better so I can fit your little circle of friends.

I tried approaching you in a different way but why was it that you did not even bother to throw a single glance at me? You did not even answer the single question that I asked.

But this one woman who asked you the same question, you even explained the entire thing to her. Was I not worth of your time?

Time passed by that the anger that I haven't recognized became obvious. I thought I was mad at myself but as I can finally see it, I was starting to get mad at you.

I was mad that you just kept on ignoring me when you can actually talked to me about it and clear things up.

Am I that dumb not to realize how you treat me? Ofcourse, I am. I was a lovestruck who just keeps following you around like a lost puppy. A single word won't hurt you.

We were seatmates but you never uttered a single word at me.

Then, I was back again to blaming myself.

were supposed to do.

But can you blame me? It won't justify what I did was right but I wasn't the only one who were agitated by you. You were wasting our time.

I was embarrassed about that. I avoided you for awhile. Avoiding that I started skipping classes.

Did you know what's the worst thing I did? It was letting myself get affected by someone like you. I should have known better. I should have done better.

But back to zero again. I heard your laugh and that's the end of every control I had in my body.

I was jealous that someone made you laugh. I was hoping that I could do that to. I'm really losing my mind, am I?

Things turn a bit good for me. We started to talk to each other again. We were civil with each other, but was that it? Civil? Acquaintance? We haven't even reach the point of being friends.

That's fine. I think. But then, good things must come to an end. After the shared activity you started to ignore me again. We were back to being strangers!

Do you know what's worse though? You were a big liar. You, telling your friends that we're good was a lie. We weren't, we never were.

Why did you have to lie about that? Why did you lie that we were friends again? What are you trying to do?

I should be mad, I know. But what I did not know was why this stupid head of mine wasn't. I was starting to hate myself doing back and forth but gaining nothing.

I hate to admit it but I like you. NO, it wasn't just a like. I'm starting to love you. The painful times doesn't waiver the feelings. It strengthens them.

I wanted to deny it but it was obvious that I did. You were always inside my head, even before and after sleeping. You were my dream at nights. I even asked the cards if you love me back.

But I guess, that's all it would be, memories. You're finally living your life and I'll be fine just by watching you from afar. Watching you smile, laugh and even blush.

While we were taking our journey, reaching our own goals. Let me used you as my inspiration. But I won't lose hope, because I missed you so much. Please talk to me again, just one more time.

Until next time my dearest.

PS. I just want to ask you something. Did you noticed me back then because I came from a prestigious known school? A school were smart ones belong.

Sorry to disappoint you if I haven't met your expectations but if it was because of that, I won't mind. You know how much I adore you anyway.