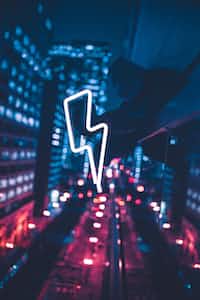 “Next year, when you turn 14, you will be granted a superpower.” He stops to watch everyone’s eyes widen as they all look around in amazement. “Now before you all get excited,” he chuckles, “some of you will get a superfear in addition to your power.”

The memory plays on repeat in Eden’s head as her mom drives her to the school. Today is the day that she’ll finally receive a superpower. Possibly a fear too, but she hopes that she gets lucky and only gets a power.

“Are you nervous, Eden?” Her mom asks which startles Eden from her thoughts. “A little.” “I was too when I was your age. But now it’s your turn to get a power.” Eden nods understandingly even though her mom can’t see her face.

She looks out the window and sees the school building in front of the car. “We’re here!” Edens mom exclaims as she parks the car. “Have fun!” “Thanks Mom.” Eden hugs her mom then gets out of the car.

She looks around and sees her friend Juniper skipping towards the school. “Juniper!” Juniper turns around and when she sees Eden, she runs over to her. “Hey Eden! Are you excited to get your superpower?” Juniper asks with bright eyes and a broad grin on her face.

“Yeah. I’m a little nervous though.” Juniper frowns. “Don’t be nervous, Eden. There’s nothing to be worried about.” She wraps her arms around Eden in a hug and Eden hugs her back.

They pull apart and continue walking to the school. The smile on Juniper’s face widens as they get closer. “I hope I don’t get a fear,” Juniper says while Eden opens the door for her. “Yeah, I hope I don’t either,” Eden replies. She continues holding the door for the two girls behind them, Kelly and Jade.

They’re holding hands as they walk into the school. “Thanks, Eden!” Kelly and Jade both say at the same time. Then they both walk into the school, quickly disappearing into the crowd. Eden walks inside after them and hears Juniper sigh. Juniper has had a crush on Kelly ever since middle school, but she started dating Jade last year.

Juniper sits in the chair that’s a couple rows back from where Kelly and Jade are sitting and Eden sits down next to her. They watch as the principal, Mr. Harrison steps onto the auditorium’s stage. “Welcome,” He announces into the microphone that he is holding, “today everyone will be receiving their superpowers and superfears.”

The crowd of students in the auditorium erupts into cheers. “Everyone take a seat,” Mr. Harrison shouts as the cheers start to die down.

He sets the microphone down and carefully grabs the cart full of papers. One of the secretaries, Mrs. Sanchez, starts calling out students’ names to receive their paper. Eden listens as the names are called. She hears Juniper’s name and grins as Juniper walks up to the stage to grab her paper.

Shortly after, Eden’s name is called too. She quickly and eagerly walks over to the stage. Once she’s on the stage, Mr. Harrison hands her a piece of paper. She glances down at her paper and sees that she only has a superpower. Taking a closer look, Eden sees that her superpower is ‘time stopping’. She beams, that sounds like a cool power.

When Eden gets back to her seat, she sees Juniper sitting down, staring at her paper. “What did you get?” Eden asks. Juniper looks up at her, smiling. “I got teleportation for my superpower and rain for my fear.” Eden smirks. “I didn’t get a fear.”

“Aw, you’re lucky! What’s your power then?” “I got time stopping.” Juniper’s eyes widen. “That’s really cool!” “Yours is cool too.” They continue talking about their powers until Mrs. Sanchez finishes calling out names.

Mr. Harrison comes back onto the auditorium’s stage. “This concludes our afternoon. But before you leave I have one last reminder. That is: if you misuse your power, I am allowed to take it away from you. You are all free to go now. If you have any questions regarding your power or fear stay behind.”